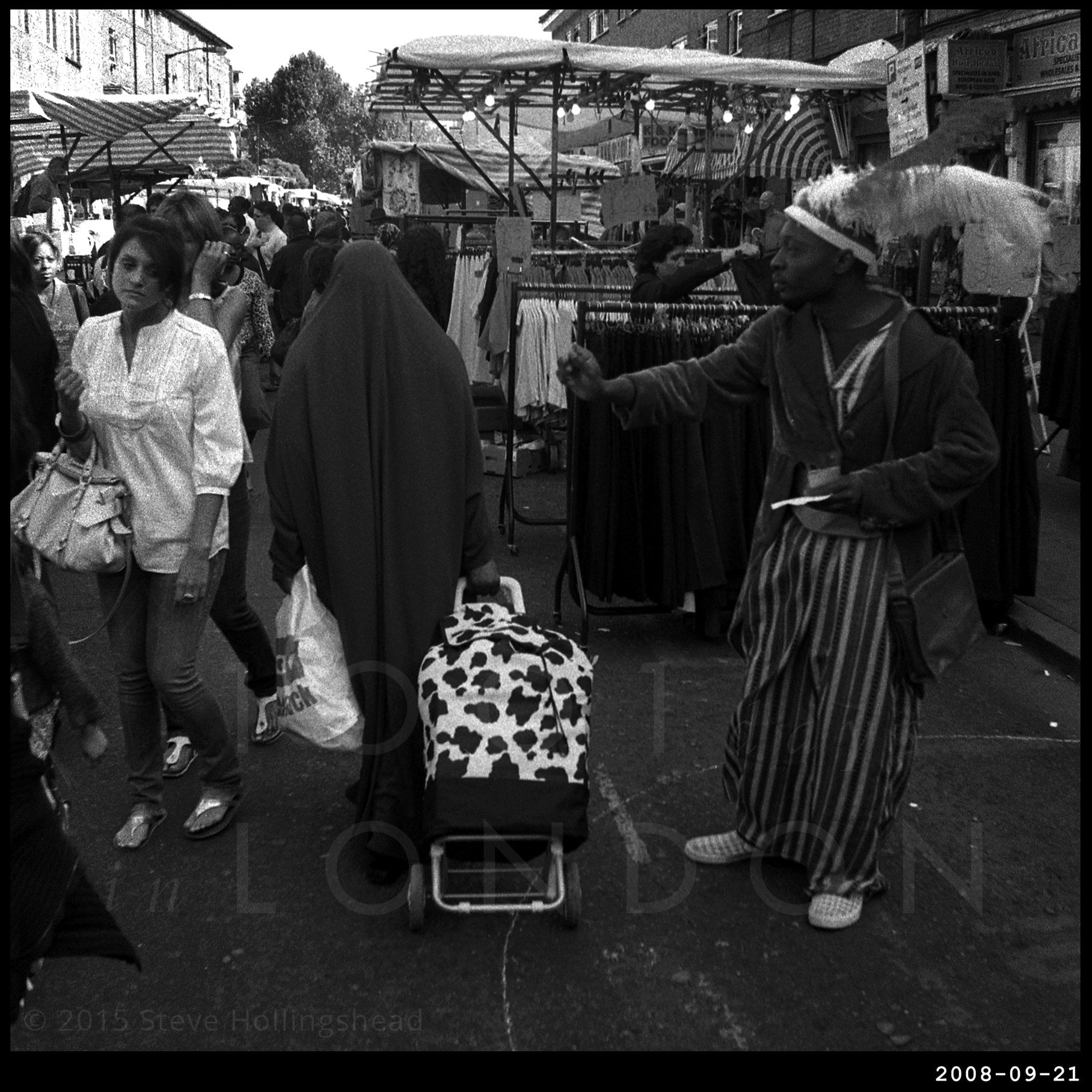 One of the oldest and liveliest street markets in London (although the removal of the Heygate and Aylesbury Estates will have a major impact on the demographic of the neighbourhood, with the incoming residents probably expecting nothing less than a Waitrose for their fruit and veg), East Street Market, or The Lane, is also noteworthy as (purportedly) the birthplace of Charlie Chaplin and as the site where Herbert Stead campaigned passionately for a State Pension for those over 65.

The centenary of Stead’s finally achieving his goal in 1908 was celebrated with a day of activities organised by the Southwark Pensioners Action Group which included locals, young and old, performing in period costumes 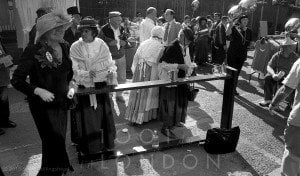 One of the celebrated characters associated with the market was Ras Prince Monolulu, a horse racing tipster nationally recognized for his colourful headgear and his cry ‘I gotta horse’ . I’m not entirely sure this particular chap actually had any idea of who he was impersonating (let alone the baffled looking shoppers reacting nervously to his proffered slips of paper), but at least some of the local pensioners had a lively day out.

There is an early 60s Billy Fury film called ‘I’ve Gotta Horse’, but I reckon Stubby Kaye gets closer to the spirit of the moment.