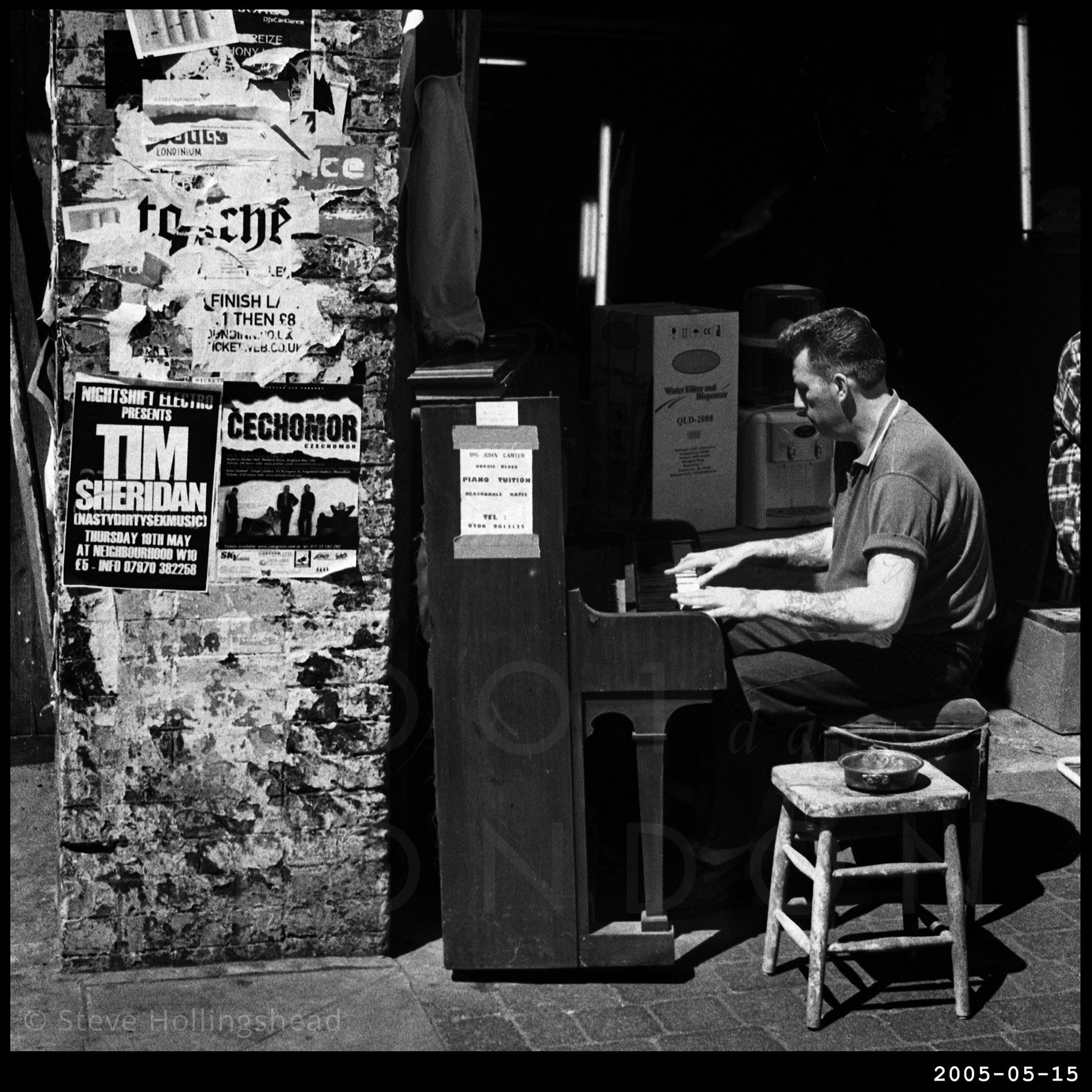 Brick Lane, a stone’s throw from the vast corporate wealth of the City of London, has long had a reputation as a haven for immigrants and refugees over the centuries, from French Huguenots in the 17th Century to the Irish and Ashkenazi Jews in the 19th century, and most recently, Bengalis. 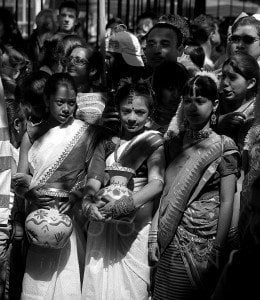 Despite the growing influence of the latest wave of migrants from the land of sculptured facial hair and craft ale, the Bengali community is still established enough to celebrate their new year with one of the largest Asian festivals in Europe.

What we see here, however, is a representative of that other endangered species in this neighbourhood – the genuine East Ender. For no sooner has the colourful & noisy procession of drummers, floats & sarees passed down this famous street on its way to the main festival site in nearby Weavers Fields, than the sounds of Boogie Woogie piano can be heard, created by the hands of the legendary Big John Carter in front of one of the few remaining bric-a-brac stalls in the ever-evolving Sunday Market.