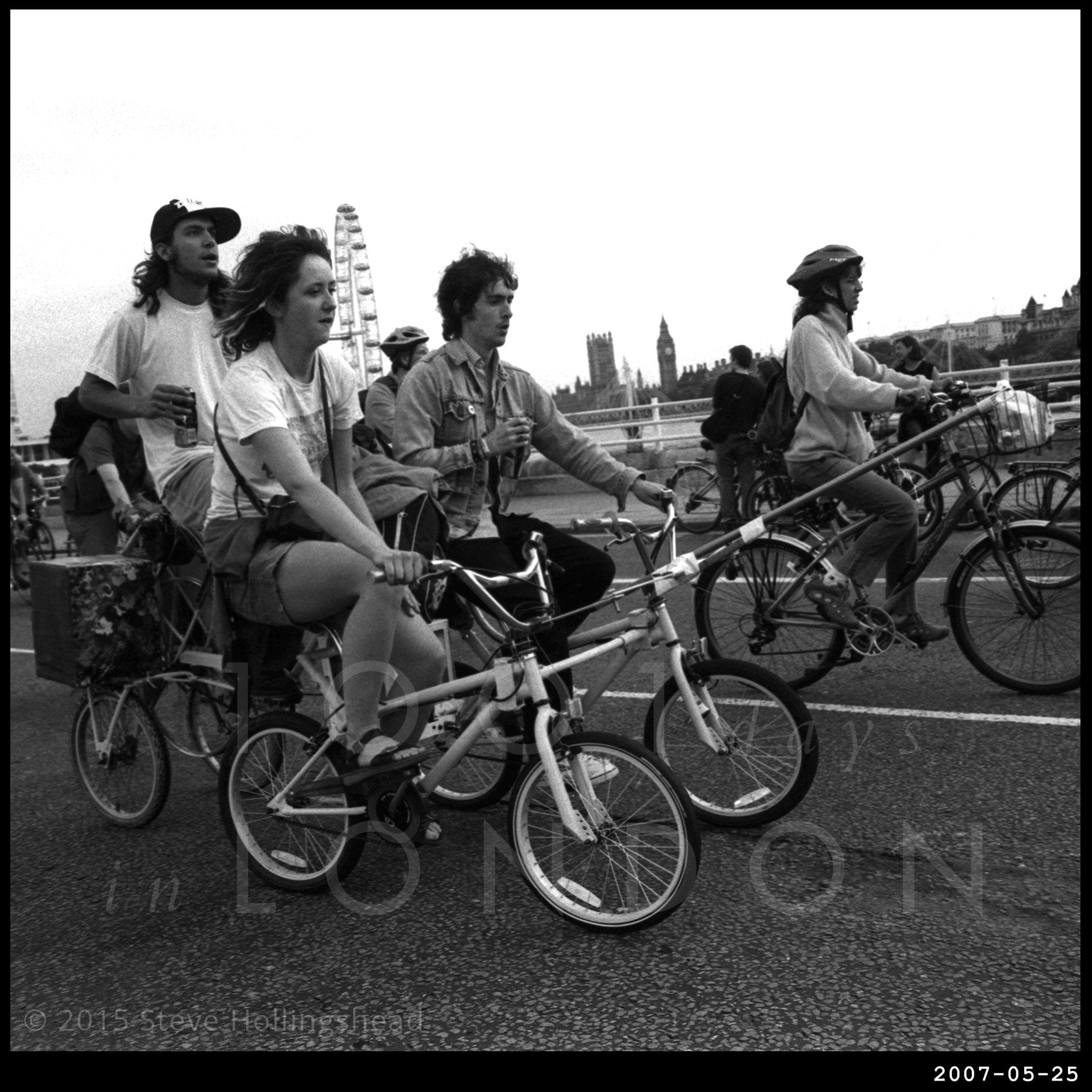 The last time I tried to cycle with any vigorous intent (hungover & out of condition, admittedly) I ended up temporarily blind, which isn’t an ideal when attempting to negotiate London’s occasionally chaotic streets. Cycling with perfect vision in this city is perilous enough (though there are worse places to nip out for a bit of a pootle).

So, as a way of protesting against the petrol bias of the city’s transport infrastructure, the concept of Critical Mass was employed, in which hundreds of cyclists gather once a month on the South Bank & go for a leisurely tour of the West End. During Friday evening rush hour. 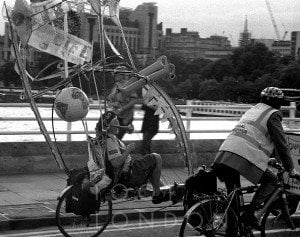 This movement began in San Francisco in the early 90’s & within 10 years had spread to over 300 cities, and the enthusiasm doesn’t appear to have diminished over the years. It is, it must be said, not enthusiastically endorsed by everybody.

And such a compelling term as ‘Critical Mass’ is bound inspire the odd musician, isn’t it? Whatever your tastes, it seems.