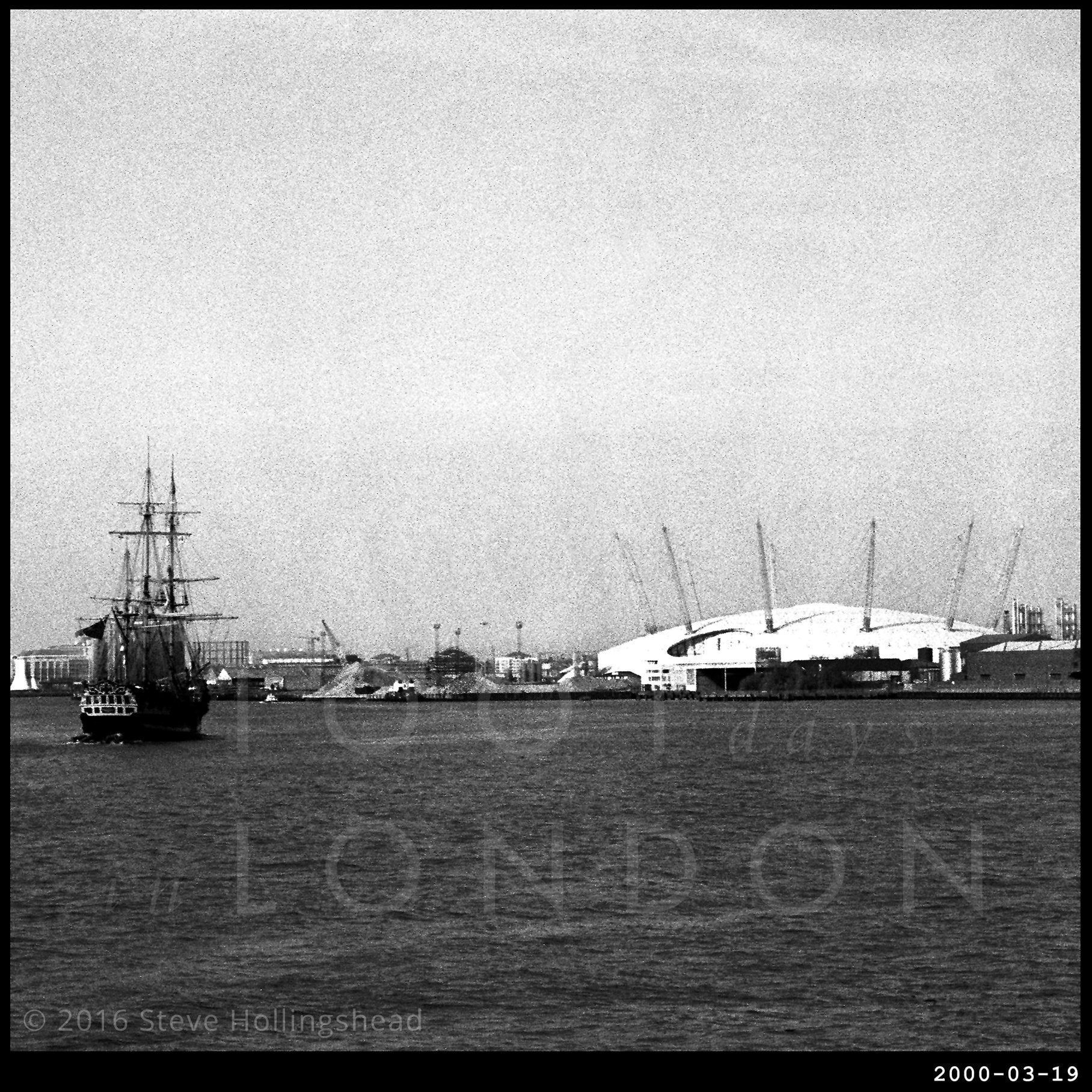 This little period piece was taken very early into the new century, so the building on the right here isn’t yet the peculiarly named ‘Theo too‘ we know and love today. It wasn’t even yet the White Elephant that sat there unwanted for five years following its less than glorious year as a major New Millennium attraction. No – at this point in time, people were still queuing in their hundreds to see what all the fuss was about. That’s all forgiven now.

Anyway, we’re here sitting enjoying the view from the upstairs bar of the famous Cutty Sark pub (confusingly for tourists, nowhere near its near-cocooned namesake) on a riverside stretch yet to be engulfed by developers. 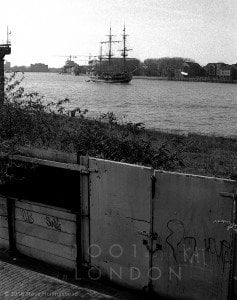 It’s even made an appearance in the odd film [around 50 minutes in if you can wait that long], but that’s nothing compared to the celebrity of the old looking boat that appears to be training its cannons on the giant tent ahead of it. For that is (or was) the Grand Turk – star of numerous period dramas, (particularly the epic series Hornblower) and various maritime commemorations. It was actually built in 1996 (to a 1741 design) and has since been sold to the French. C S Forester will be spinning in his grave.

I’ve no idea what this all has to do with a band called Hoobastank, but at least it’s not Adam Ant…