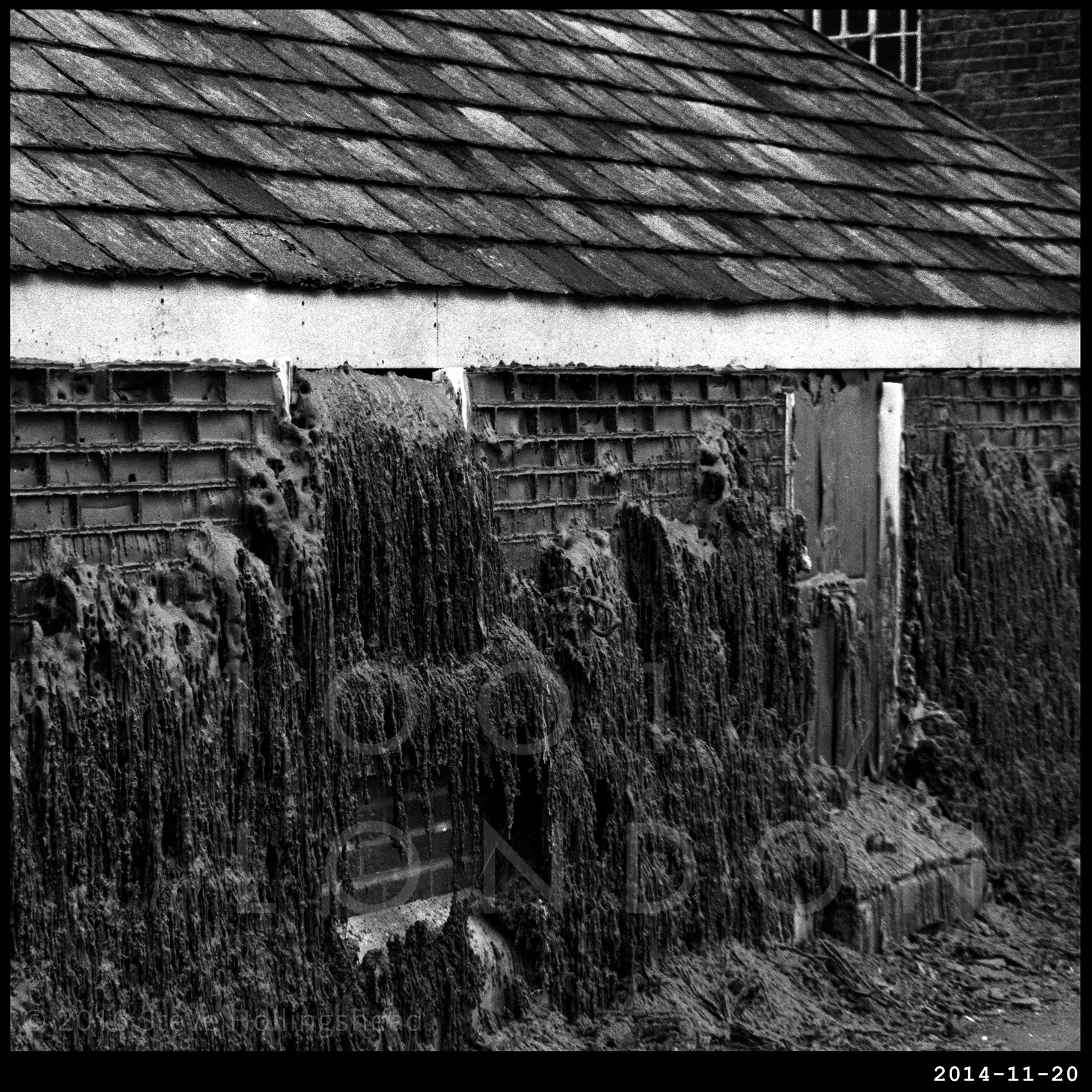 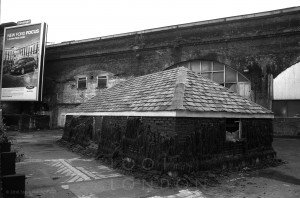 So, climate change is very much upon us, as those of us without an agenda are well aware; but a sudden, highly localised heat wave in early November is surely the stuff of Science Fiction [as proposed by this classic film, ruined by the preposterous notion that the Daily Express is a respectable newspaper]?

Yet here we have a fine two-storey building just off Southwark Street reduced to, well, a one-storey building in a couple of weeks. Ok, it’s probably not wise to build your house with wax bricks, but still… 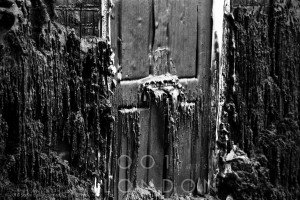 Thankfully there’s a notice here explaining it all, and we discover we are again experiencing the creative genius of architectural illusionist Alex Chinneck. A natural progression from his Margate piece a few years earlier, the project featured as part of that year’s Merge arts festival. And, not surprisingly, it also featured night-time teams of volunteers on ladders with blow torches, as it seems the average November temperature hasn’t quite reached the wax-melting level. 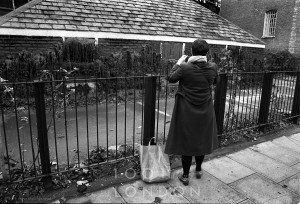 Incidentally, the small patch of wasteland utilised for the project is proposed to eventually become a part of the Low Line, an ambitious urban planning initiative revitalising some the ‘dead’ spaces and arches under the railway line heading from London Bridge to Waterloo, demonstrated in 2016 by the openings of the Union Yard arches and Flat Iron Square  (which, back in 2014, did look a bit sad…). 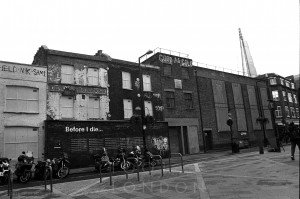 Meanwhile elsewhere, they’ve approached the melting building concept slightly differently in Paris, twice. And watch the guy in the waistcoat get really hot to Booker T in this.