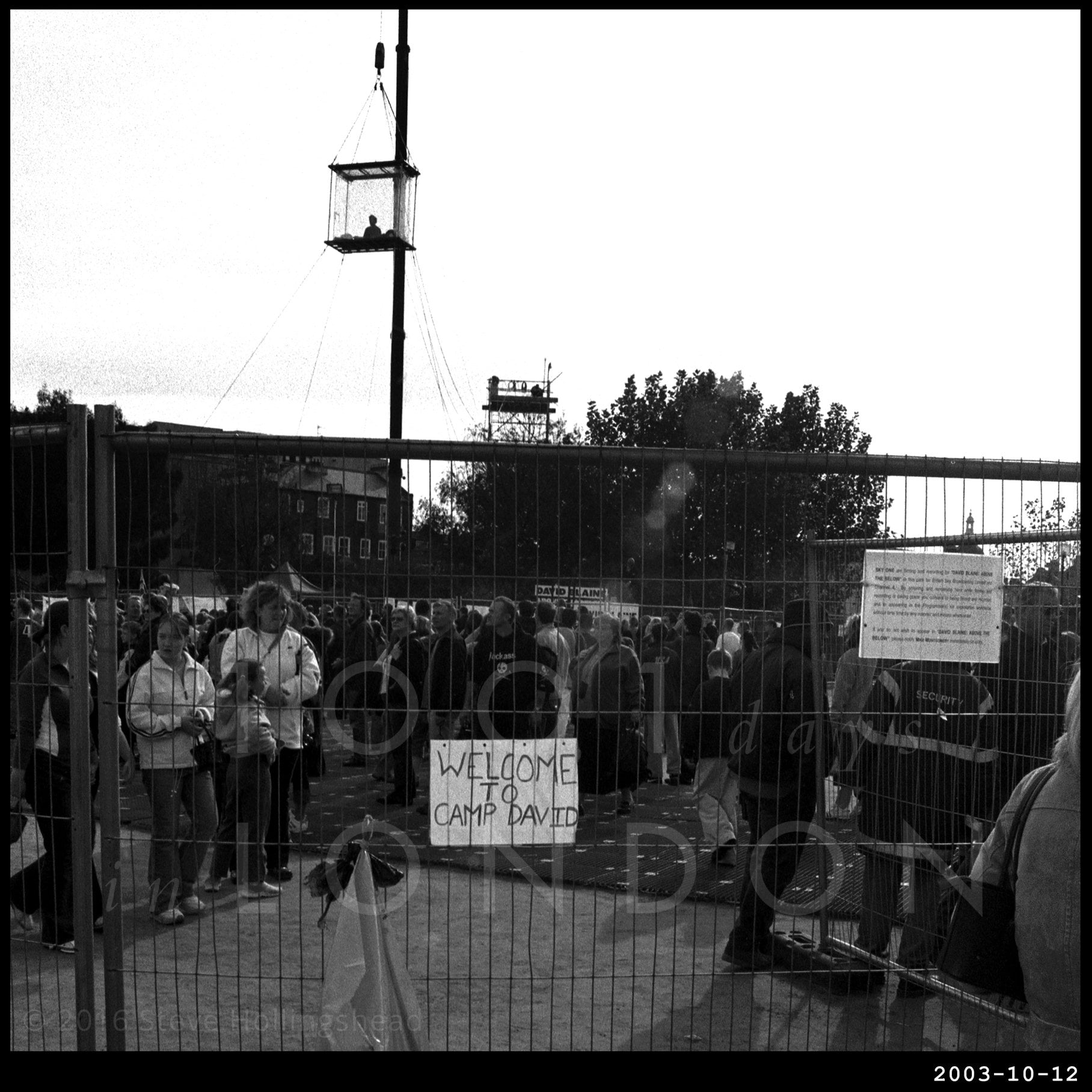 One of London’s unsung heroes – probably because he was so far ahead of his time – was housing campaigner and activist David Blaine, who, in order to highlight the plight of the many thousands of homeless people and the inability of so many to find affordable accommodation in London created a ‘home’ for himself in a suspended cage in a place where (in a few years’ time admittedly) developers would build an unsightly collection of expensive homes, most of which would be sold off to foreign investors. 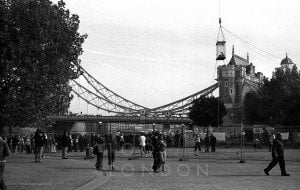 Regular visitors to Potters Field Park will not be unfamiliar with the occasional strange and unusual event taking part on the former piece of wasteland next to Tower Bridge.

Unfortunately, this noble act – which lasted for 44 days – was misunderstood by a proportion of the British public, and after initial curiosity, began to treat the event with some disdain. 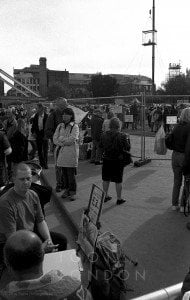 Thus, in a manner reminiscent of the medieval Southwark Fair, the sport of ‘Blaine Baiting’ was created, and itinerant tradesmen selling cheap goods began to spring up around the exhibit. 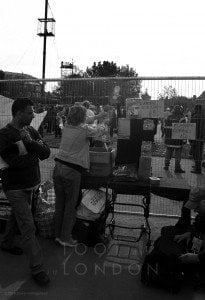 Blaine himself returned to his homeland in the US, where they obviously have more appreciation of his special talents, and managed to meet some very important people. And these chaps even got on a roof to commemorate his experience (though I may have got some of this a bit wrong).