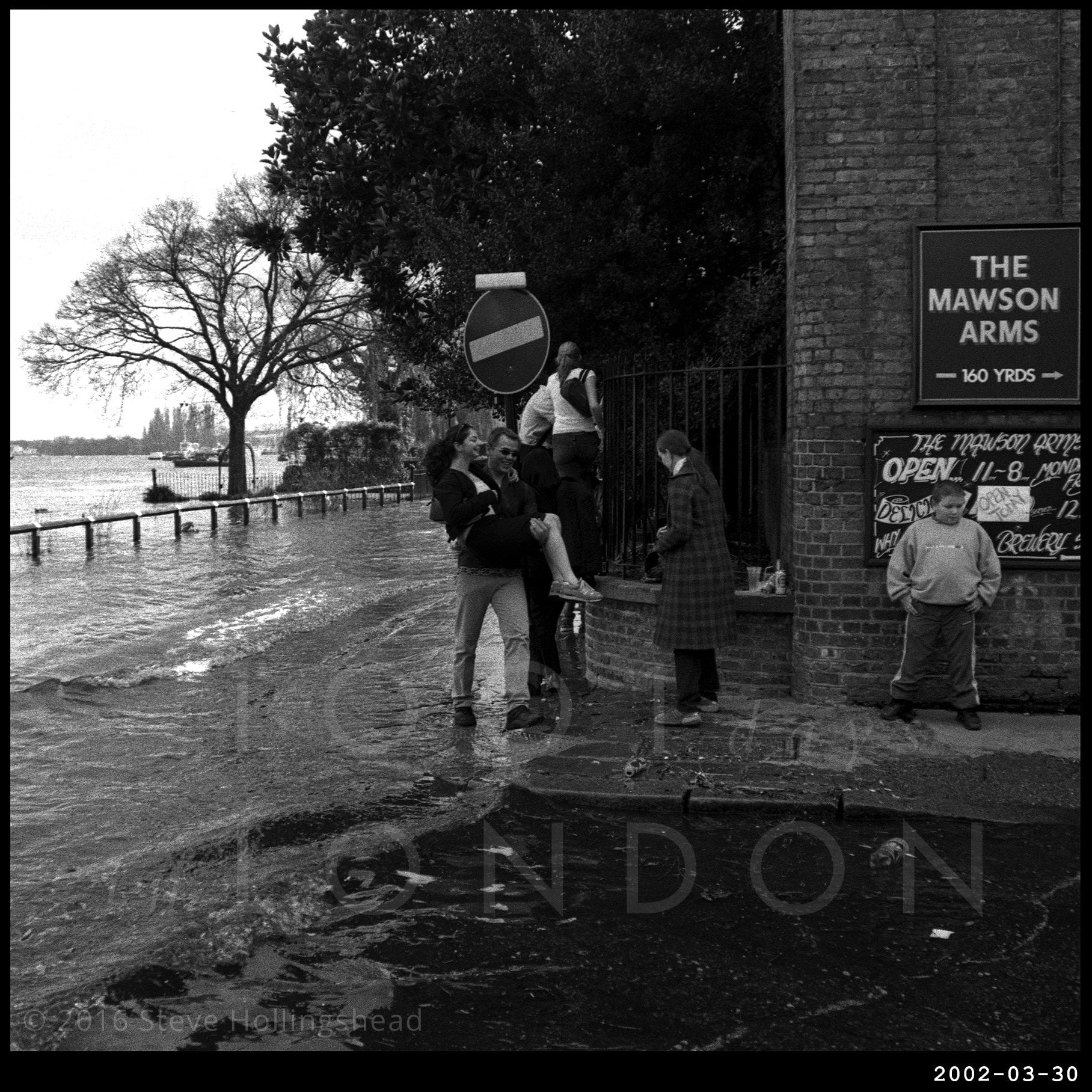 After the Boat Race

This is Varsity Boat Race day, and it may be tempting to suggest that the two crews generate so much energy as they ferociously battle their way towards the finish at Mortlake that they create a huge tidal wave in their wake that engulfs all the neighbouring foreshore. Except it floods here all the time apparently, and they don’t have boat races all that often. 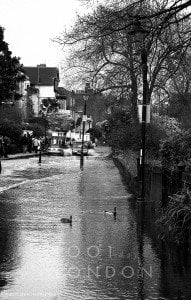 Anyway, this is Chiswick Mall and there are some lovely houses here, and some lovely gardens, and it’s all very very expensive. The equally desirable Strand on the Green around the corner also gets wet occasionally.

There’s also a rather large and famous brewery here – in fact the contemplative young lad here is leaning against part of its wall (I rather doubt that the young gallant is hurrying to get his companion there for a tour, however). Anyway, the brewery is at pains to point out that the water that goes into their lovely beer is not this local delicious river water. 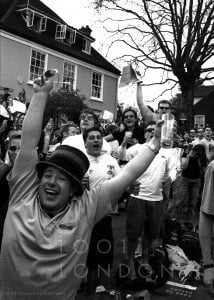 Of the Boat Race itself, 2002 apparently had quite a thrilling finish (though 2003 would be thrillinger) – how much any of the crowd here outside the Ship in Mortlake know or care who’s actually winning is anybody’s guess (it was Oxford) – not dissimilar to the crowds gathered at the start, then.

Tune-wise we celebrate Chiswick Record Label, and so for you, here’s a love song.