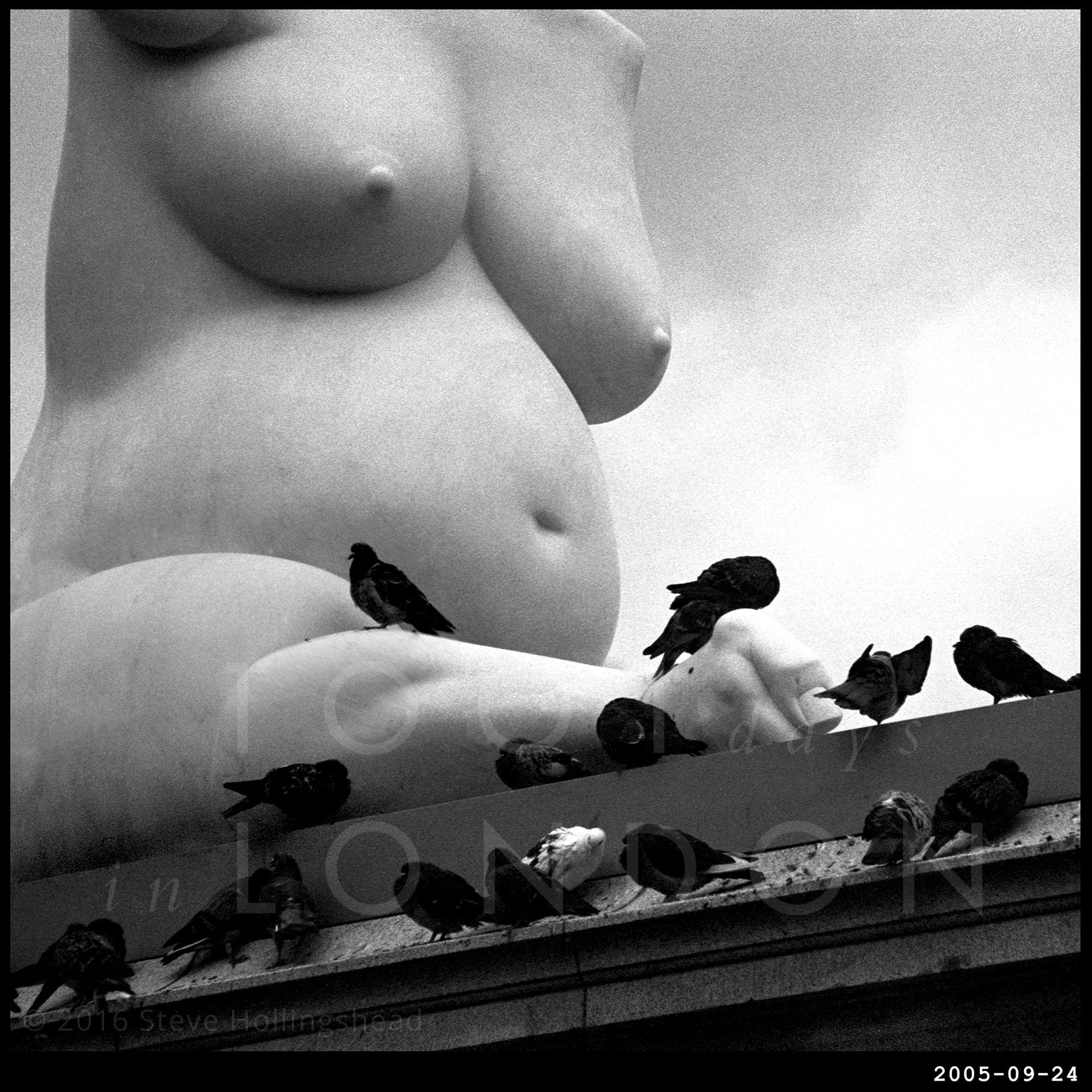 Well, this is all a bit awkward – nothing to do with the image here, I hasten to add, but with what’s going on off-stage, so to speak. For this is Trafalgar Square (in case you hadn’t guessed) and within the main square preparations are well under way for a major ‘art’ event to take place the following day. 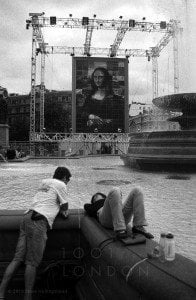 That there’s not much material about this event in the Vast Digital Reference Library may be a coincidence, but the fact that the former TV personality who instigated it all is currently residing at Her Majesty’s Pleasure may explain the dearth of jolly little video clips.

Anyway, the event involves creating a giant Henry VIII picture, with a giant Mona Lisa picture made a month earlier in Edinburgh as inspiration.

Meanwhile, Marc Quinn’s 4th Plinth sculpture of Alison Lapper serenely looks on, surrounded by some of the few pigeons still not aware that this is no longer their manor.

The 4th plinth project has been a popular success since somebody suddenly discovered in 1998 that the William IV statue that should have been there since 1841 never actually made it. According to some sources they’re waiting for a certain famous royal to, ahem, move on, to honour with a permanent statue here, though not if David Bowie fans have anything to do with it. Surely it has to be Wogan? 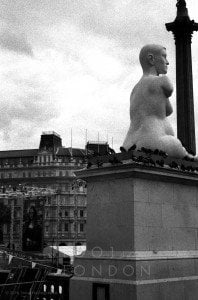 Quinn’s celebration of the pregnant artist was the fourth to appear here, though doesn’t seem to have been the most popular. It apparently wasn’t too popular with the Vatican either, but made a spectacular reappearance at the 2012 London Paralympics.