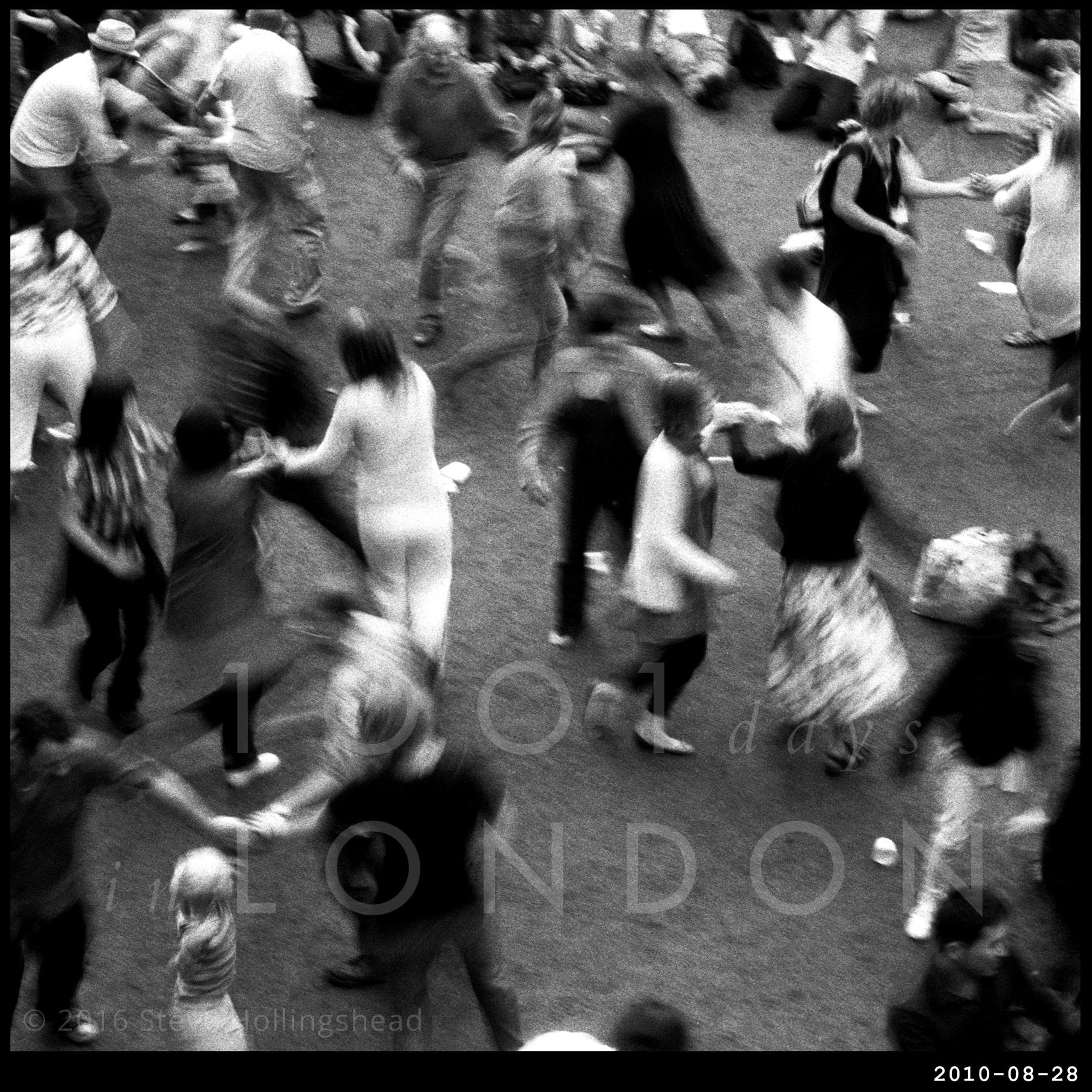 As we’ve already discovered, London folk are game for a bit of a dance, whatever the style. So, when they’re having a relaxing time down on the South Bank enjoying an afternoon of the National Theatre’s Watch This Space Festival on a saturday afternoon and the musicians on stage kick off with some no-nonsense ceilidh/barn dance standards, well… they’re not just going to sit and watch are they? 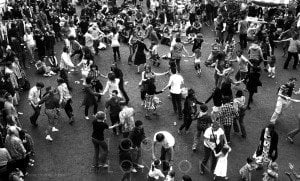 We’ve come across Watch This Space before [and will do again…] and for a few years before the arrival of That Red Box they handed over the Bank Holiday weekend dates for an Alternative Village Fete (& I don’t think you need telling what that implies: think Vintage Clothing, elaborate cupcakes, creative knitting and other unusual activities). 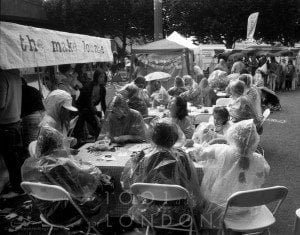 Co-curated by Home Live Art and Clare Patey, all was going splendidly until, it being a Bank Holiday, it began to tip down – not that the intrepid English Fete-goer is ever going to be put off by the odd spot of rain. 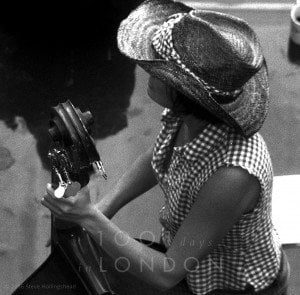 Back to Barn Dancing though, and, for the uninitiated, here’s how to do it, here are some groovy young exponents and this is how it’s done en-masse in sub-zero temperatures. And here’s Malcolm McLaren.