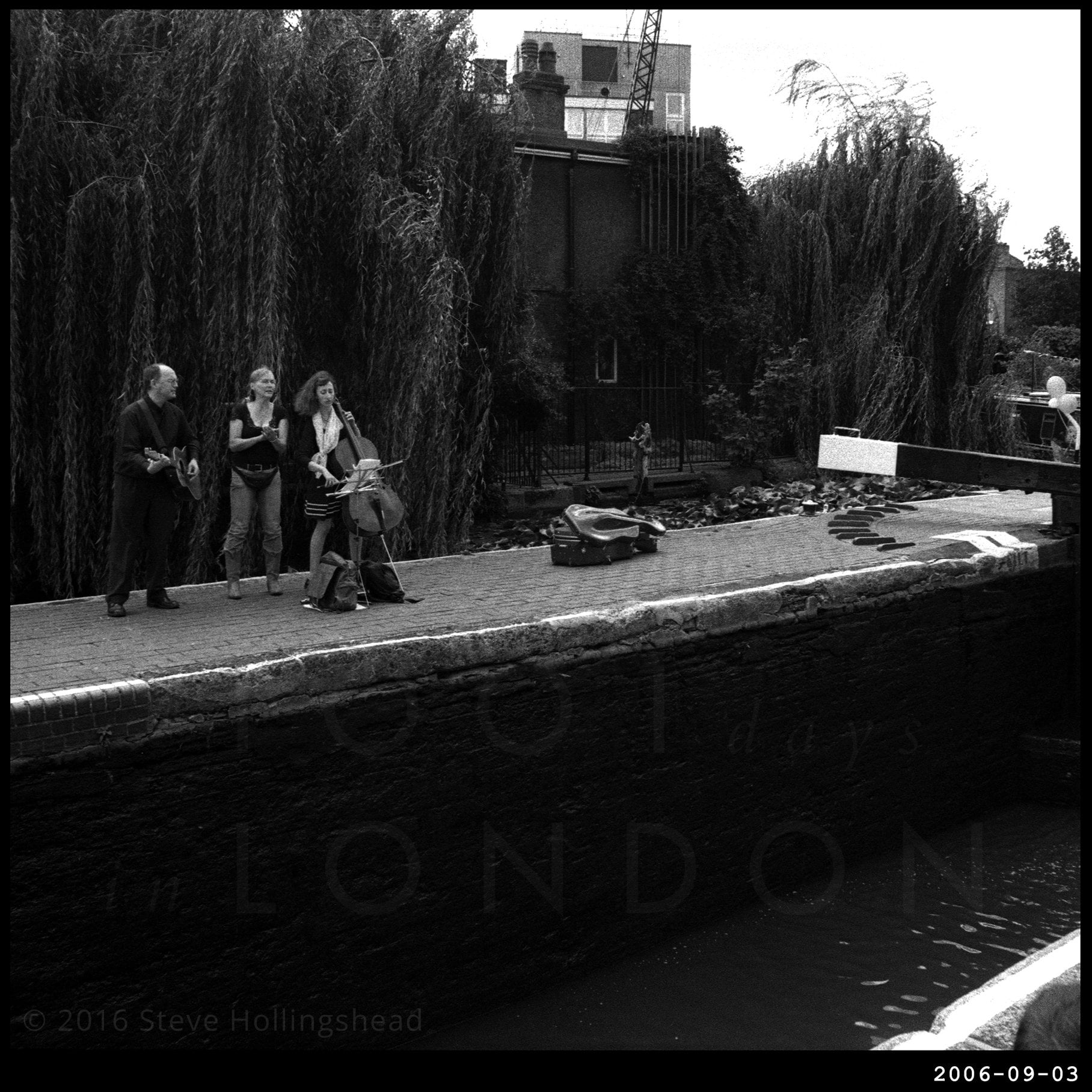 The cropping here may actually be a little misleading: for, as many a musician will tell you, busking is a tough enough gig at the best of times & attempting to make a living by entertaining passing canal barges may have been a novel idea in Victoria’s day, but it would’ve been an especially grim pitch since they invented them new fangled railways. 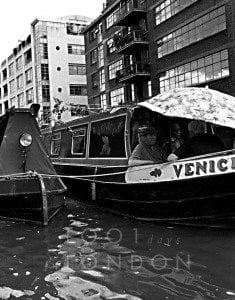 We are in fact at a Festival – the annual Angel Canal Day Festival to be precise – handily positioned just before the approach to the famous(ish) Islington Tunnel – and though there might not have been festivals here back in the 19th century, it’s certainly been a regular fixture since the 1980’s (long before even the Blairs had moved into the neighbourhood, let alone the Johnsons). 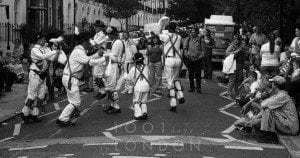 We did touch on the Festival in an earlier post [when this blog was a lot less ambitious, evidently], not that you’d know that from the image – At least this one has a bit of canal in it.

Where this plucky trio is performing is in fact one of the stages (there’s another performance area outside what used to be the local boozer, where London Pride Morris may well have been performing since the very first festival here… possibly) – the amount of available (dry) space being at such a premium, what with the rather large crowds and all, the organisers need to be creative with what’s available (and yes, they do get obscured whenever a boat uses the lock). This lengthy film from another year just about covers everything… 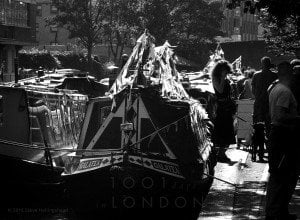 Anyway, here are Festival favourites Tragic Roundabout doing their bit, and here’s some even more creative stuff from the band.