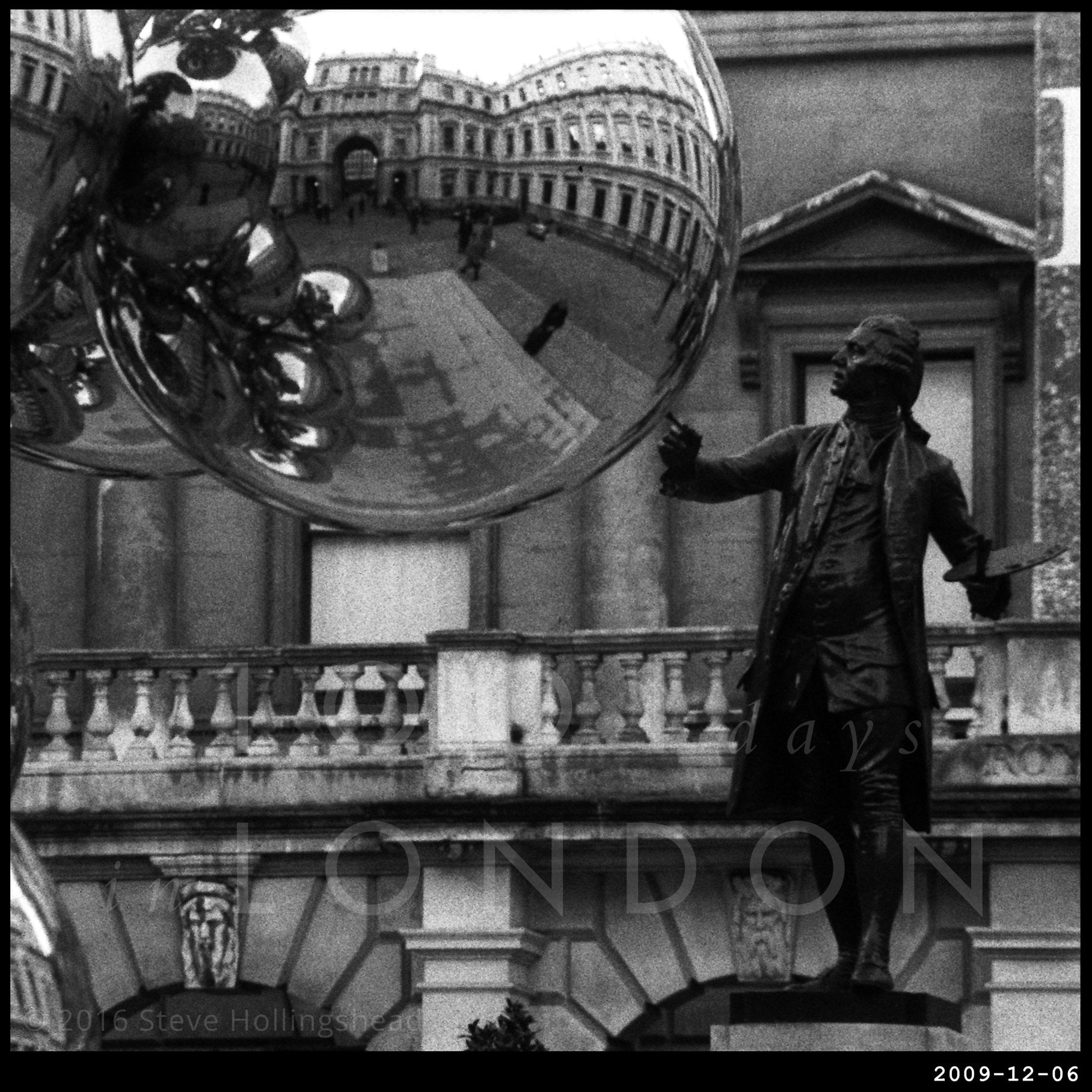 Here we are in Piccadilly, in Burlington House’s Annenberg Courtyard (or, to put it another way, the front yard of the Royal Academy of Arts) and here we have the statue of RA founder Joshua Reynolds, apparently putting the finishing touches to an ambitiously distorted representation of his immediate environment – except that obviously can’t be the case, as we all know landscapes weren’t really Reynolds’ thing (though he did manage a few).

What Reynolds is actually admiring is the gloriously shiny and technically challenging ‘Tall Tree and the Eye‘ – Anish Kapoor’s stunning companion piece to his hugely popular show in the main gallery. 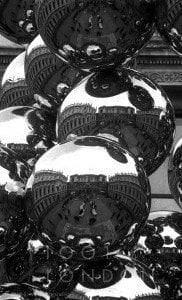 Like the Turbine Hall at Tate Modern, the courtyard has, over a number of years, provided the opportunity for the exhibiting artist to produce something of a showpiece on a grand scale to welcome the visitor to the gallery. Some artists manage to rise to the challenge more successfully than others, it would seem.

Anyway, back to the ‘finishing touches’ theme – it’s traditional for artists exhibiting at the annual Summer Exhibition to come in on ‘Varnishing Day’ for a final tweak, before joining a procession led by a steel pan band to nearby St James’s Church for a service. Not sure why it’s a calypso band (I can’t imagine Turner had one), but at least we have a bit of music.