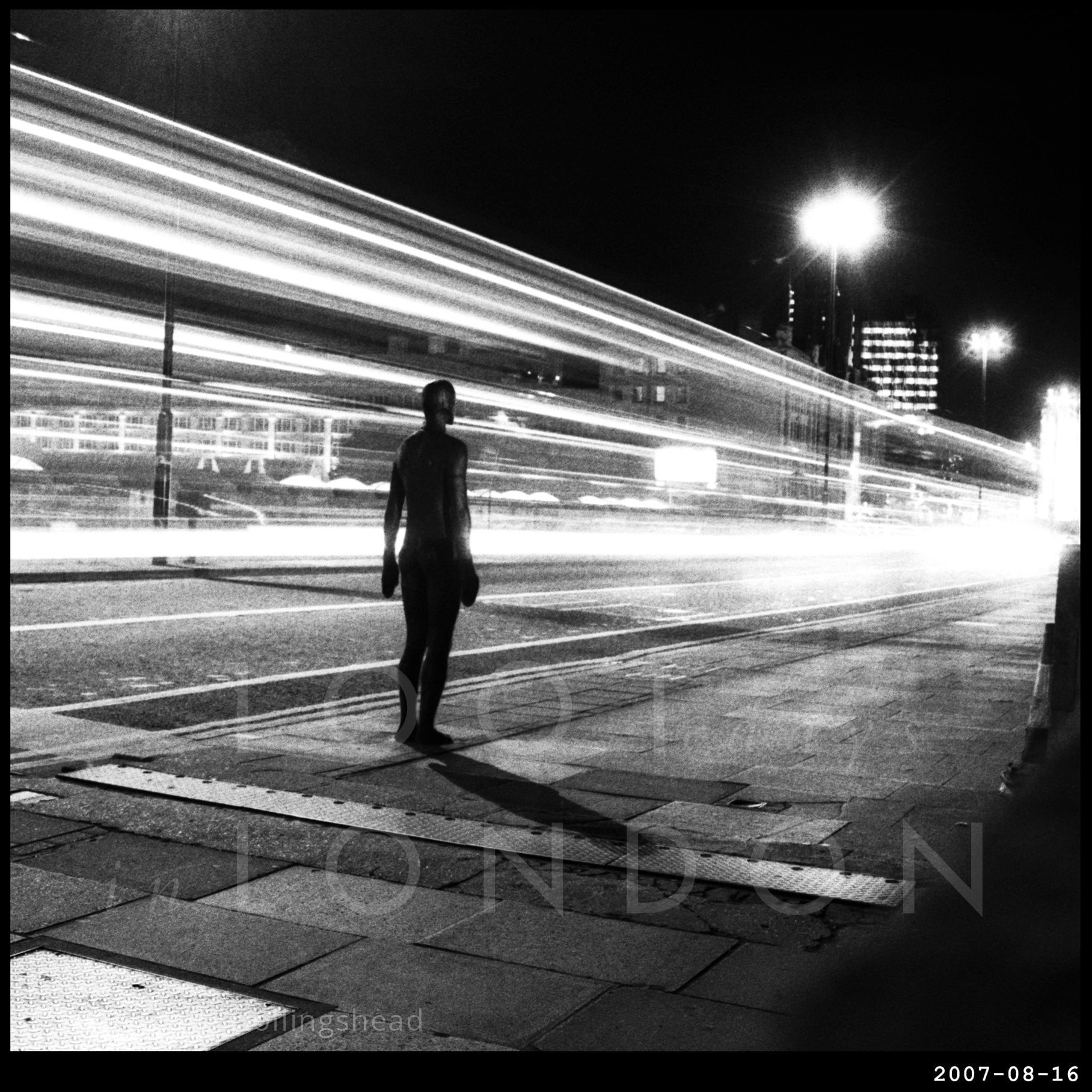 It’s night-time on Waterloo Bridge & this chap has become so mesmerized by the beauty of the view both upriver and downriver that he has literally turned to stone. Well, possibly not stone exactly, but something pretty damn solid, and who can blame him. Waterloo Bridge, often referred to as the Ladies Bridge (thanks to the women who helped to build it during WW2) is consistently cited as having one of the best views in the city, an inspiration for songwriters and film makers alike.

But wait, this no ordinary mummified commuter, it is in fact Sir Antony Gormley. Well, a cast of him anyway. Sir Antony has made a career out of using the human body, particularly his own, as an inspiration for his sculptures. This fellow is part of his Event Horizon installation, in which 31 versions of himself were dotted around various parts of the South Bank (some mistaken as attempted suicides), and has since been on tour admiring views in New York, São Paulo and Hong Kong.

This itself was a part of Blind Light, Gormley’s first major presentation of work at the Hayward Gallery.The Guardian got quite excited about it, and then got quite deflated.

Meanwhile, around the corner, on the Albert Embankment, it’s the perfect time to get all romantic. Which, funnily enough is where were going with the tune today…