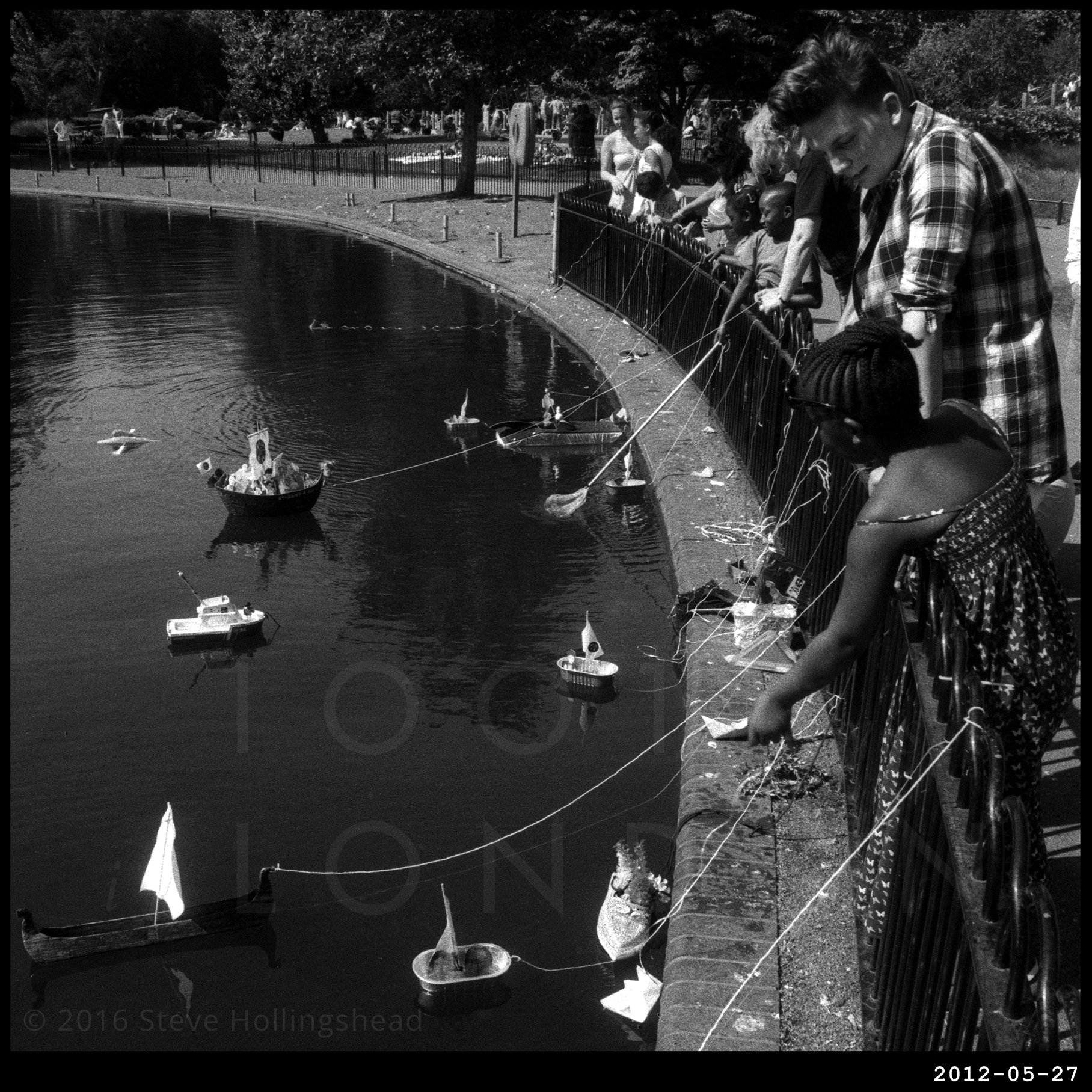 This all may appear to be a quaint and slightly eccentric afternoon of harmless fun: a small group of people being creative with little boats and launching them into the lake at Southwark Park. What is actually taking place is a highly subversive piece of blatant anti-monarchist anarchy, and a dangerously subtle one at that. 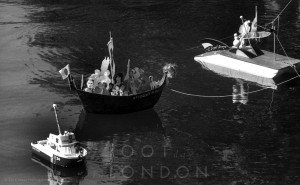 Here we are tucked away in one of the quieter corners of Southwark – much favoured by our Scandinavian cousins – and it’s only a week before the much heralded Diamond Jubilee Pageant (and we all know what happened with that…). 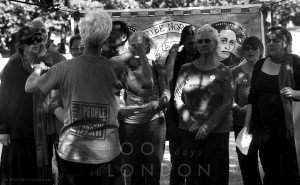 On this (ahem) much sunnier day, artist Rachael House (who we’ve come across creating similar mischievously entertaining events before) is symbolically recreating the events from many years previous when Her Maj was a mere 25 years on the throne. 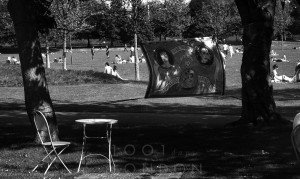 Again, whilst everyone was breaking out into an obsequious frenzy, a small group of creative radicals were having a bit of a celebration of their own, and before they knew it, Her Majesty’s constabulary were hot on the case, making sure the stunt received about ten times the publicity it would otherwise have garnered. 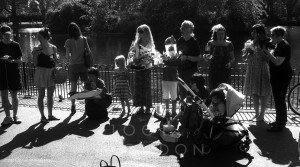 Somewhat surprisingly, the forces of the law failed to materialise this particular afternoon, despite the shockingly confrontational nature of the event – they even had a subversive choir to help the indoctrination of the innocent youth gathered here.

And the inspiration for the title of the event? Well, one of the triumvirate of feminist icons featured on the banner here include a certain Poly Styrene. So probably this, then.