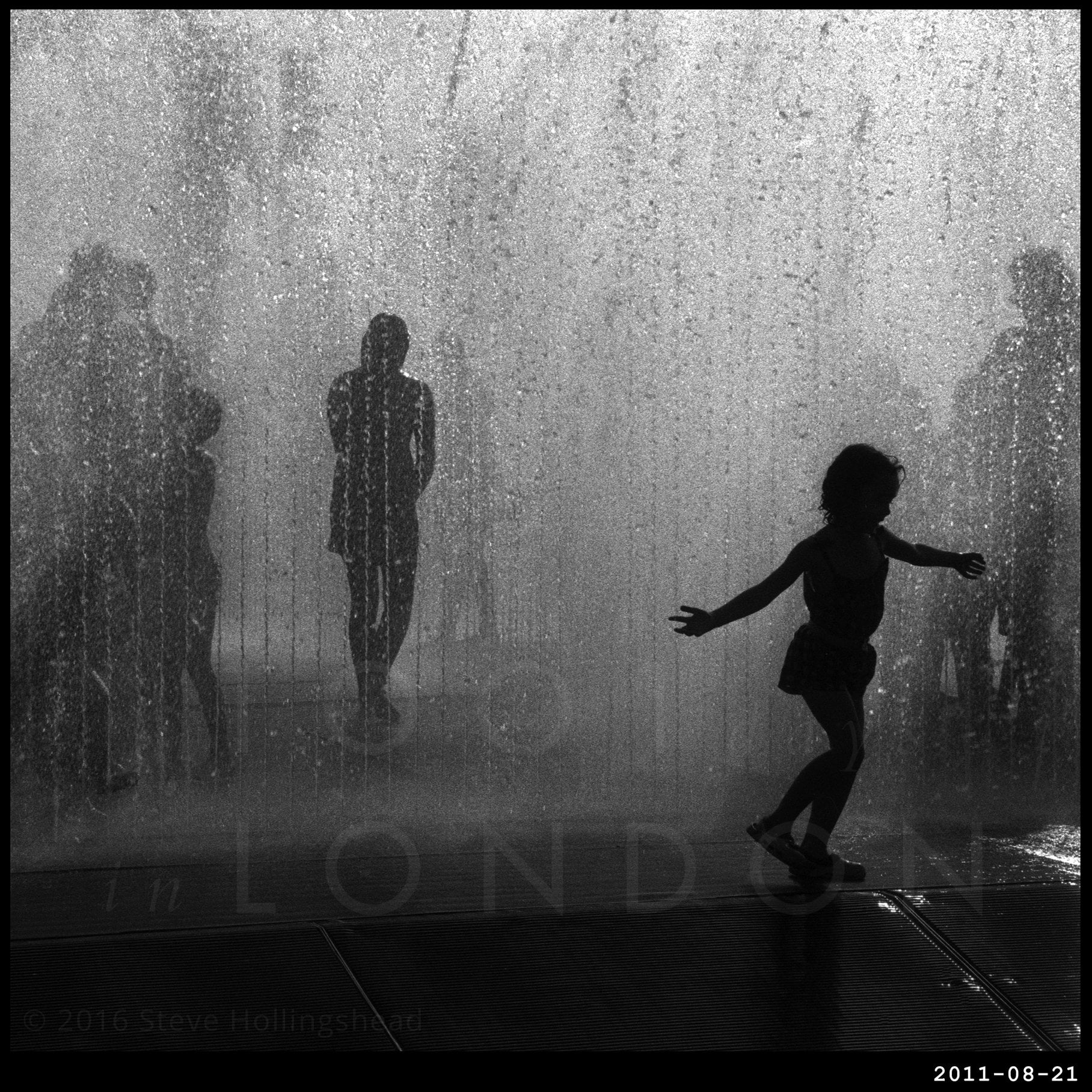 Back in the Olden Days fountains were decorative items used to artificially liven up (mostly) concrete plazas created as a cheaper alternative to anything involving grass or any other high maintenance vegetation.

Actually, that’s what happens these days as well, except, thanks to the inspirational lead taken by Somerset House in the early noughties, fountains were now to be interacted with rather than just to wistfully throw coins at, and by 2011, people were interacting with a vengeance. Especially young people. 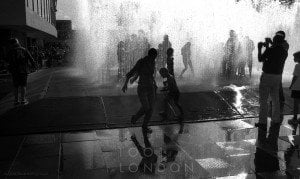 These, however, are no ordinary fountains, they’re a work of art: Jeppe Heim’s ‘Appearing Rooms’ is a sculpture (and here’s some of his other work), which has been ‘appearing’ on the terrace in front of the Queen Elizabeth Hall each summer since the Festival Hall was revamped in 2007. 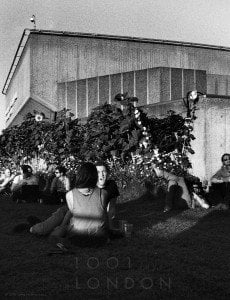 Meanwhile, a recent addition to the ever-expanding South Bank social zone this particular year is the rooftop garden on top of the QEH itself – and this definitely does have green growing stuff: lots of it, in fact – created as it is by the Eden Project working with local homeless and vulnerable people – so successfully that it’s now one of the most popular rooftop bars in London. 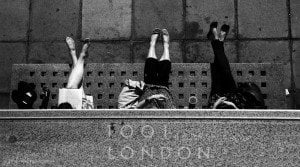 Back to fountains, though, and with the apparently unstoppable procession of the super rich acquiring prime locations, how long will it be before someone decides to show off one of these in their central London playground?

I think this calls for some Pat Boone.