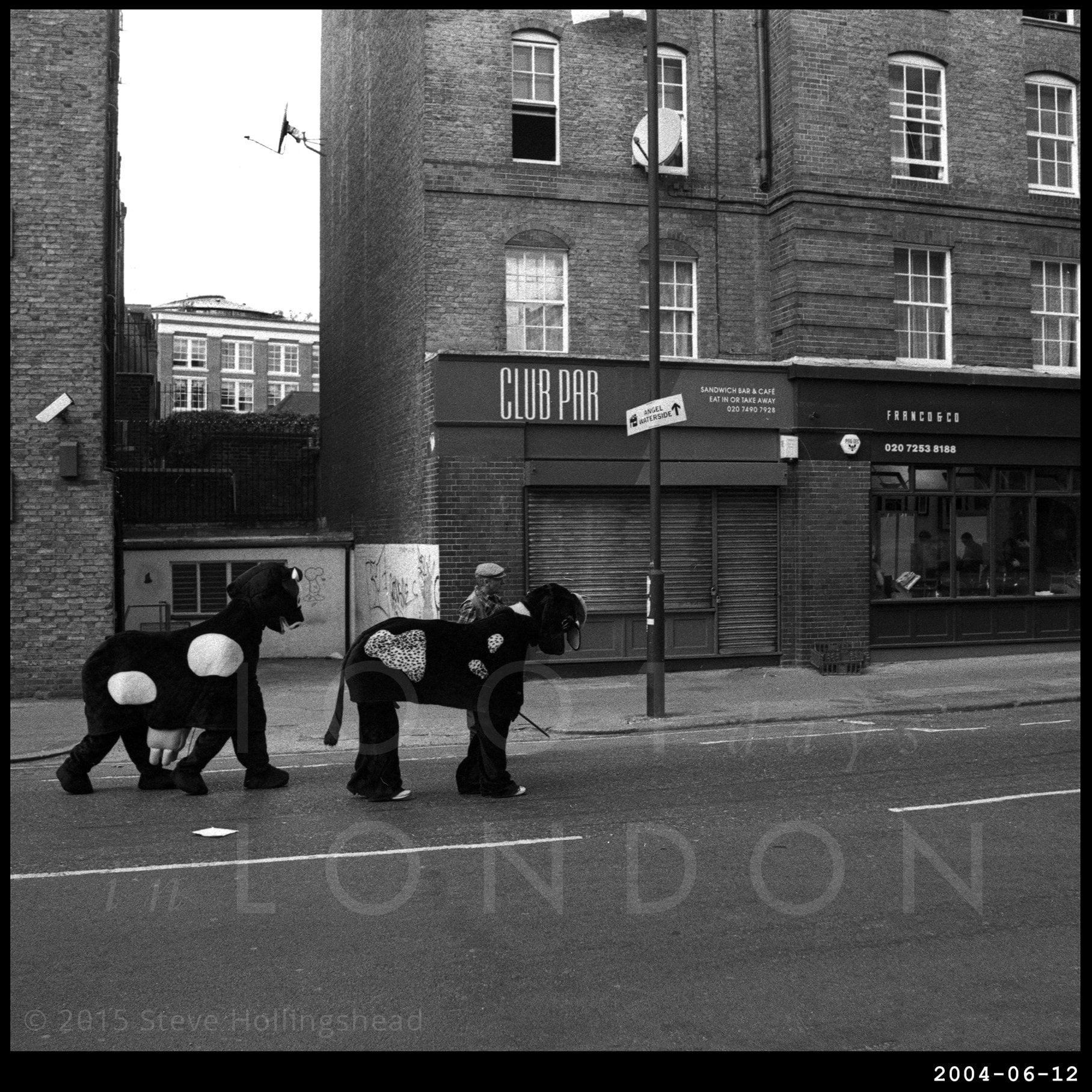 Pantomime cows strolling down a quiet street on a Saturday morning probably aren’t what you’d immediately choose to publicise an event mostly concerned with celebrating London’s buildings and their creators, but here we have the upcoming London Architecture Biennale being promoted in just such a way.

There is a logic to this however, as the main hub of the festival is the Grade II listed Farmiloe Building in St John Street, immediately to the north of Smithfield’s famous meat market. Until the mid-1850s live cattle was driven from outside London, though Islington and down St John Street to be slaughtered at the market & one of the wheezes for this inaugural event was to have a (carefully choreographed) re-enactment of such a drive (using ‘trained’ cows – & no slaughtering allowed). This talent obviously wasn’t available for the promotional event, and so humans in costume heroically filled in for the beasts.

Though not quite as common as pantomime horses (more of those in a later post…), the panto cow is still integral to the traditional festive family entertainment, particularly Daisy, who does, of course, play a significant role in Jack & the Beanstalk, often given the opportunity to display her own talents (although if its dancing cows you’re after, we’ve got a lot to learn from the Mexicans, it seems).