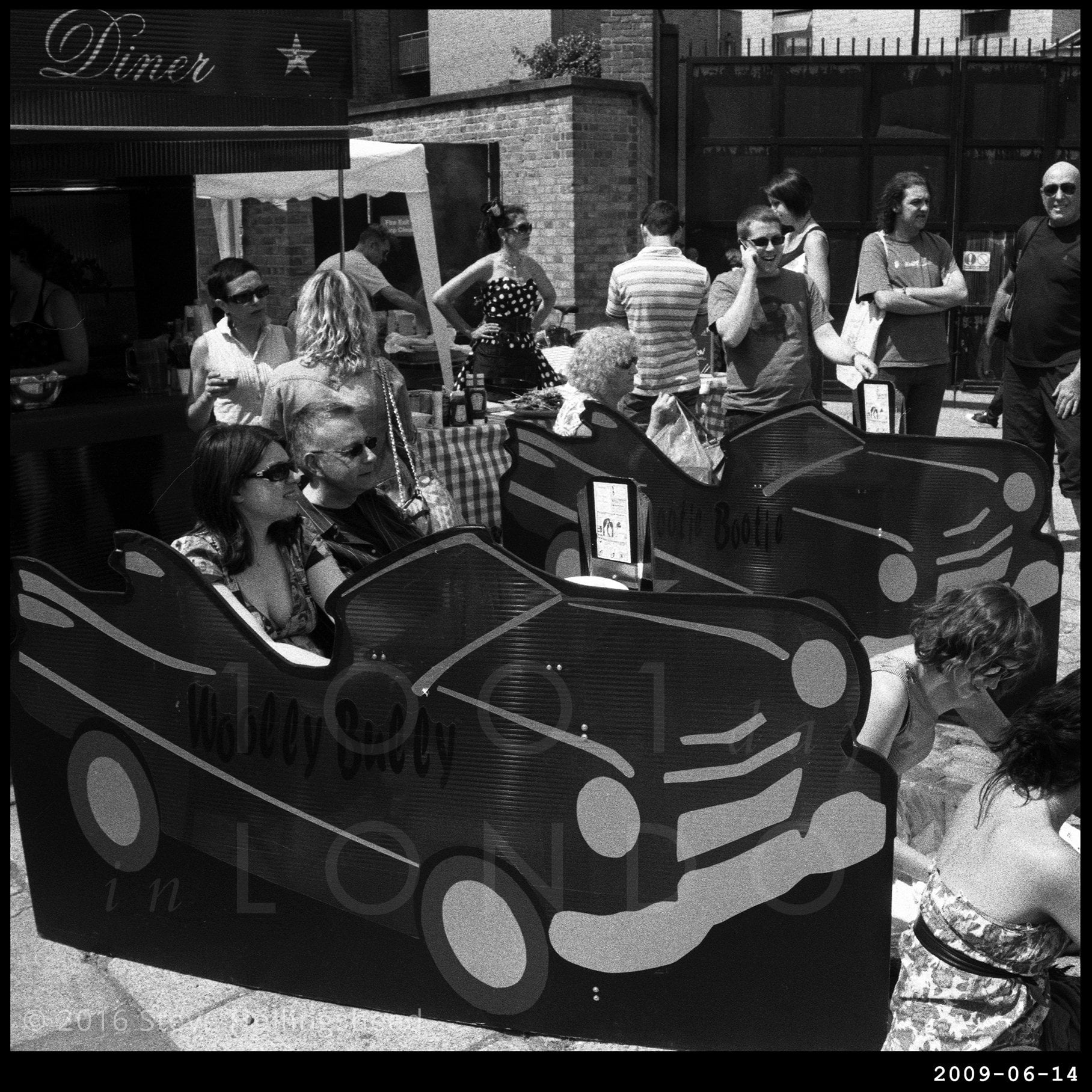 Ok, so the full title of the event should be the Vauxhall Art Car Boot Fair, but that’s potentially a bit confusing, as the name refers to this Vauxhall and not to this one, which is a bit unfortunate for all those people heading south of the river near Kennington when they ought to be joining the lengthy queues down Brick Lane to get into Brick Lane Yard where the event has been held since 2004.

The Yard is yet another chunk of the old Truman Brewery estate, now no longer brewing ‘classic’ beers like Ben Truman, but a thriving mini-empire of buzzing creativity. For proper Truman’s beer you go here. 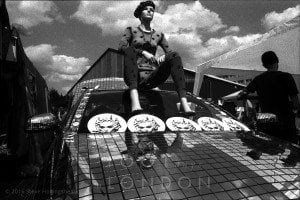 Inspired by the street art happenings of the late 1990s, including the legendary Fete Worse Than Death (in the days when artists could just about afford to live in Shoreditch), the Art Car Boot Fair provides an opportunity for established and up and coming artists to create and sell affordable pieces for the non-art dealing normal folk like us to buy and cherish (and not immediately put up on ebay, oh no…). Peter Blake is a regular contributor, as are Gavin Turk, Jess Albarn and Matt Collishaw, amongst may others. There are no live elephants, however.

And of course there’s entertainment provided by the Bethnal Green Working Men’s Club (mentioned in an earlier post), which this particular year included the awesome Dagger Brothers.