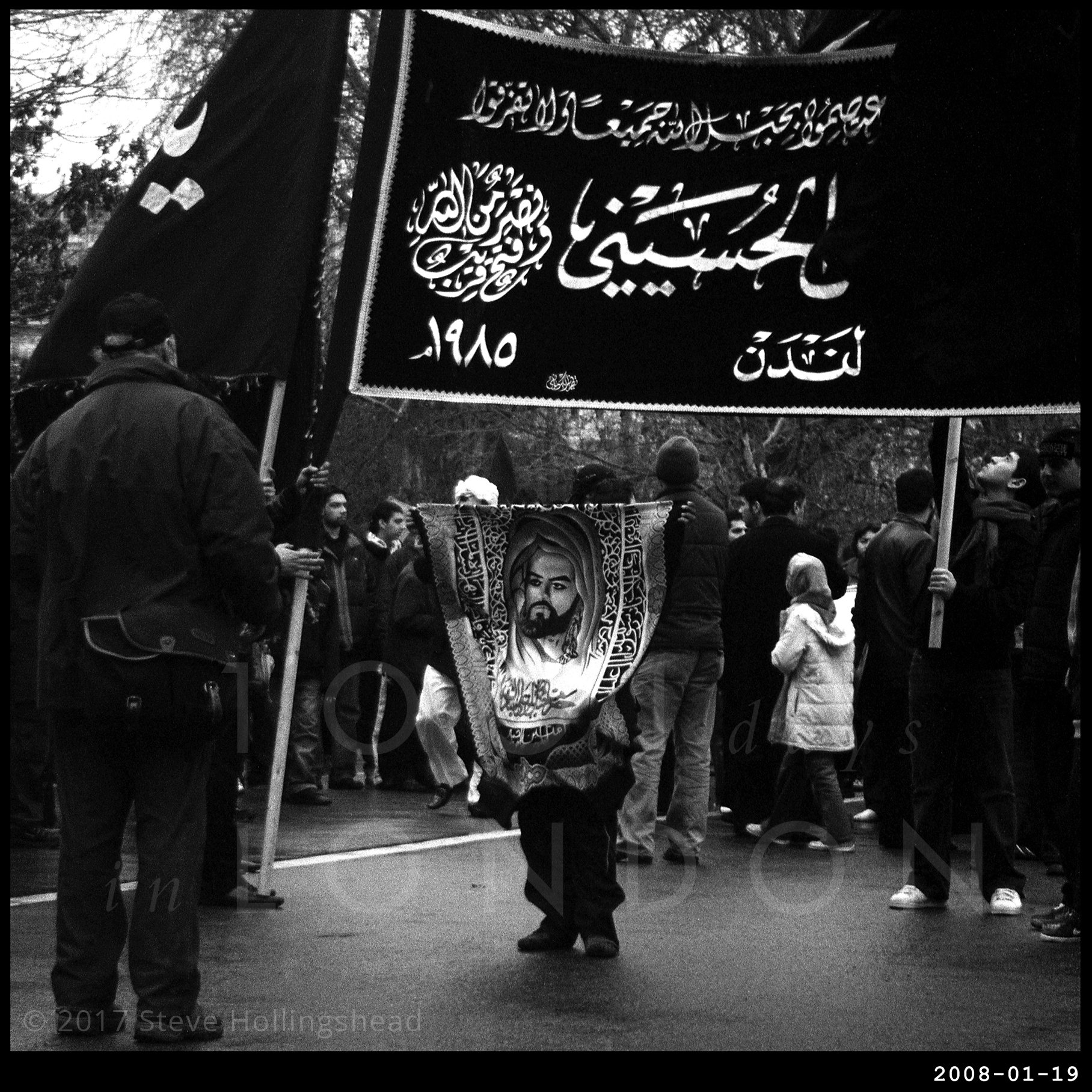 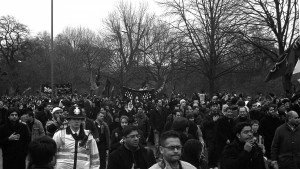 It can be fairly confidently assumed that the vast majority of people ignorantly spouting anti-Islamic rhetoric at any opportunity probably have no idea of what distinguishes the contrasting beliefs of Sunni and Shi’a Muslins [let alone the fact that there are as many sects and sub-sects as there are to be found in Christianity, but let’s not go there today…] and no doubt don’t care. Which, obviously is a great shame as a little knowledge goes a long way, and all that… 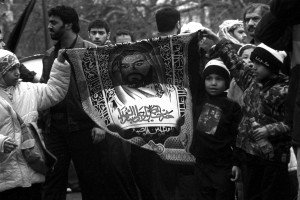 Basically, the schism is all down to the Prophet Muhammad’s choice of succession: the majority (Sunni) saw his companion Abu Bakr as sole interpreter of the Prophet’s legacy, a significant minority (Shi’a), however, had reasonable argument that he’d selected his son in law and cousin Ali to lead the faithful. And obviously it all gets somewhat complicated after that. 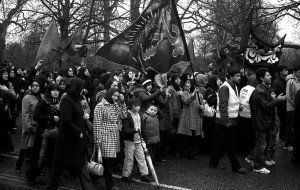 Anyway, this is Ashura: a Shi’a procession commemorating the martyrdom of Ali’s son Hussein at the battle of Karbala. In London followers usually gather at Marble Arch before proceeding slowly through Hyde Park towards Edgware Road – London’s Little Arabia, in case you didn’t know (although in 2016 the march took on a more political direction). 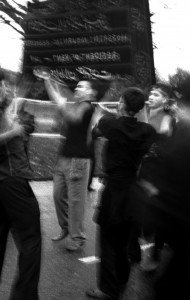 It’s customary for the men to display their grief during the march with varying levels of self-flagellation, which can seem to be somewhat provocative [though we’re hardly talking Orange parades in Belfast here] – though in this part of the world the worst you’re going to see is a lot of vigorous chest patting.

And there’s some beautifully evocative mournful music out there to mark the occasion, if you’re open to that sort of thing…