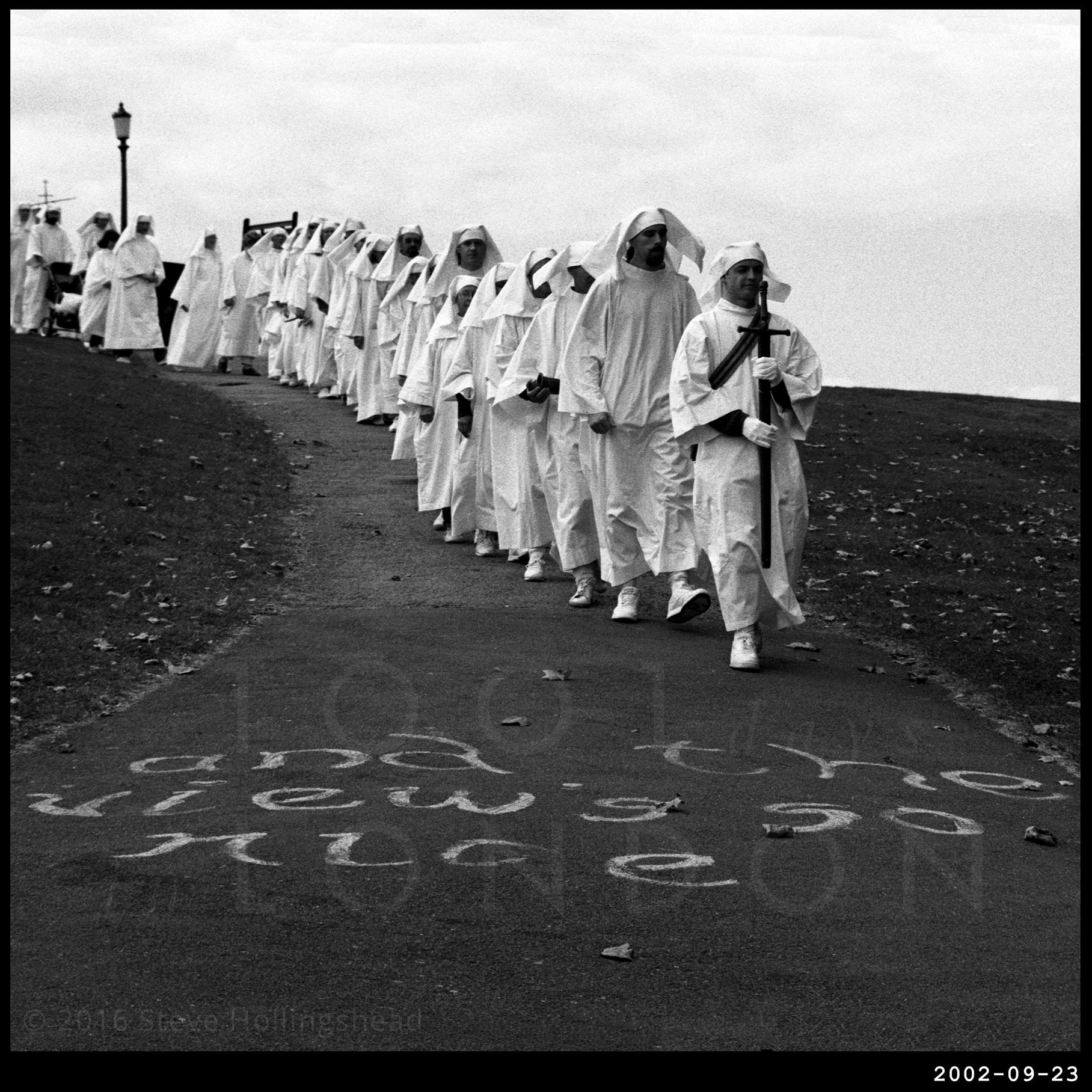 It’s often remarked of this neighbourhood that you can’t go two paces without bumping into a Daily Mail photographer. Or something like that. But has it really got to the stage when the celebrity locals are forced to disguise themselves in big white gowns if they fancy a picnic up the hill? Well, possibly, but not on this day. For these are Druids, and they’ve just held their ceremony to mark the Autumn Equinox, and for the next six months the nights are going to be longer than the days. 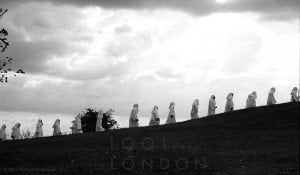 The Druid Order is a religious organisation (not to be confused with the Ancient Order of Druids, which was inaugurated in 1781 in the Kings Arms in Poland Street and is most certainly not a religious organisation) theoretically based on the pre-Roman pagan Druids regardless of the fact that no record exists of exactly who the druids were and how they worshipped.

The modern version only came into existence just over 100 years ago – Peter Marshall’s been to this a few times & has a thorough write-up about the event & its history here (once you get through a lot of other stuff) – and as well as marking the Autumn Equinox, also celebrate the beginning of Spring in Tower Hill (which we’ll get to some other time). Meanwhile, I’m sure they’re all tapping their toes to this…