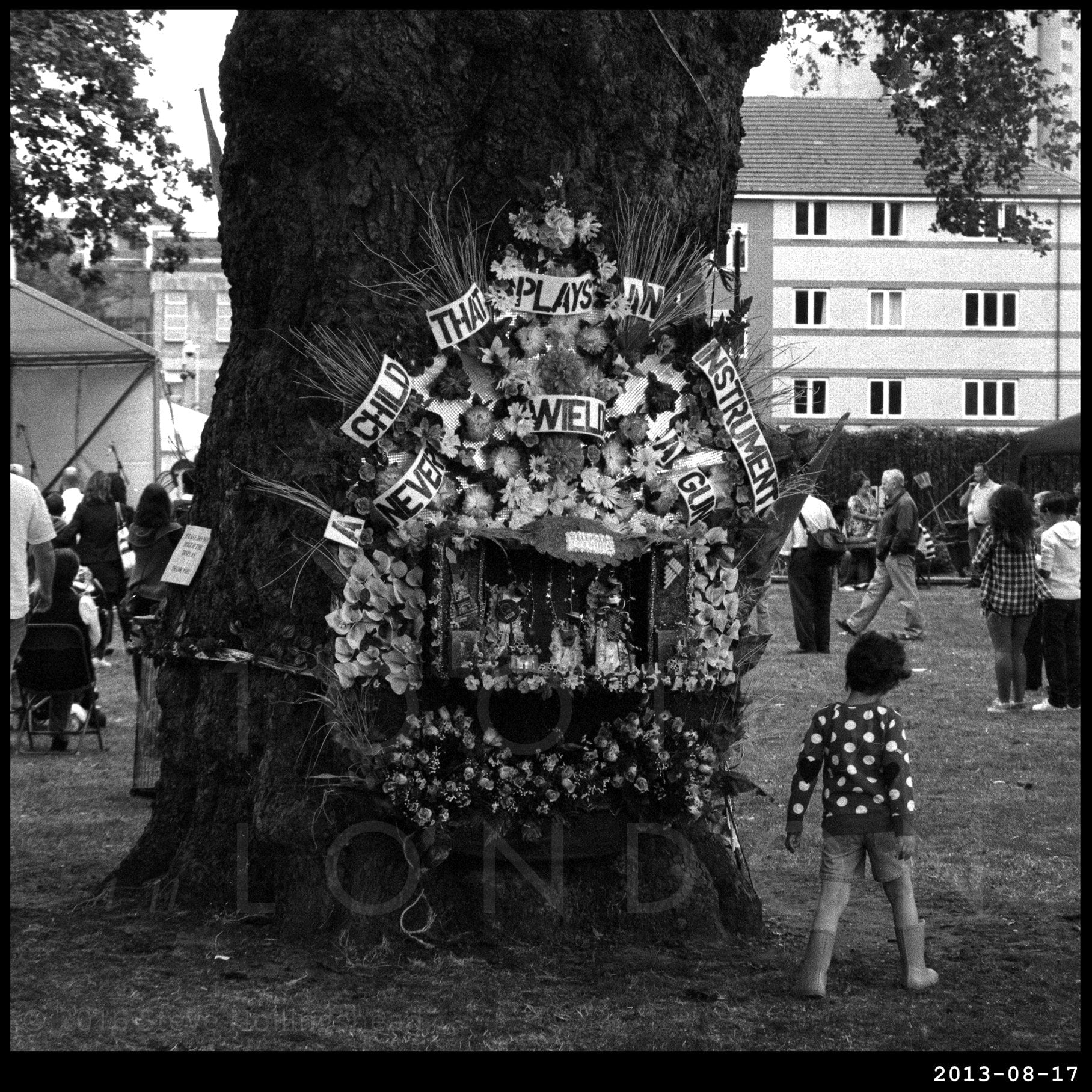 Now I don’t know if this is symptomatic of the changes taking place in the area (’twas ever thus….), or the fact that, weather-wise, this is hardly a sweltering mid-august afternoon, or possibly the organisers haven’t quite got it together publicising the event, but it doesn’t appear to be the greatest of turn-outs for Southwark Council’s Elephant and the Nun festival gathering [and, as mentioned before, the multiple venue idea seems to have been subsequently dumped in favour of a day out in Burgess Park]. 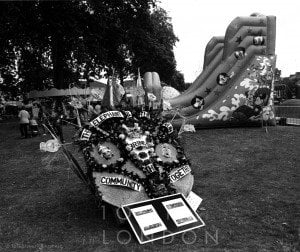 Which is a shame because, alongside the delightful flower sculptures and shields [even nicer in colour] created by the local Latin American community, there’s plenty of music and food to enjoy. And not exactly enormous queues for the funfair rides, either. 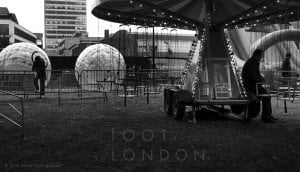 This is Newington Butts – Newington being the original name before 18th Century estate agents sexed it up by naming the area after the nearby giant castle filled with elephants, and ‘butts’ being traditional archery targets – and this little green oasis is soon to be surrounded on three sides by enormous great skyscrapers, one of which (on the site of a former workhouse) will provide a permanent home for Southwark Playhouse, which is a nice coincidence as one of the first theatres in London ever was apparently situated near here. 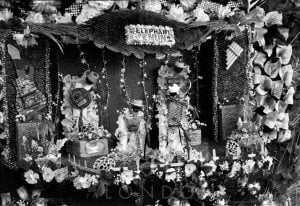 And ‘Azucar’ for the non-Spanish speakers amongst you, means ‘Sugar’, so here’re Los Hacheros laying on some sweetness…