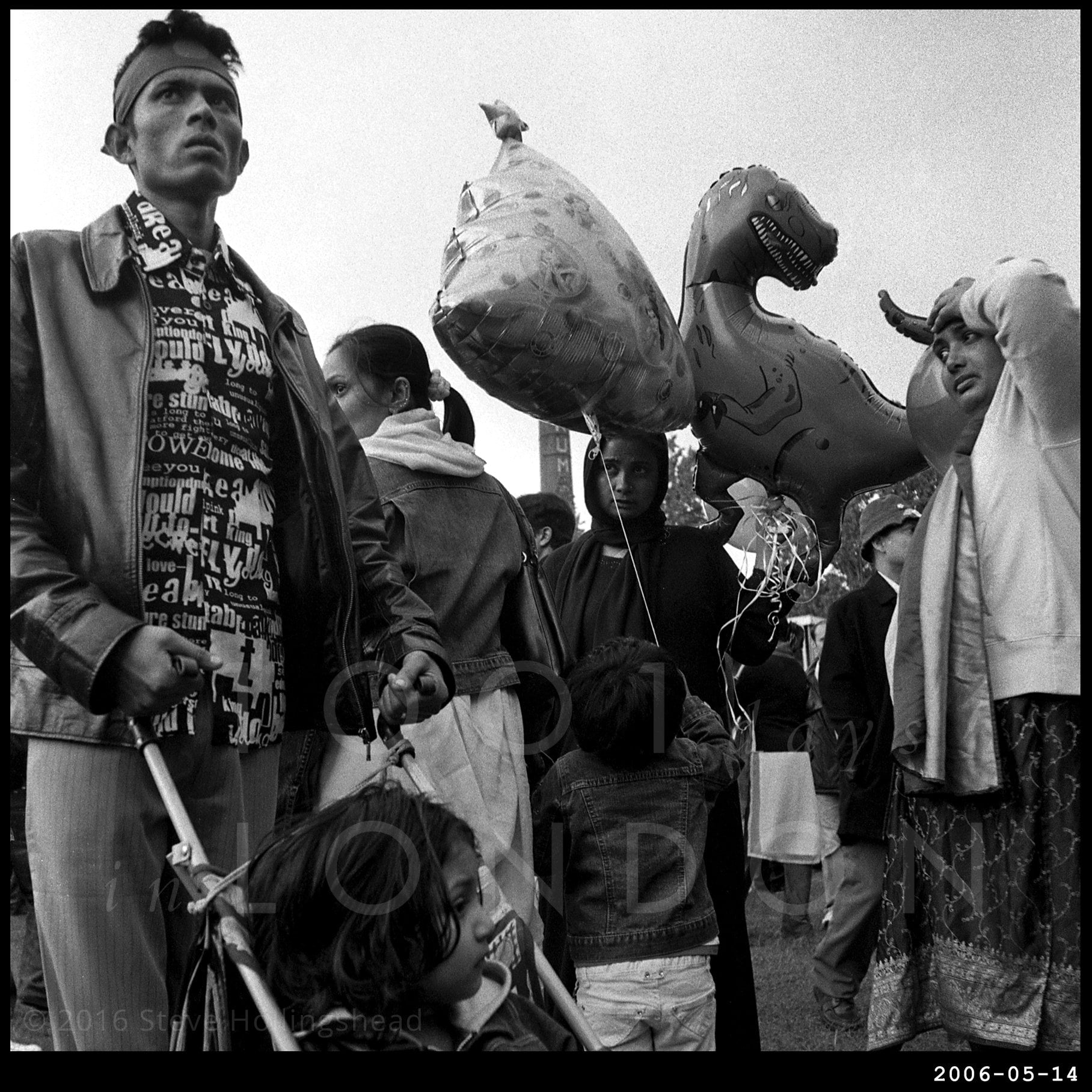 We’re in Allen Gardens, the quiet little oasis just off Brick Lane for the annual Baishakhi Festival, which (as mentioned briefly before) is now one of the largest Asian festivals in Europe (assuming it can be properly organised, that is), although back in 2006 it hadn’t quite grown to the point of having to relocate to the larger Weavers Fields park farther east. 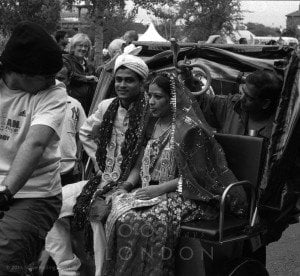 The day itself began with the annual colourful procession down the Lane with the prolific Emergency Exit Arts again providing some pre-‘War Horse’ animatronics before heading back into the park for an afternoon of food, song and dance.

Brick Lane meanwhile is still managing to hang on to its community of Bangladeshi curry houses, though one suspects the constant demand for novelty and innovation may see the gradual demise of the Cheap Curry as gentrification continues its relentless march. 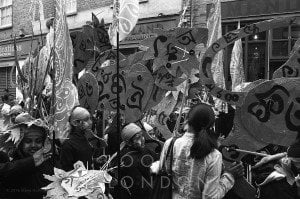 Allen Gardens itself has seen some changes over the years – as documented by the Gentle Author – and less than a month after this particular event, the local station (which isn’t this place) closed for the last time, to eventually reopen four years later as part of the bright and shiny new London Overground.

Back to the Festival – there’s no much on record from today’s event, but here’s a taste of how people enjoyed themselves at some later incarnations.