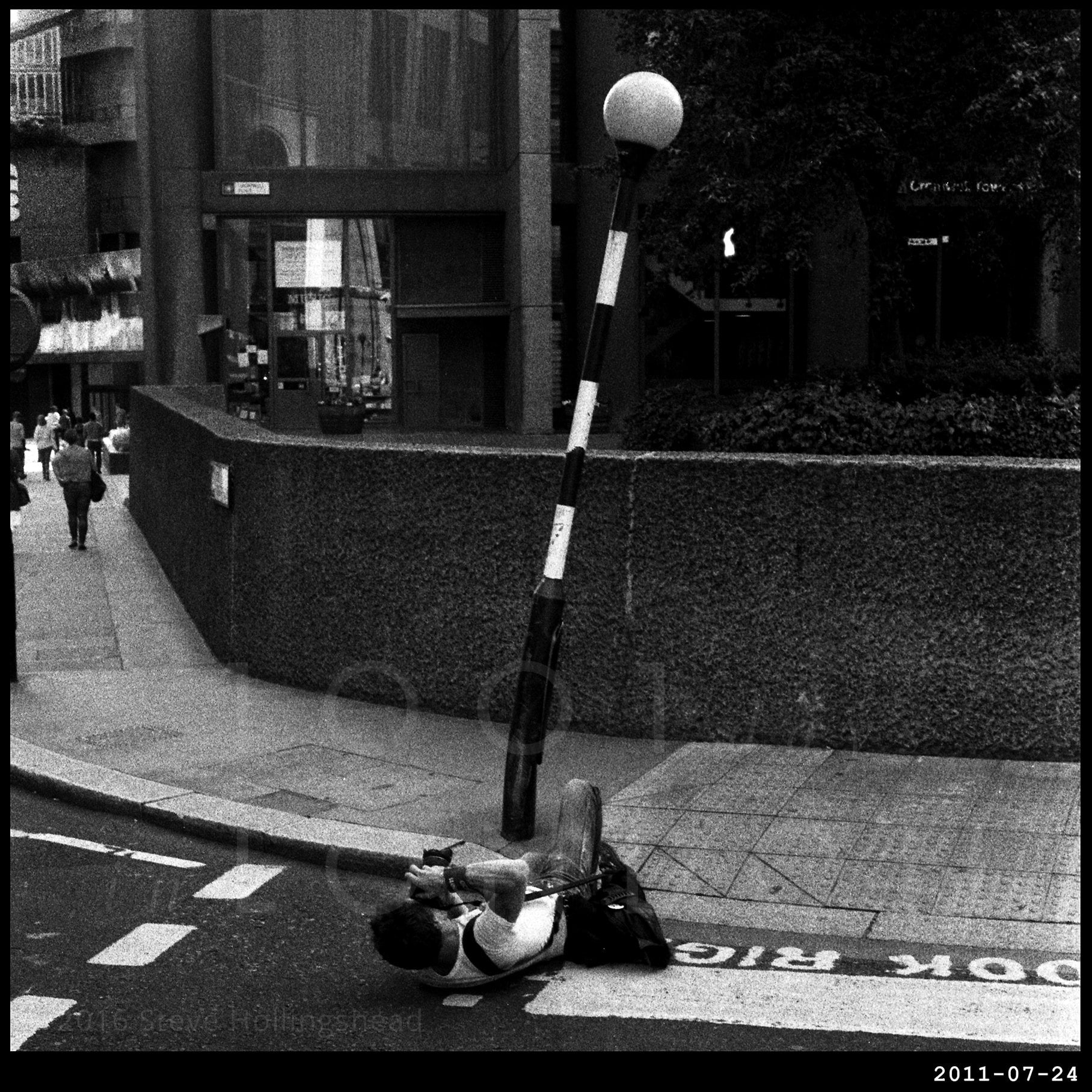 It’s always a bonus when there are two events ongoing in close proximity to each other, and it’s even more of a bonus when somebody decides to lie down in the street to take an arty photo of a Belisha Beacon right in front of you when you’re in the process of moving from one event to the other. 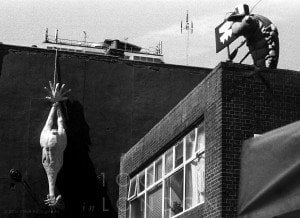 The events in question were the annual Whitecross Street Party (which we’ve covered before) and a Barbican Weekender, the theme for which was Extraordinary Voices, which covered everything from beatboxing (with the Boxettes, no less) to Inner Mongolian throat singing, courtesy of Anda Union. 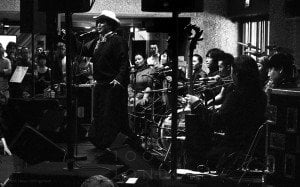 Belisha Beacons, incidentally, were created in the mid-1930s, by which time the extraordinary increase in vehicle traffic over the previous decade had resulted in pedestrians sometimes having to wait for days on end before daring to venture across a busy road.

They’re named after the then Transport Minister Leslie Hore-Belisha (people had such great names in those days), By all accounts he was less successful as Minister of War & sacked in 1940. I’m sure, though, he’d be delighted his name is immortalised with the groovy vibes of Funki Porchini.