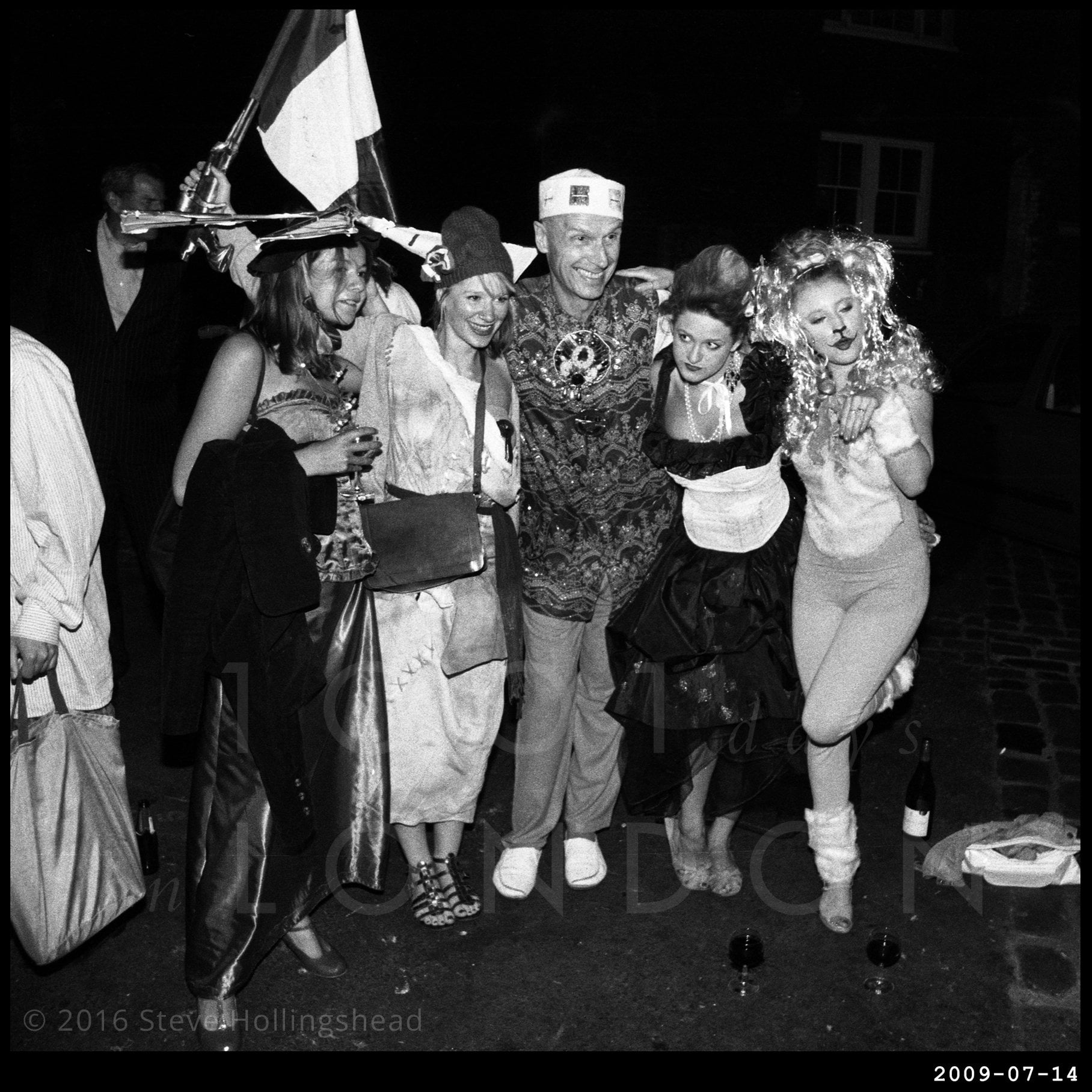 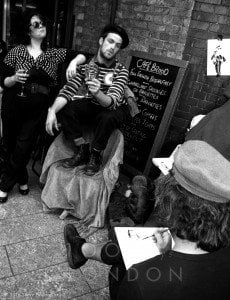 Following 2008’s humble beginnings, South [ok – South East – seeing as Battersea were having their own gathering off westwards] London’s very own little celebration of France’s National Day came back to Bankside in 2009 with more ambition and scope, a small amount of funding and now beginning to creep ever so slightly closer towards Borough Market, where the event would eventually end up the gastronomic extravaganza it has become today. 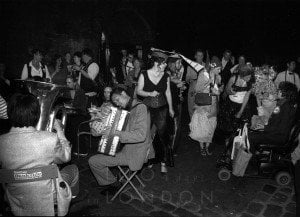 Still based mostly around what was then the La Cave bistro next to Southwark Cathedral, this year the party additionally spread out along Green Dragon Court, where, along with the welcome return of the previous year’s entertainment, was the presence of street artists from the House of Fairy Tales, and absinthe tasting outside Café Brood – which could possibly have something to do with the frenzied dancing in the street later on [although not as frenzied as this…]. 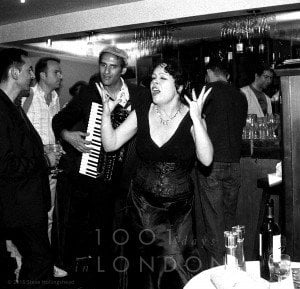 Local artist superstar Andrew Logan (we’ll come to his Alternative Miss World at a later date) was on hand to judge the fancy dress, Bethany Jameson channeled the spirit of Piaf and stripy shirts and berets abounded. No doubt all pretty similar to how they would have been celebrating in Paris at the same time… 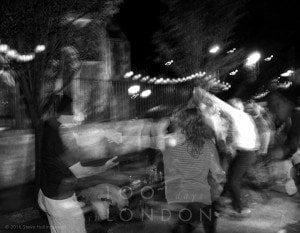 Sadly there doesn’t appear to be any video record of the evening to link to to get a taste of the atmosphere, so just imagine this. Ish.