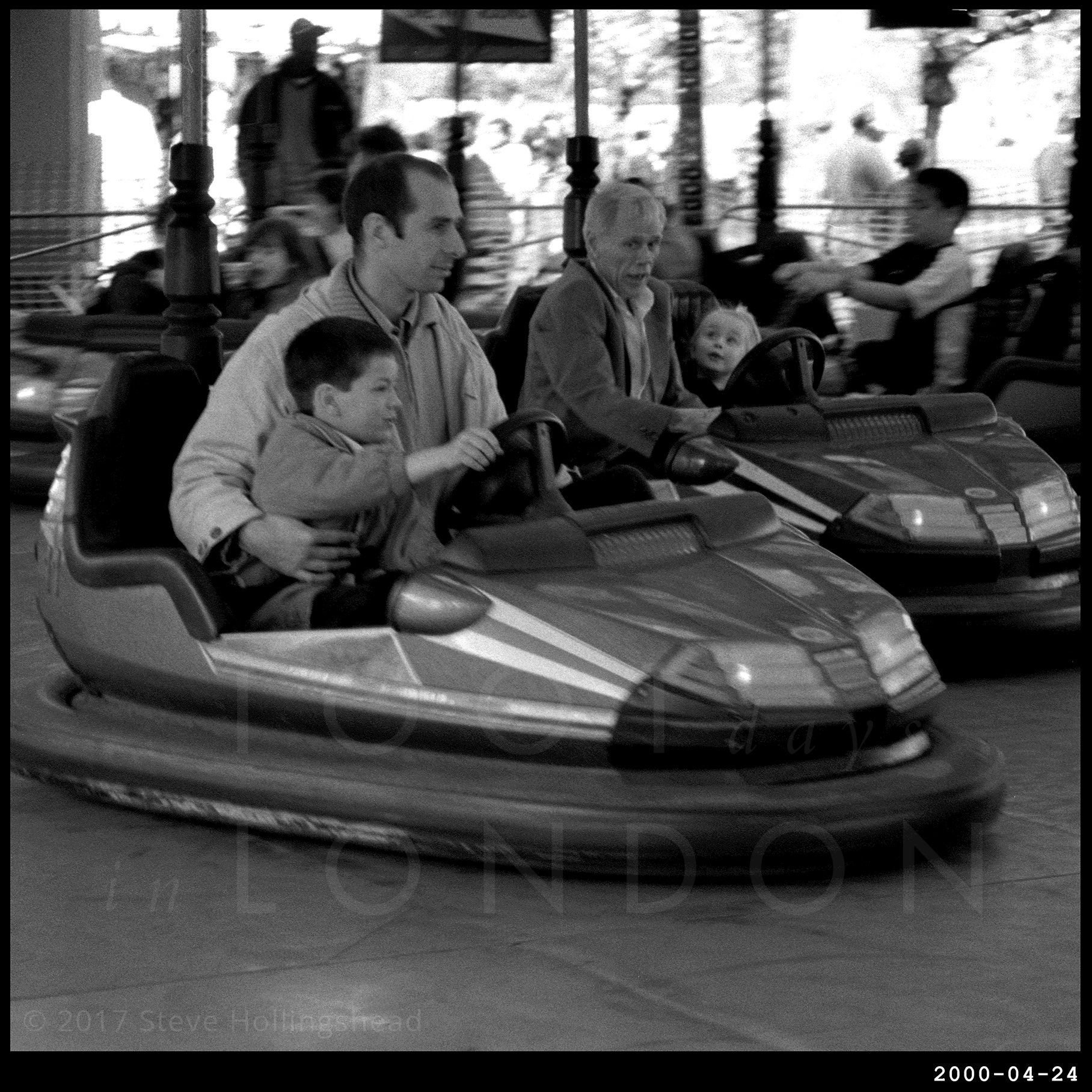 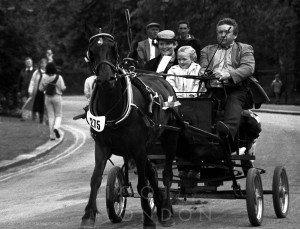 We’ve actually come to Battersea Park this particular Easter Monday to catch the annual London Harness Horse Parade, but seeing as that’s already been covered in this project, today’s picture comes from the funfair nearby, and the contrasting couples here enjoying a session on the dodgems – the small girl showing her complete trust and admiration for [presumably] her grandfather, who appears determined to give the comfortably relaxed father and son a good wallop to knock them out of their comfort zone. Well, that’s my reading, anyway. 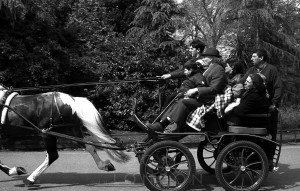 Who knows – maybe he’s reliving a part of his youth [… being very presumptuous here about his age…], having been here when Battersea Fun Fair was in its pomp – created as part of the Festival of Britain celebrations in 1951, this was one of the big attractions in London for over 20 years – Even the celebs liked to come here. However, a tragic disaster on the famous Big Dipper in 1972 [and was it all that surprising, considering how it was built?] more or less put an end to the enterprise. 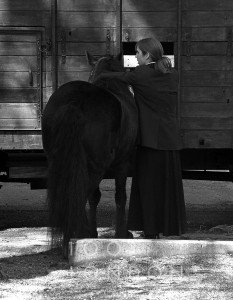 Still, at least we’ve got the country folk trotting around the park on their horses to enjoy – well until 2006 we do, anyway, after which they take themselves off to West Sussex, where presumably the journey to the show ground is less stressful than the hike through south London for horses and owners alike. 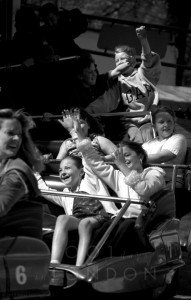 Anyway, back to funfairs, and here’s a very young David Essex on the dodgems way back when, and here’s a somewhat greyer version showing he’s still got it some 40 years later…