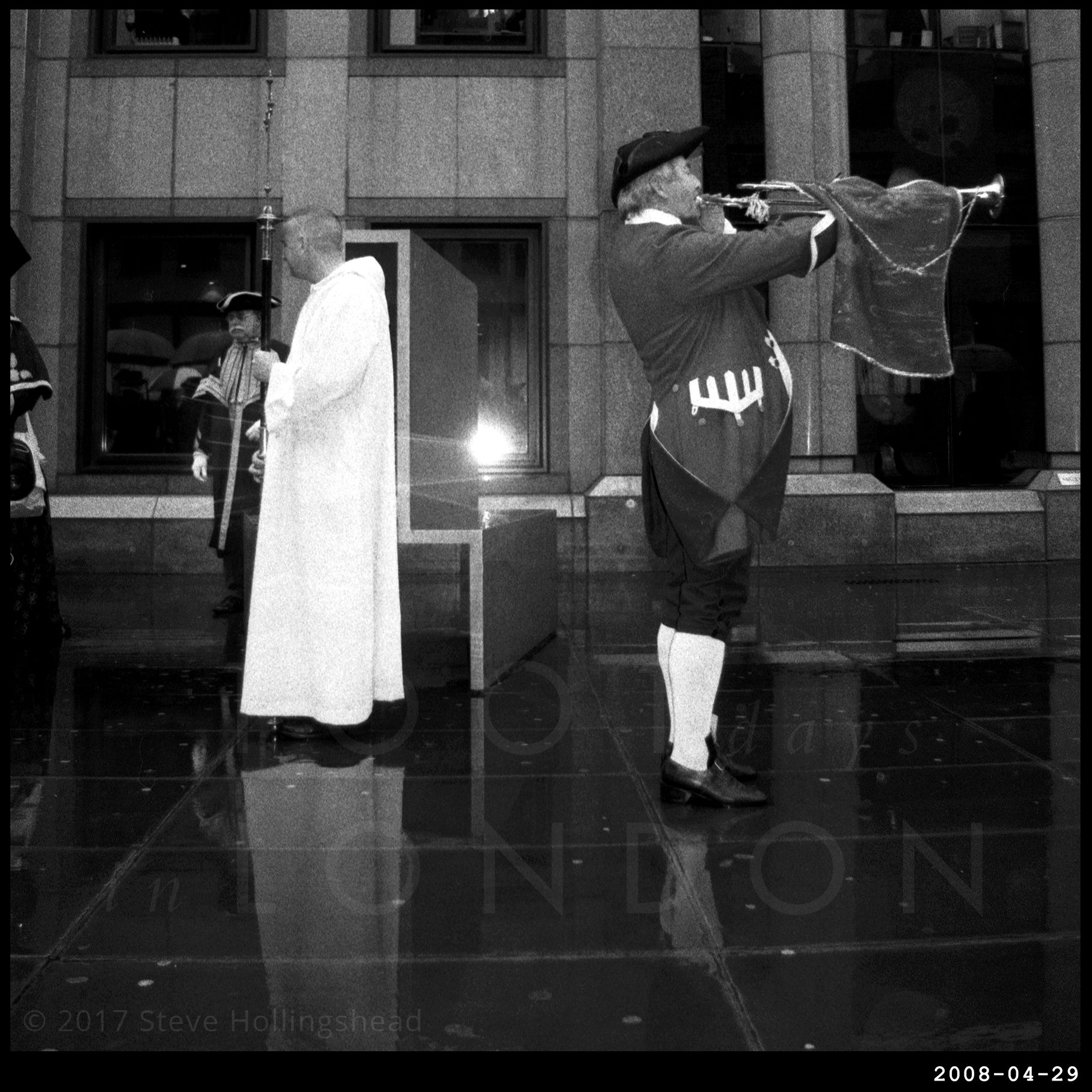 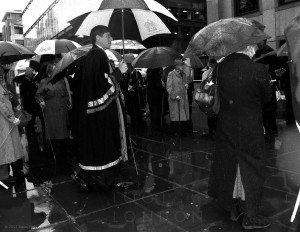 Ah… the vicissitudes of the Spring climate: here we are just on the north side of Millennium Bridge, which is apparently one of the markers of the boundary for the parish of St Andrew by the Wardrobe, and, as is custom, the parishioners are taking their annual promenade around their boundary to ‘mark’ it with willow sticks and blessings to ensure neighbouring parishes don’t have the audacity to encroach on their manor, and it starts lashing it down. 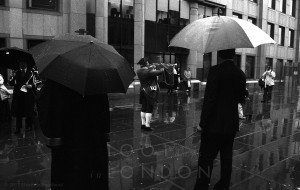 It’s not as if they could do it on another day – in the summer, say – for ‘Beating the Bounds’ is a Rogation Days tradition, which, you won’t be surprised to learn, evolved from an old Roman ritual [which still takes place in some parts of the world, although the sacrificial dog seems to have been lost over time…], and that’s all tied up with Ascension Day, which, admittedly is unusually early this particular year. 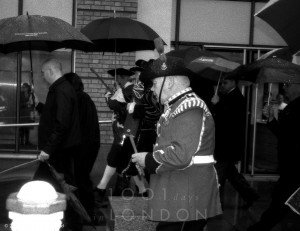 This particular entourage is beating for the historic Wren church of St Andrew by the Wardrobe, which we encountered in a previous post and which is in many respects a more colourful spectacle than the more celebrated gathering that takes part down by the Tower of London, but this area – tucked away behind the busy Queen Victoria Street near Blackfriars – isn’t exactly the most picturesque part of the city. 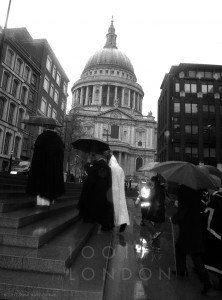 The church, incidentally, has recently been celebrating the life of local clergyman John Newton, famous for, amongst other things, this little ditty.