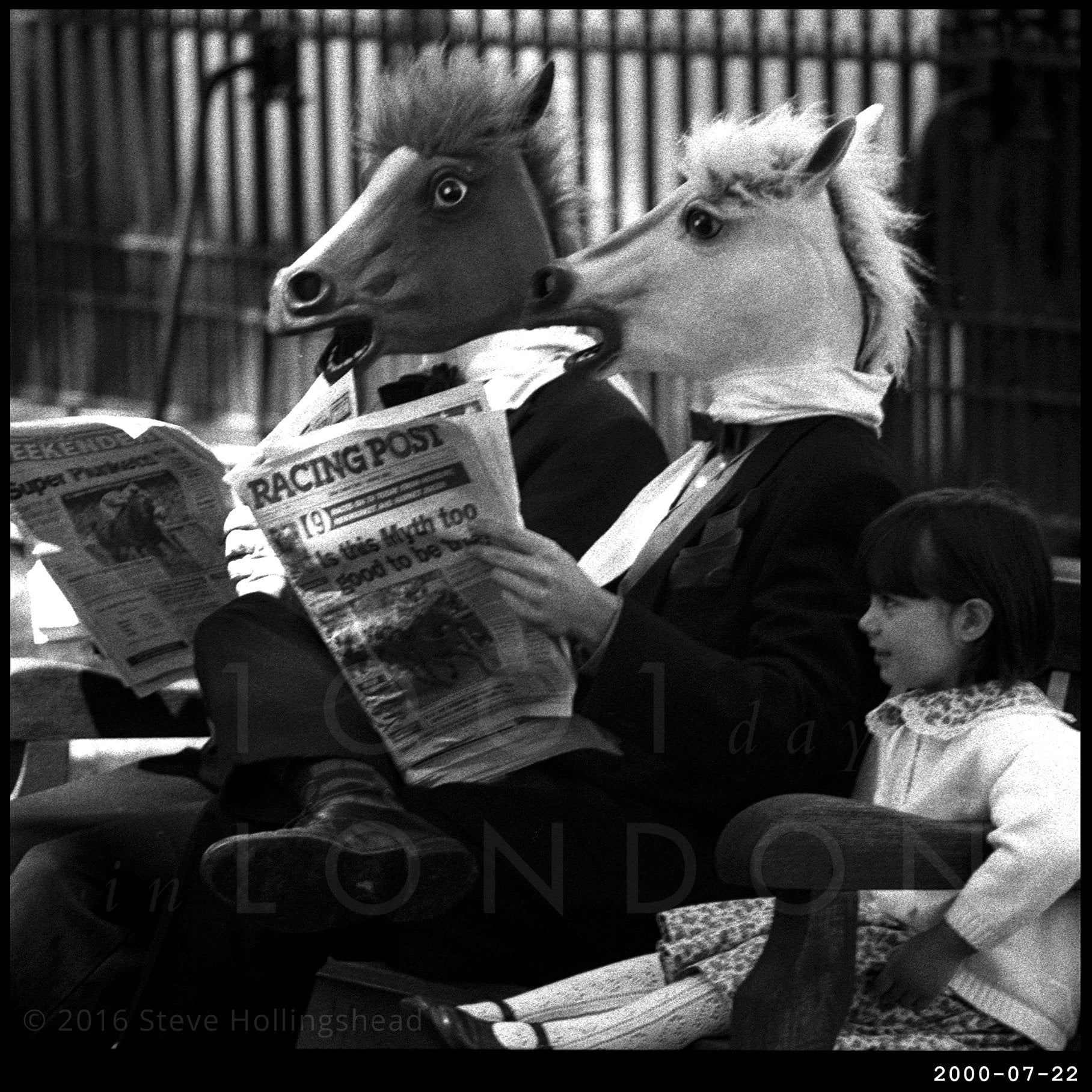 Back in 2000 everyone was so relieved that the so-called Millennium Bug failed to materialise, instigating The End of the World as we Know It, that spontaneous celebrations sprang up all over the place – even in posh old Mayfair where Berkeley Square held a ‘Westminster 2000 Festival’ 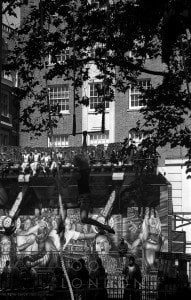 The 300-year-old square is famous for a bird that is rarely – if ever – heard there, and also for having one of the Most Haunted Houses in the country (as well as a couple of vintage movies) and is usually an oasis of calm – apart from all the traffic constantly circling it, that is… 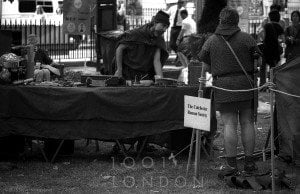 On this day, however, we had circus performers, funfair rides, er… Roman characters and a rare outing for the constantly evolving Pipers 3D Map of London (how different that looks now…), which is usually to be found in the much underrated Building Centre in Bloomsbury. 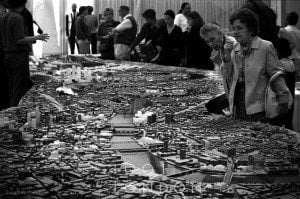 And our two equine friends studying the form? It looks like they’ve had to resort to busking to provide for their little flutters, though they do manage to get out to mix with the public occasionally (and if you think I’m going to link to that Godfather scene, you’d be wrong).

Ok, so Berkeley Mews isn’t quite in the immediate vicinity, it still makes for a livelier ditty than that birdie song mentioned earlier.