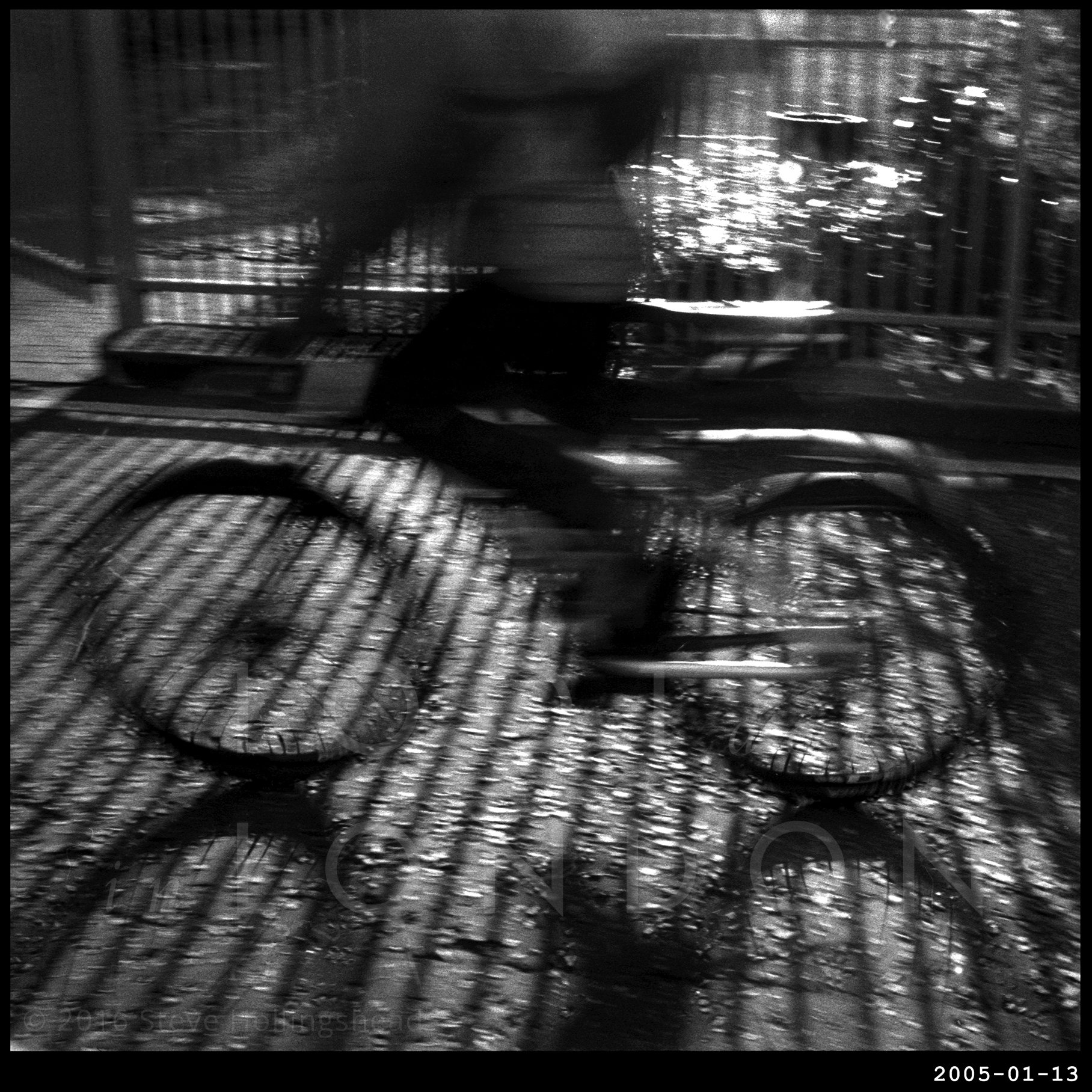 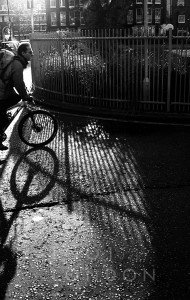 Despite all the talk of The Decisive Moment that fellow Cartier Bresson used to bang on about, sometimes it’s pure fluke that you happen to be in the right place at the right time and the eye-brain-finger co-ordination is, for once, on the ball. So, in this case we have the tantalising combination of low, bright sunshine, a chap pootling past on his bicycle and some much appreciated park railings between the former and the latter. And Click. 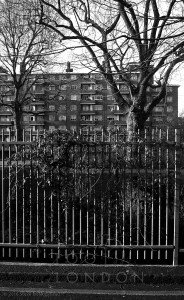 This is Nelson Square: a little bit of history very close to Southwark tube, and the reason we’re here is because some of the local pensioners are taking part in a reminiscence project under the auspices of Blackfriars Settlement – a very noble local organisation which, for the first century or so of its operation was based in this square. 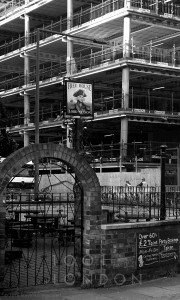 Changes are afoot, of course, as demonstrated here by the building works for the soon-to-be Palestra office block, on the site of what used to be the famous and popular The Ring boxing establishment [before the Luftwaffe put an end to that], which some of my charges just about recall, and is commemorated by the Ring pub opposite (not to be confused with the Lord Nelson pub here, which has become really rather popular since a makeover a few year ago). 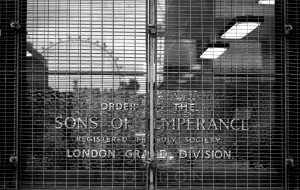 And I know we’re a long way from Belsize Park, but a bit of Englebert would go down very well with some of my companions this afternoon.