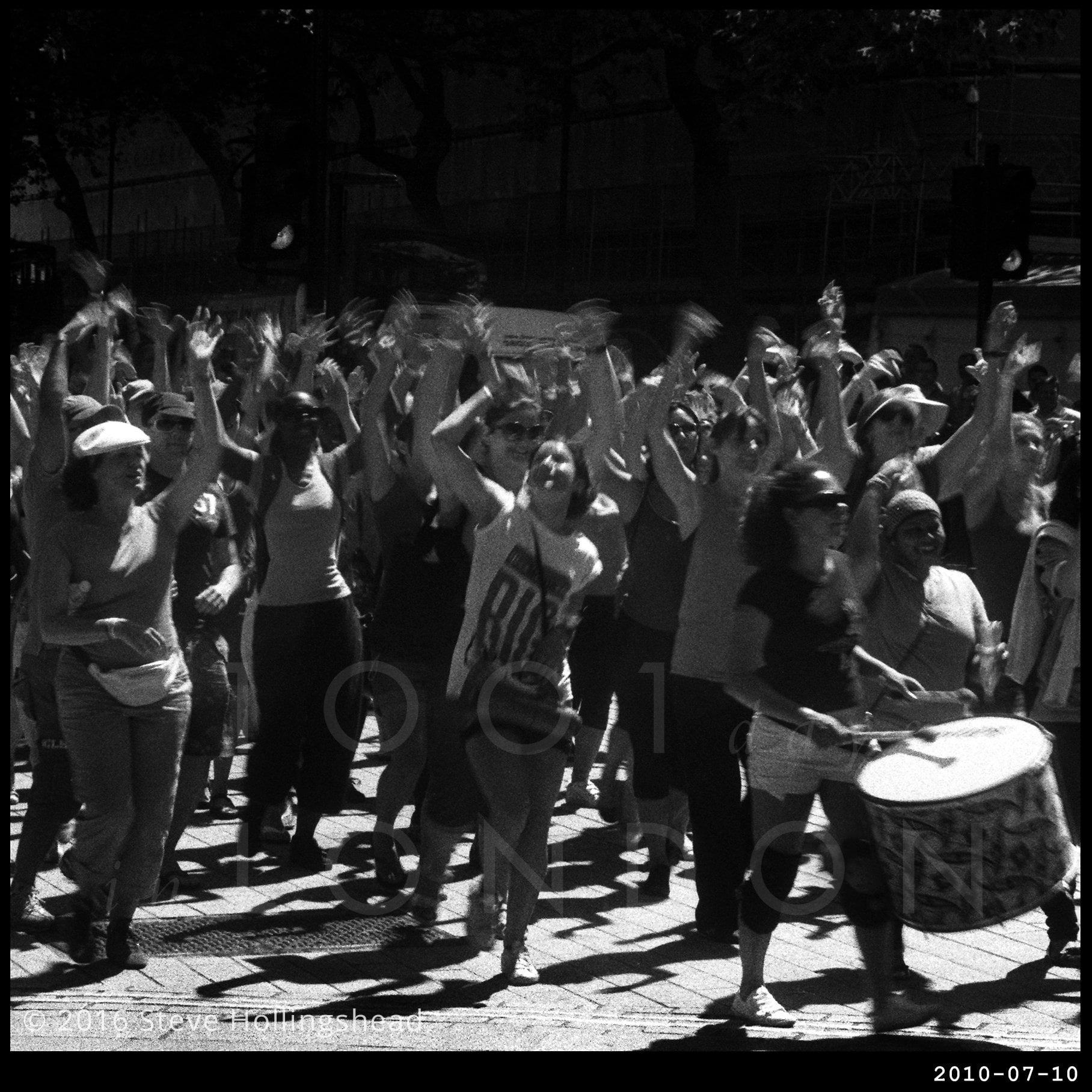 Heralded as the biggest dance initiative in the world, Big Dance (and we’re talking about proper dancing here, not some strange American College Basketball thing), was initiated as a biennial festival in 2006 by the then Mayor Ken Livingstone, with over 400 events taking place throughout the country, culminating in a world record for something or other in Trafalgar Square. 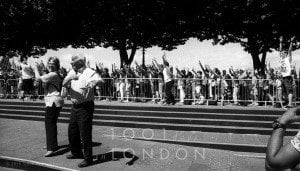 There were more than twice as many events in the programme for the 2010 festival, covering all sorts of aspects of dance (though possibly not 1980’s style), and again the climax was in Trafalgar Square, with a number of groups dancing their way across the river behind Samba ensemble Tribo (Pied Drummers, so to speak) following a bit of a warm up at the South Bank – the couple here joining in with an impromptu audition for that year’s Strictly… 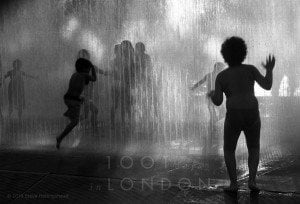 Talking of the South Bank, Jeppe Hein’s water sculpture Appearing Rooms outside the Festival Hall was proving very popular in the mid-summer sunshine. We’ll see more of this some other day.

Back to the dancing lark, there’re some impressive shapes being cut in this 1960s compilation soundtracked by Chris Montez. There’s a 70s one here as well for good measure.