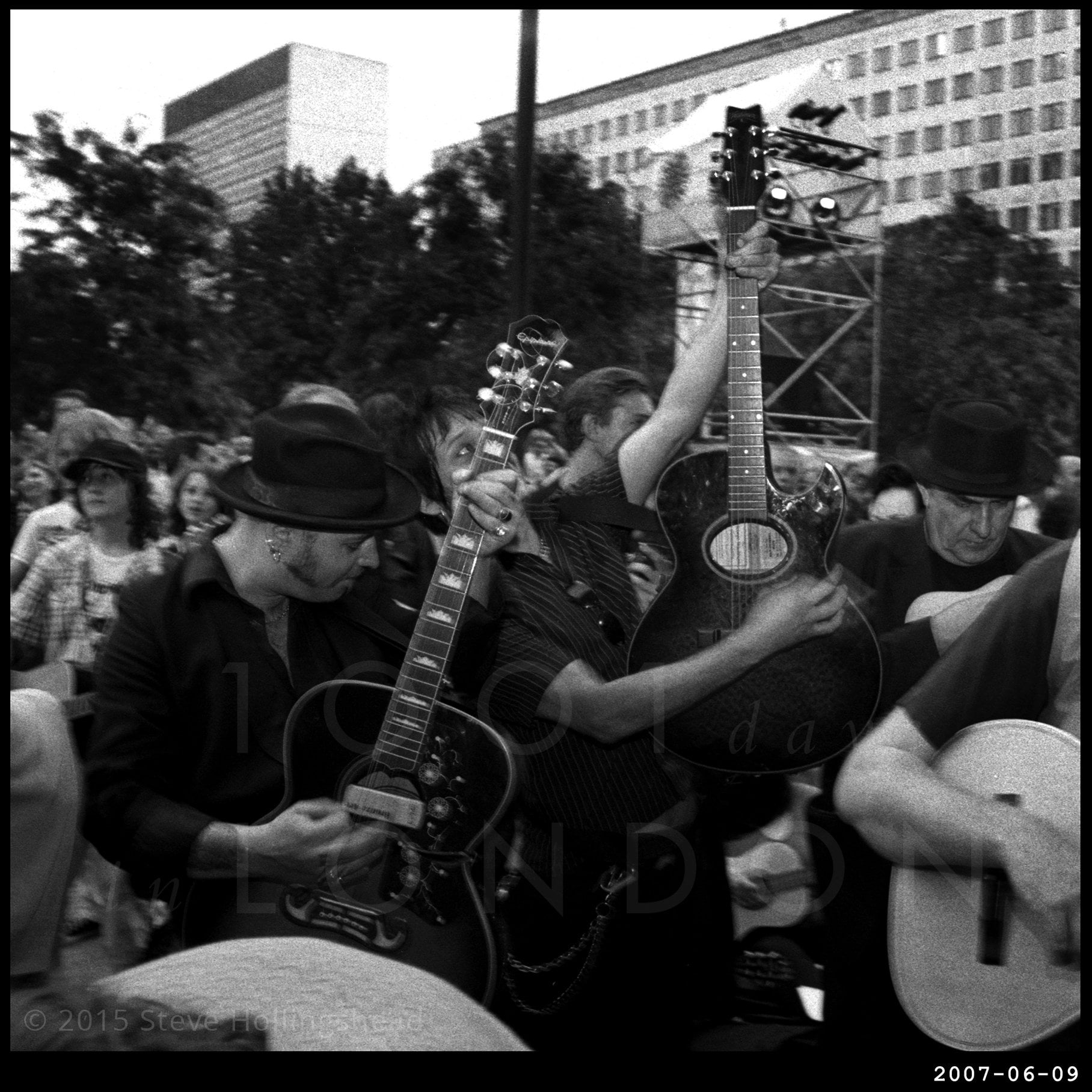 First opening in 1951 as part of the Festival of Britain, the Royal Festival Hall has long been one of the South Bank’s most cherished assets. However, by the turn of the century it was beginning to lose some of its sparkle, so in 2005 the building was closed for a major, yet ‘subtle’ refurb.

Two years later it reopened with The Overture: a weekend of free family events and activities and over 130 live performances throughout and around the gleaming ‘new’ building.

Naturally when a half-century-old revered institution decides to make an event of something, the crowds come in their numbers. Thus, as Billy Bragg (sorry) warmed up on the balcony at the back of the Hall, hundreds of would-be musicians gathered with their guitars below him to join in with a celebratory singalong, some more tunefully than others. 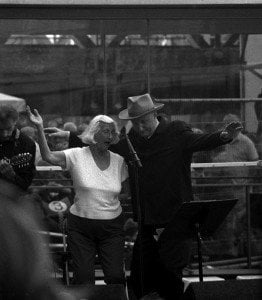 The Bard of Barking had already performed earlier that day on the Riverside Terrace, at one point bringing his mum (who sadly passed away in 2011) onstage to join him in a rendition of that subversive left-wing rabble-rousing anthem Underneath the Arches. 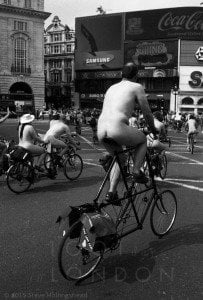 Naked Bike Ride passing through Piccadilly Circus – the danglies-free angle, for the more sensitive among you.