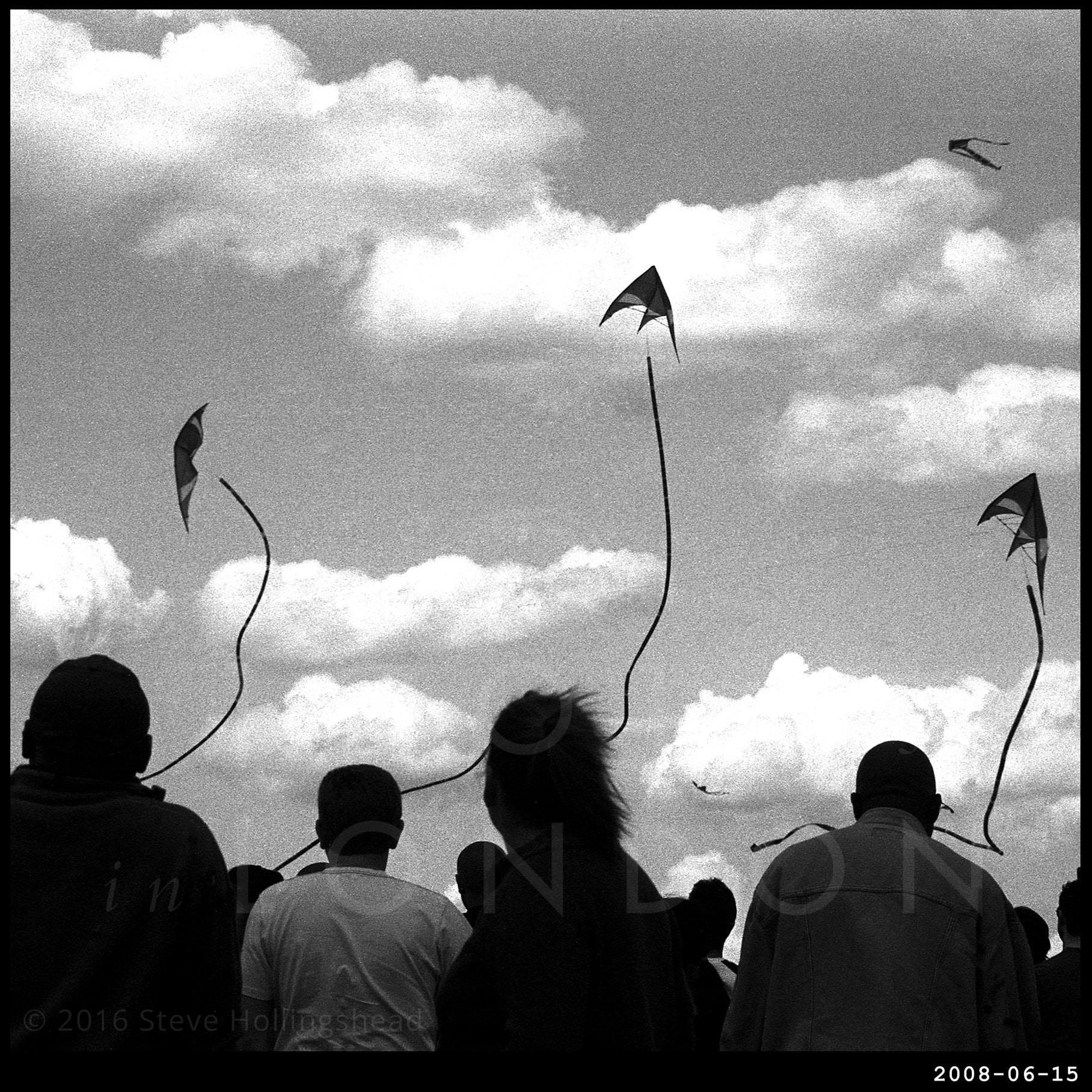 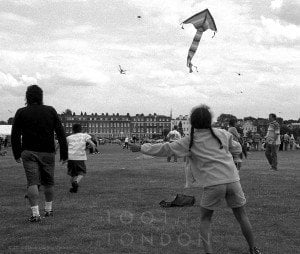 OK, so this didn’t quite work perfectly: the notion being that kite specialists Team Spectrum have become so highly skilled in their ability to control their charges they can fly them through one ear and out the other without the spectator noticing – they’re good, but not that good.

[The other conceit – that this was a particularly novel approach to taking out zombies: undead victims of the Black Death rising from the notorious plague pit – falls flat on the universal acceptance that the plague pit story is actually just a myth.] 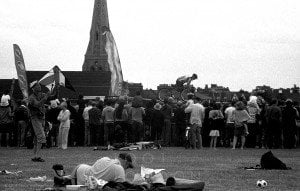 So here we are visiting Greenwich’s more upmarket neighbour for yet another event that, though popular, has become a victim of Necessary Austerity Measures. This is a shame, for if there’s anything a windswept heath is good for – apart from staging King Lear, of course – it’s for flying kites. Oh well, least there’s still the Streatham one to go to (although it looks like the majority here are more interested in the bike bit of the event). 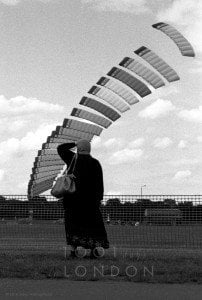 Also no longer with us is Len Thorne [not due to austerity measures, one hastens to add], whose famous donkeys for years gave small people in these parts a little taste of the seaside. Donkeys’ years, in fact. 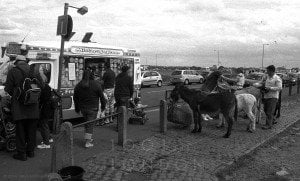 The Heath does, however, manage to put on a pretty impressive music festival each year, local heroes Squeeze bringing on other local heroes to help out recently.