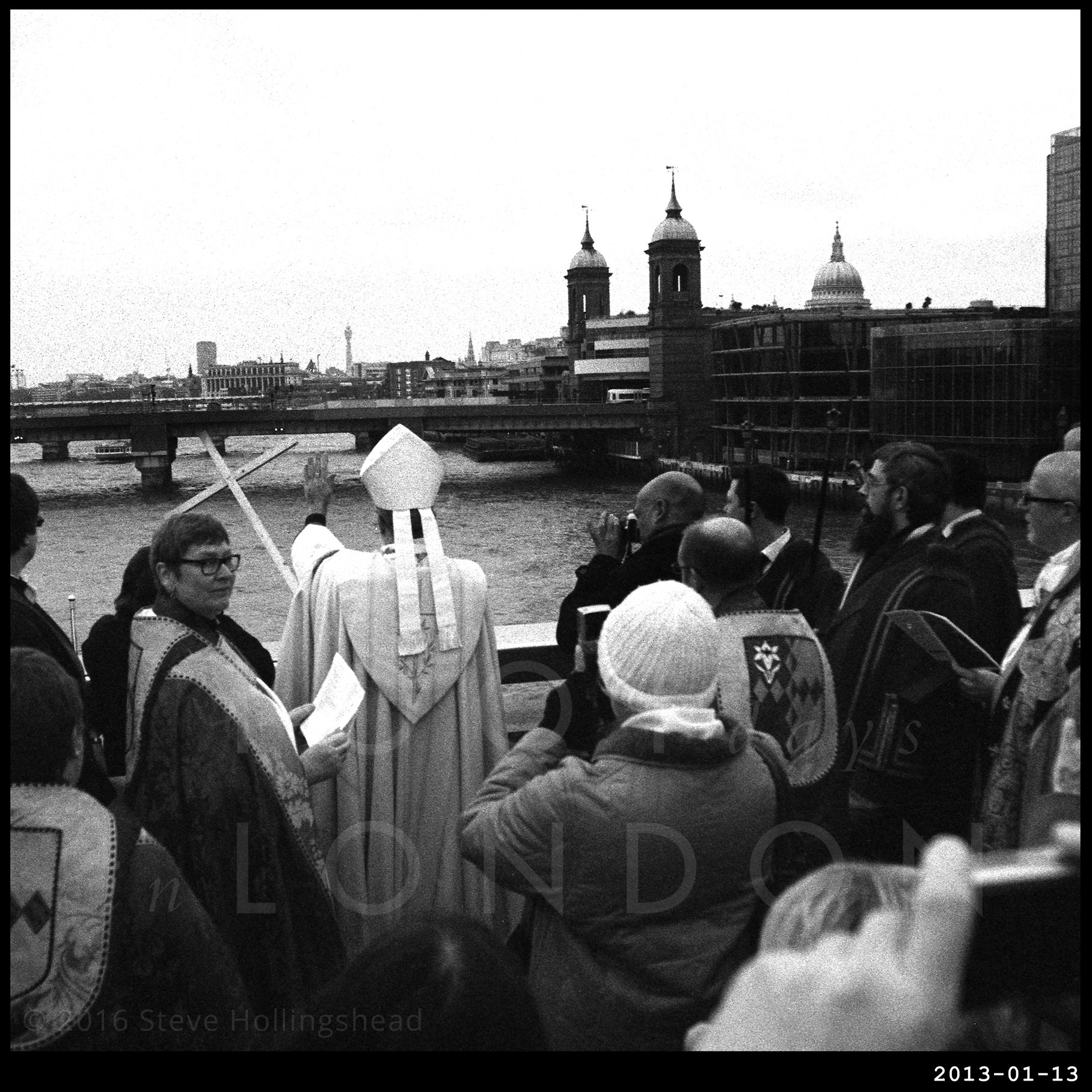 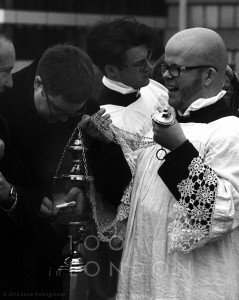 A number of London’s annual traditions and ceremonies have been taking place on a regular or irregular basis for centuries, and you’d be forgiven for assuming this event is one of them: after all here we have a meeting of two of the most long-established houses of worship in the city, on the oldest crossing point of the Thames [well, this bit of it, anyway] which, as Peter Ackroyd mentions at length in his biography of the river – short review here, epic review here – has always had spiritual connotations. 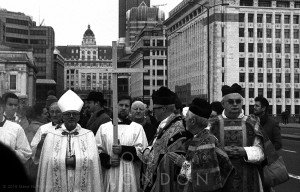 But, no – this is a comparatively new ‘service’, and just as much as you can appreciate why this event exists (an opportunity to bless and remember those who live and work on the river as well as those who’ve perished in it) you can also understand why it didn’t before (standing around in the freezing cold – particularly when the Cathedral entourage always seem to take their time in getting there).
Still, at least they have a hearty brunch to look forward to. Some of us need to move on to other gatherings. 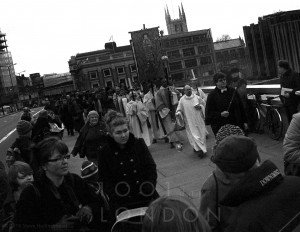 Actually, back in The Days Of Old when the Thames would regularly freeze over, they could have
had the Ice Sculpture Festival here under London Bridge itself [look out for that big cross that’s just been thrown over, though] – but without the chainsaws, of course. 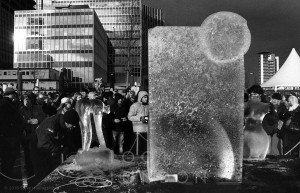 Instead it’s taking place in Canary Wharf, and a very popular event it’s turning out to be only 3 years after becoming established here. Anyway, we’ll have more to say about that another time.

And I accept this doesn’t exactly conjure up the middle of London on a freezing January morning, but the spirit’s there. Somewhere.