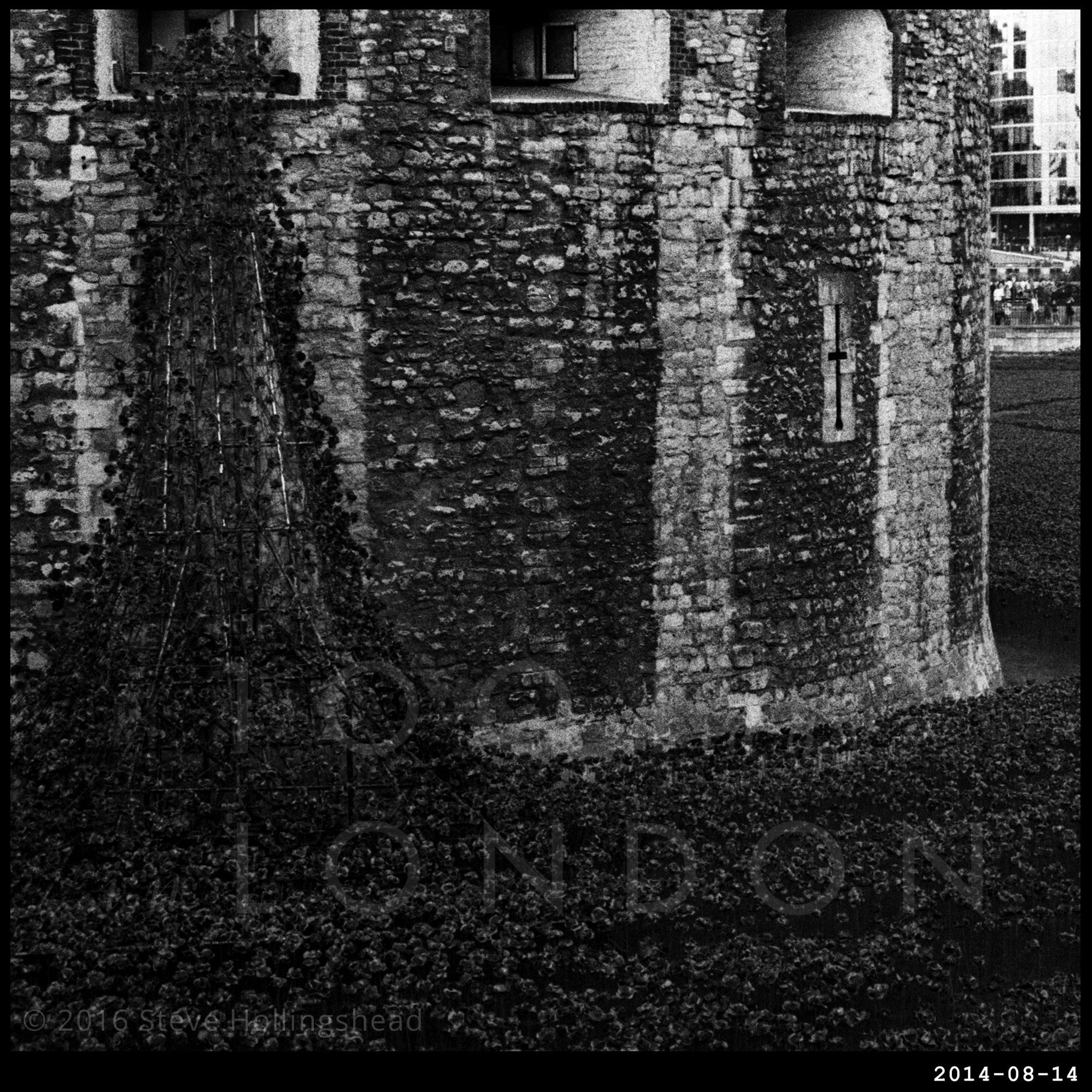 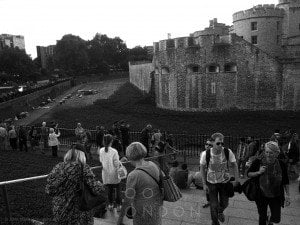 Yes, I appreciate the whole point of this extraordinary installation by Paul Cummins and Tom Piper is the visual impact of the great sea of red appearing to pour out of a turret in the Tower and filling the moat with porcelain flowers. Grey doesn’t really have the same effect.

However, the textural contrast presented by the cascading poppies against the ancient brickwork highlights a visual drama that’s not appreciated in all those colour images. Well I think so anyway. 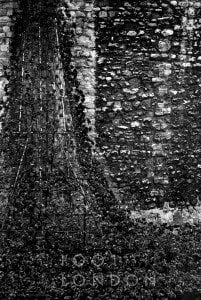 Anyway, here we are less than a month into the project and it’s already looking impressive, though the crowds are still comparatively manageable. Within the next 3 months coming on for 10% of the population are going to fight their way here to see the almost 900,000 ‘flowers’ before they’re all plucked up again and forwarded to their (mostly) charitable new owners or re-assembled into smaller-scale versions of the project. 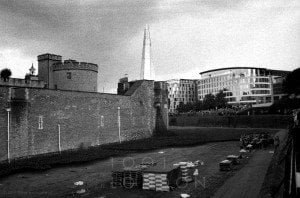 Of course the ‘bloody’ setting here has a particular resonance for the UK royal family [if not specifically the current strand]. Just don’t mention the ravens. And there’s apparently no chance of the moat ever being used again in the traditional manner, which is a shame. It was, however used as a training camp during the first world war and an allotment during the second. 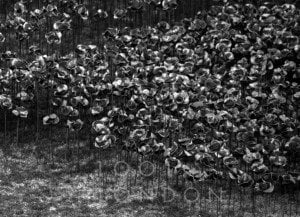 Here we have a Beefeater reciting the poem that originally inspired Cummins, and this is the Pogues’ version of Eric Bogle’s reflection on the cost of Gallipoli.