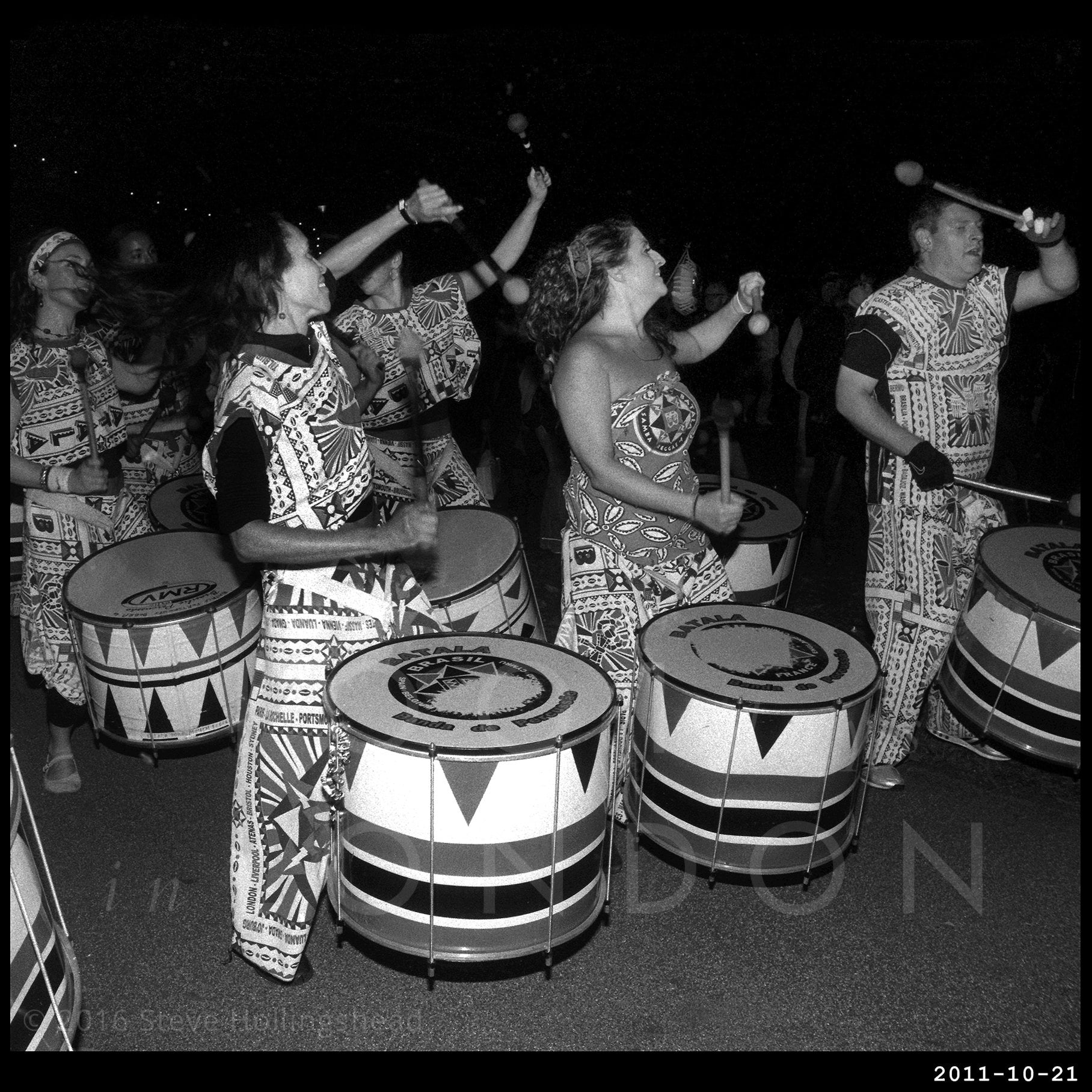 I know South Ken has got some of the best major galleries and institutions and the South Bank is right up there for arts and culture, but if you had to choose the most cerebral district in London, then you’d have to go for Bloomsbury: within its boundaries you’ll find everything from the British Museum to SOAS to Famous Writers homes, and more stuff than I’ve got space for.

There’re some very fine green spaces as well, a few of which we’ve already come across in this project. 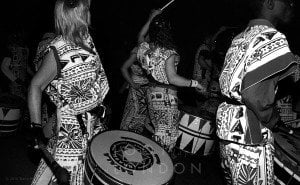 So naturally the ever expanding Bloomsbury Festival is bound to celebrate all that cerebraliousness [new word – you won’t find it in the dictionary] with a cornucopia of various intelligent things to see and do in dozens of venues around the neighbourhood. 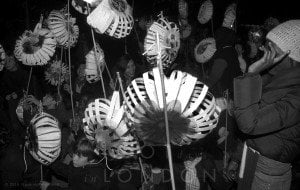 Fortunately they’re not too clever to neglect us plebs as well, and the festival usually launches with a noisy evening party in one of its squares – this particular year we’re in Russell Square, with the noise coming from the internationally renowned Batala Samba band (notorious for terrorising the Queen), accompanied by a lantern procession (yes, it got quite dark…), light installations and some cool jazz to finish off. 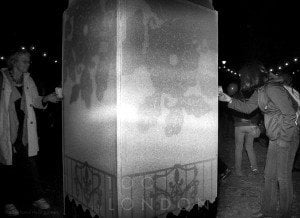 There’s also a great variety of music to catch over the festival weekend, particularly at the SOAS World Music stage, which this year introduced us to the extraordinary Ayarkhaan from Siberia.