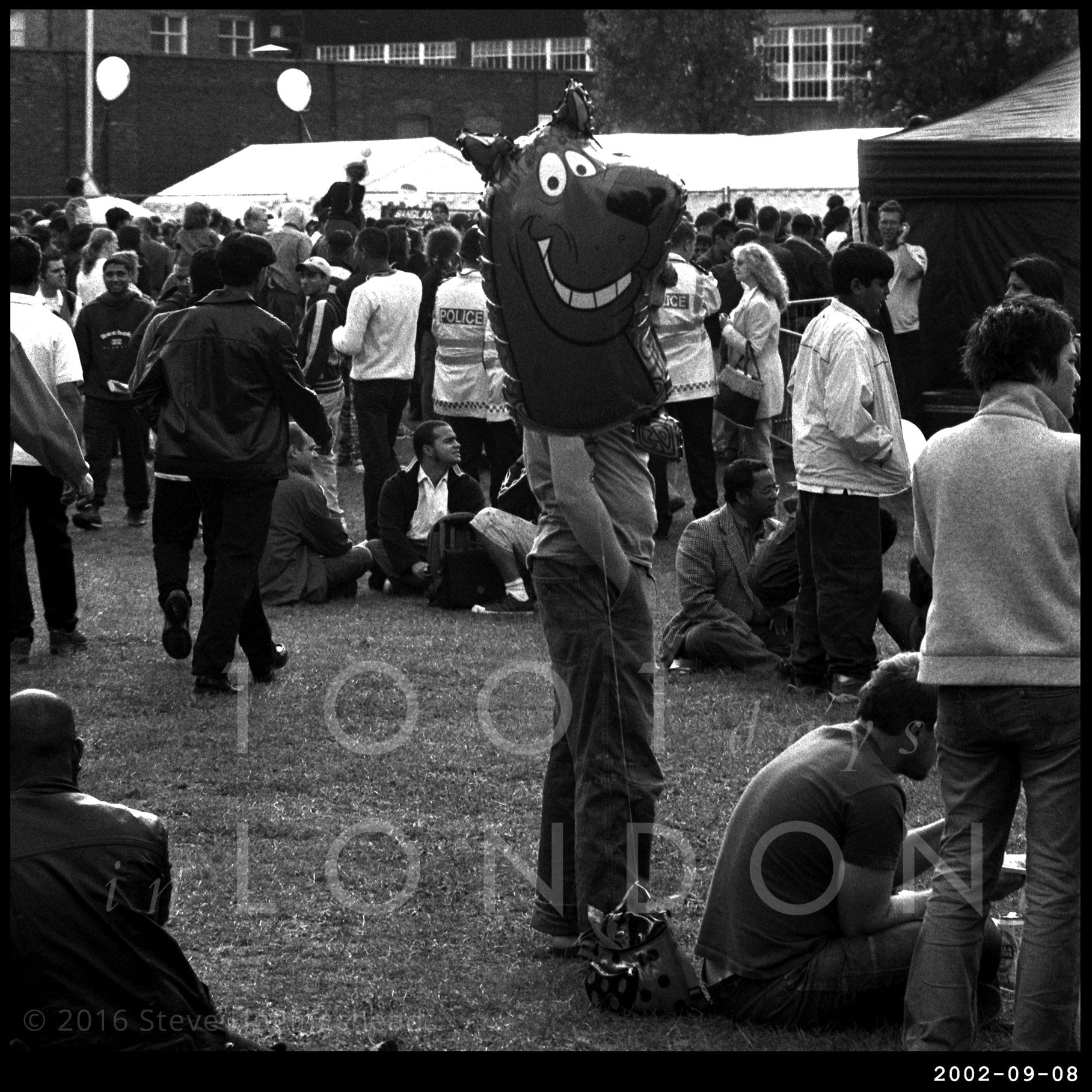 There are a few of these visual puns in this exhibition, I’m afraid – some have already appeared here, and they won’t be the last… As mentioned before, the serendipitous juxtaposition of unconnected objects is a popular theme with a number of street photographers – some more contrived than others – and it’s not a universally popular approach, apparently. Nevertheless, Elliott Erwitt remains the master. 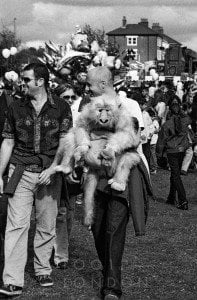 Anyway, this is – or was – the other big Festival happening in and around Brick Lane during the noughties. A late summer counter balance to the spring Baishakhi Festival for the Bengali New Year, at one point it was seen as a potential East London version of Notting Hill Carnival (the BBC evidently had a very limited picture library at the time…) 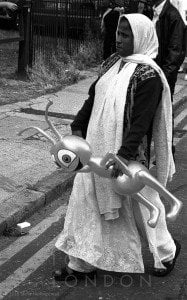 However, whilst the Baishakhi Festival expanded into a vast celebration of the local Bengali community, the Brick Lane Festival concentrated its efforts on appealing to the growing clubby culture, evolving into a music festival centered around the Vibe Bar in the old Truman Brewery – even bringing legendary DJ (Sir) David Rodigan to the party. 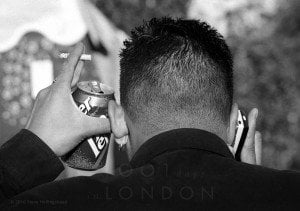 Disputes with Tower Hamlets council over licensing resulted in the Vibe Bar closing its doors in 2014 and the Festival hasn’t been seen since.

Just in case there’s anyone out there unfamiliar with the balloon image in the picture, then here’s a pointer. This is how the Festival looked in 2012, and here’s some local pop star having a bit of a singalong with some chums a few years earlier.