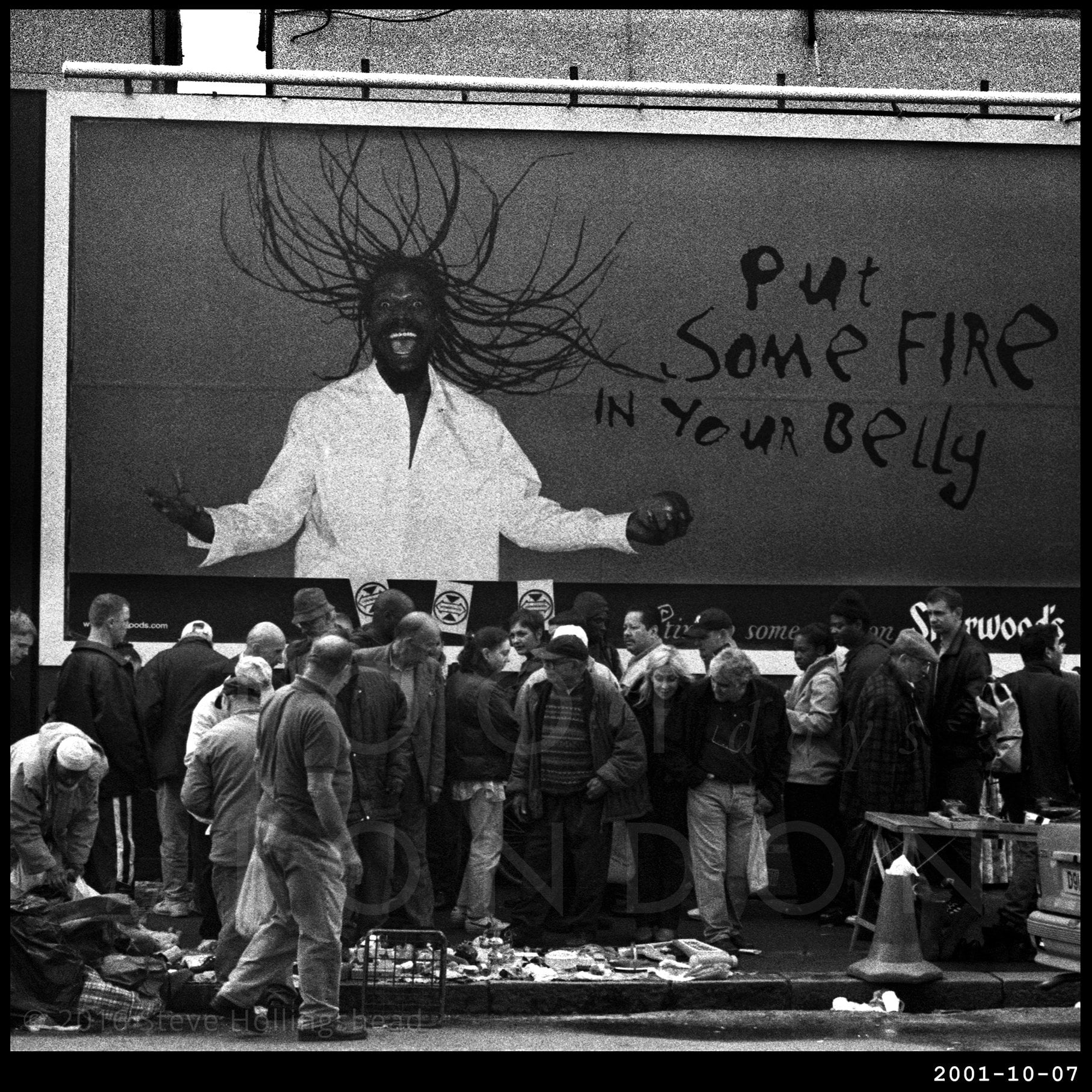 If it wasn’t for Happy Electric Head Dreadlock Man in the poster, you could easily assume this picture was taken at least twenty or thirty years ago instead of 2001, so much has Brick Lane changed over the past dozen or so years. This was, of course before that new fancy Dan railway took over the dodgy old line that was here before. In fact where this picture was taken is more or less where ultra-groovy container shopping mall Boxpark ensconsed itself soon after the new station opened.

As has been well documented (on a previous post here, in fact, though with somewhat more detail here and here), Brick Lane and Spitalfields have been constantly evolving over the past few centuries, particularly with regard to the cultural background of their inhabitants, although this appears to be the first time that richer migrants are squeezing out less affluent incumbents. 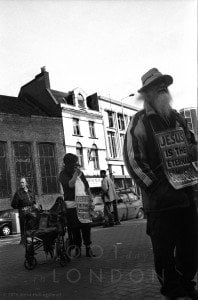 The architectural and cultural richness of the neighbourhood is a constant draw for aspiring photojournalists, but that’s hardly anything new: The Gentle Author has showcased a whole wealth of local archivists over the years in his blog (Colin O’Brien, Maketa Luskacova, Phil Maxwell, Val Perrin, and many more).

Anyway, regardless of the encroaching Hipsterisation, it’s still the best place to go for shoes and beigels. And there is this song from much missed Ronnie Lane celebrating his post-war childhood on the ‘Debris’.