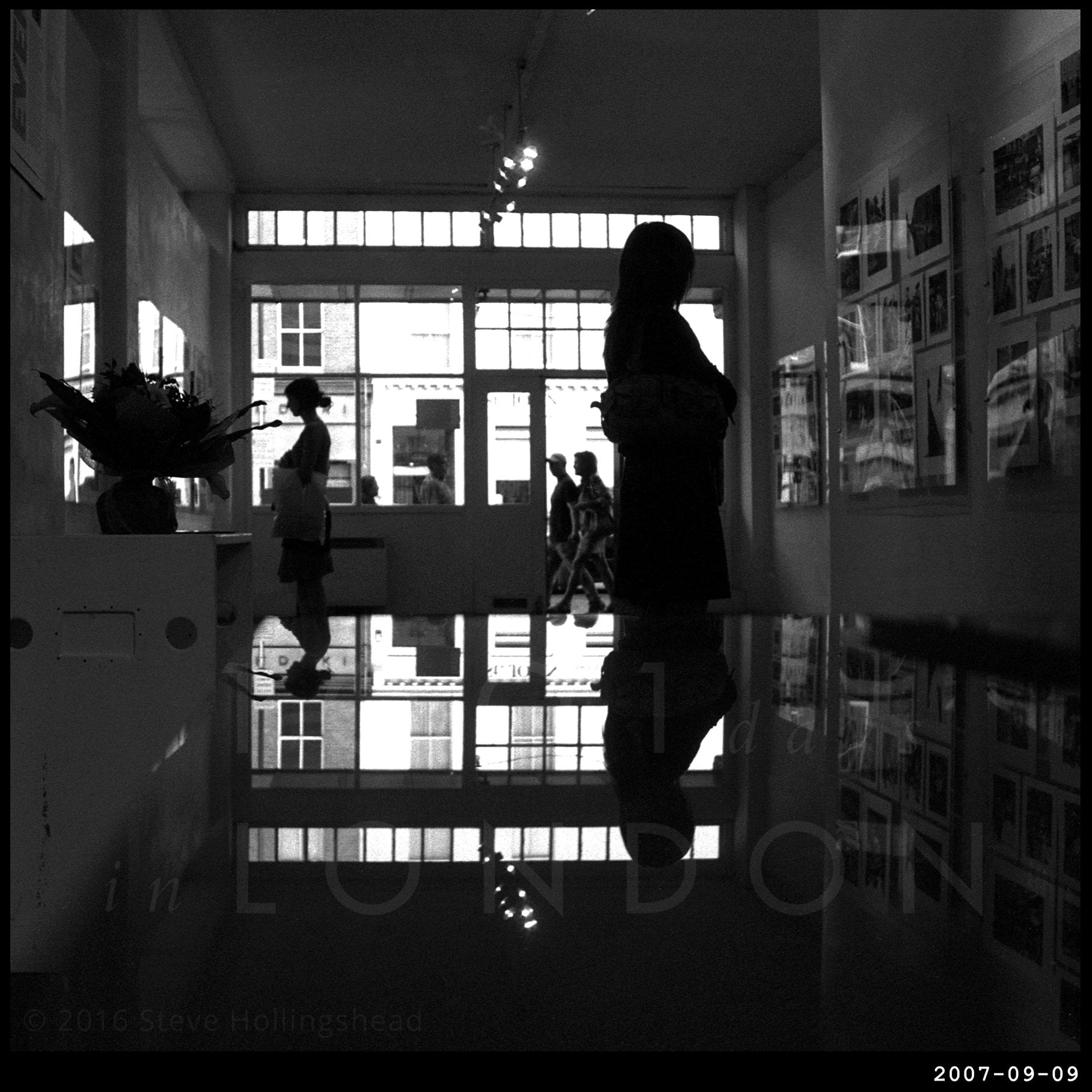 Technically speaking, this image has nothing to do with Brick Lane’s annual music festival, being that it’s not in Brick Lane and there’s no music happening. However… there is a musical connection, which we’ll come to in a bit. 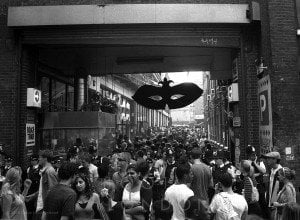 Anyway, just down the road from here, Brick Lane is rammed – the festival itself having morphed from the more general community festival of the early years of the decade, which spread into Allen Gardens with a strong Bengali emphasis, into a contemporary urban music bash concentrated in the booming clubby venues that had been taking over chunks of the vast Truman Brewery building over the past few years (the Bengalis had a much bigger festival in the Spring to concentrate on anyway). 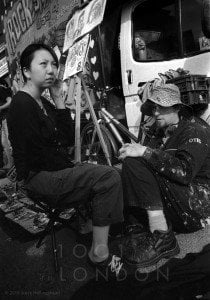 Meanwhile just up the road in Spitalfields Market, one of the longest established and respected music venues in the area was a matter of days from closing its doors for the last time – a victim of the ‘redevelopment’ of the market (I may have mentioned before) successfully squeezing out many of the businesses that had made the market so popular in the first place. 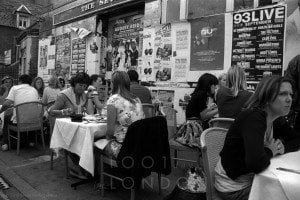 Still, the Spitz went out in style, finishing off with a grand party ‘A Great Night at the Spitz’ (a nod to ‘A Great Day in Harlem’ all you jazzy types will be familiar with…).

The Spitz also had a rather smart art gallery as well, showcasing the work of a number of highly regarded photographers. And this bloke. 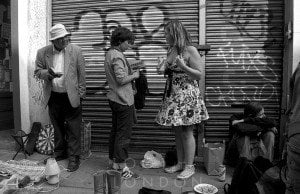 You won’t find too much on the Spitz in webland, though there is this from short-lived popsters Fields. You’ll also find an awful lot of over-cute looking dogs.