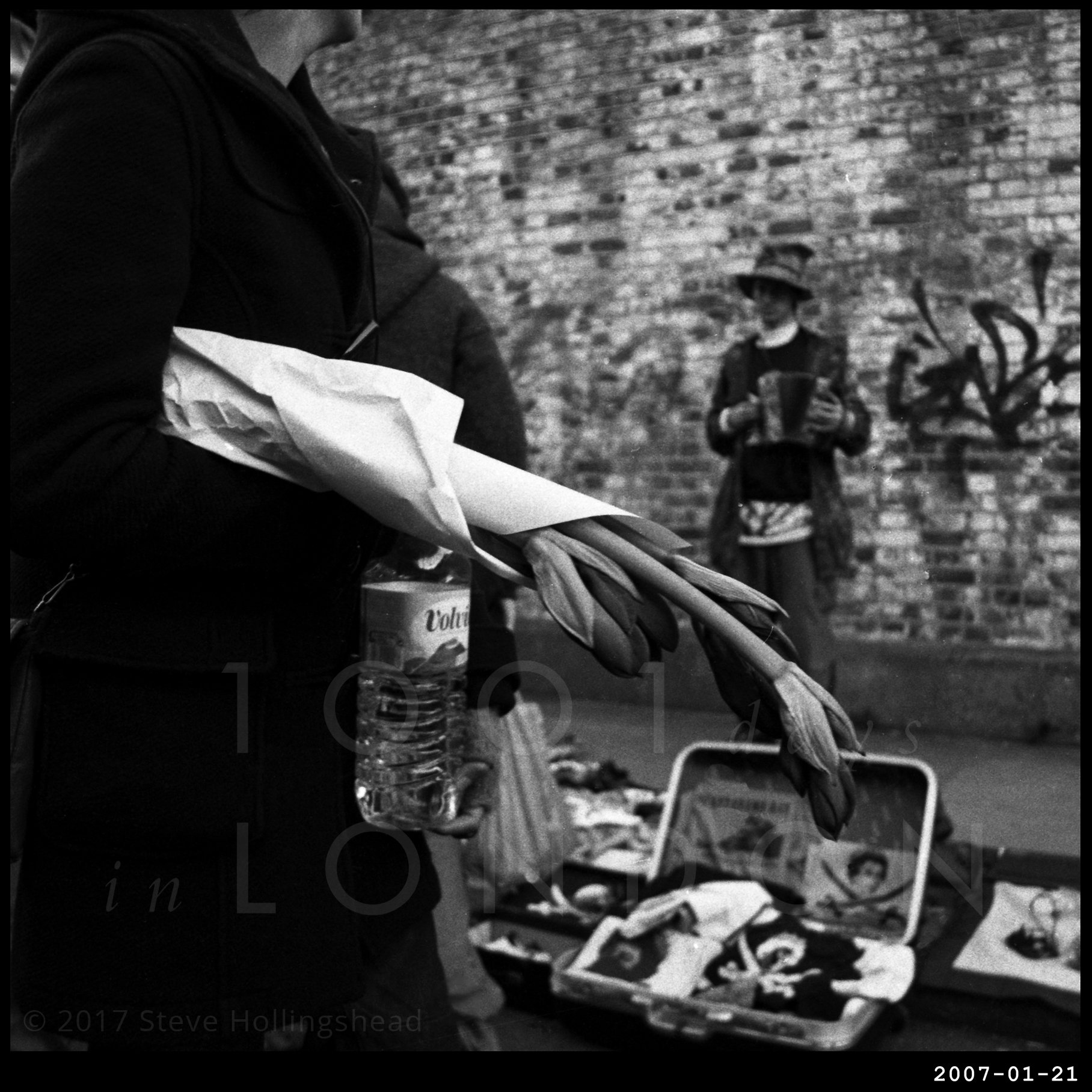 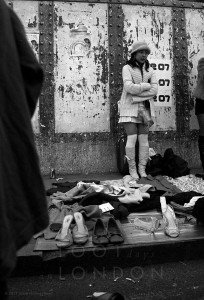 Looking at this picture you may be of the opinion that I was in fact aiming to focus on the groovy ragamuffin with the accordion when the proud purchaser of a fresh bunch of tulips happened by unexpectedly, distracting the camera to focus on that instead – who could possibly say? Sara and Hoppity and all that… 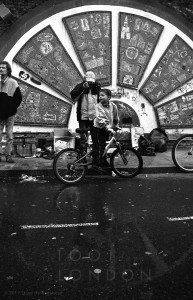 You might also be of the opinion that the middle of January is a bit early for tulips (no doubt purchased up the road at Columbia Road Flower Market), but it appears the Dutch would beg to differ on that score, so no climate change rant today. 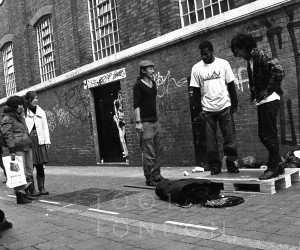 Anyway, we’re in Brick Lane again, sort of mid-gentrification period, when they the younger hawkers are well advanced in replacing most of the old guard, but we’re not quite into full-on Vintage Clothes and Street Food frenzy yet. 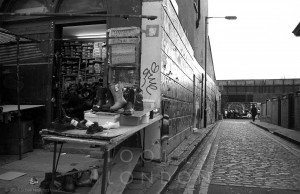 And even though, being a damp winter’s day, it’s understandably comparatively quiet, there’s plenty of entertainment to be had on the street, whilst around the corner the perennial Blackman’s is still the only place to go for DMs, Plimsoles (though maybe not so much this time of year) and other quality British shoes.

Talking of entertainment, this bunch apparently honed their act by performing in these mean streets, albeit on somewhat busier days.