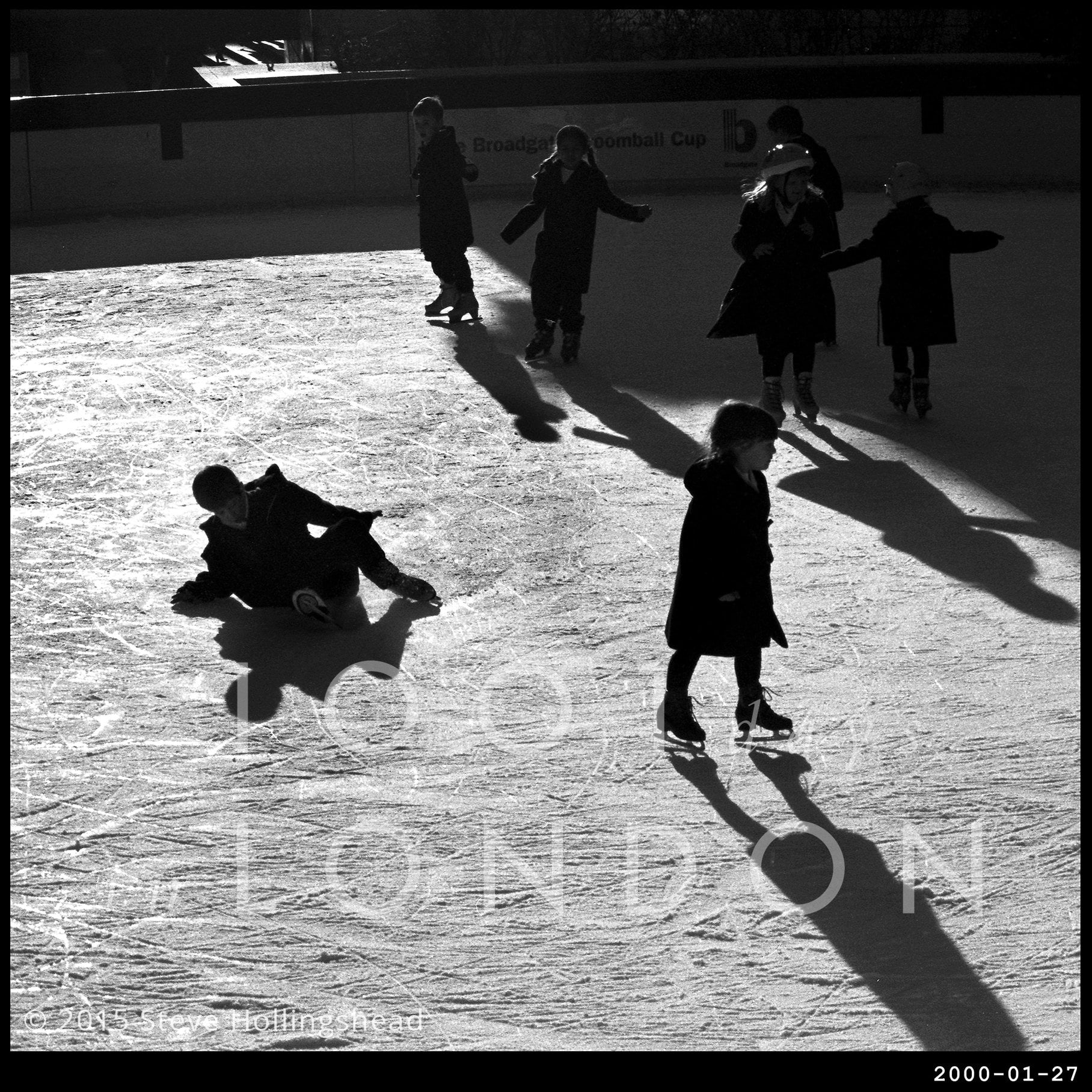 Well there’s timely – here we are with the start of winter (technically) still over a month away, and London’s seasonal skating rinks are already open for business. Nowadays there seems to be a pop-up ice rink appearing on just about every street corner, but it wasn’t all that long ago that aspiring Torvill & Deans would have to wait for the village duck pond to freeze over sometime around February in order to strut their stuff.

Thank heavens, then, for postmodernist masterpiece/architectural disaster (take your pick) Broadgate. Built in the late 1980s over the ruins of the loved but neglected Broad Street station next to Liverpool Street, it included a circular ‘public’ space for diners and drinkers (imaginatively named Broadgate Circle) within which was a performance area that converted into an ice rink during the winter months – popular not just with local office workers but also with small school parties (& I reckon she’s just decked the young fellow).

Extraordinarily, despite it only being less than 30 years old, the place is already being scheduled for redevelopment, though for the time being at least there’ll still be somewhere to skate.

Meanwhile, just up the road 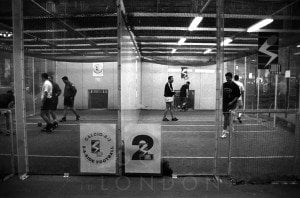 Old Spitalfields Market, pre-gentrification era & they’re trying their hands (ok, ‘feet’) at 2-a-side football, & judging by how little I can find out about the activity, it didn’t exactly take the world by storm…