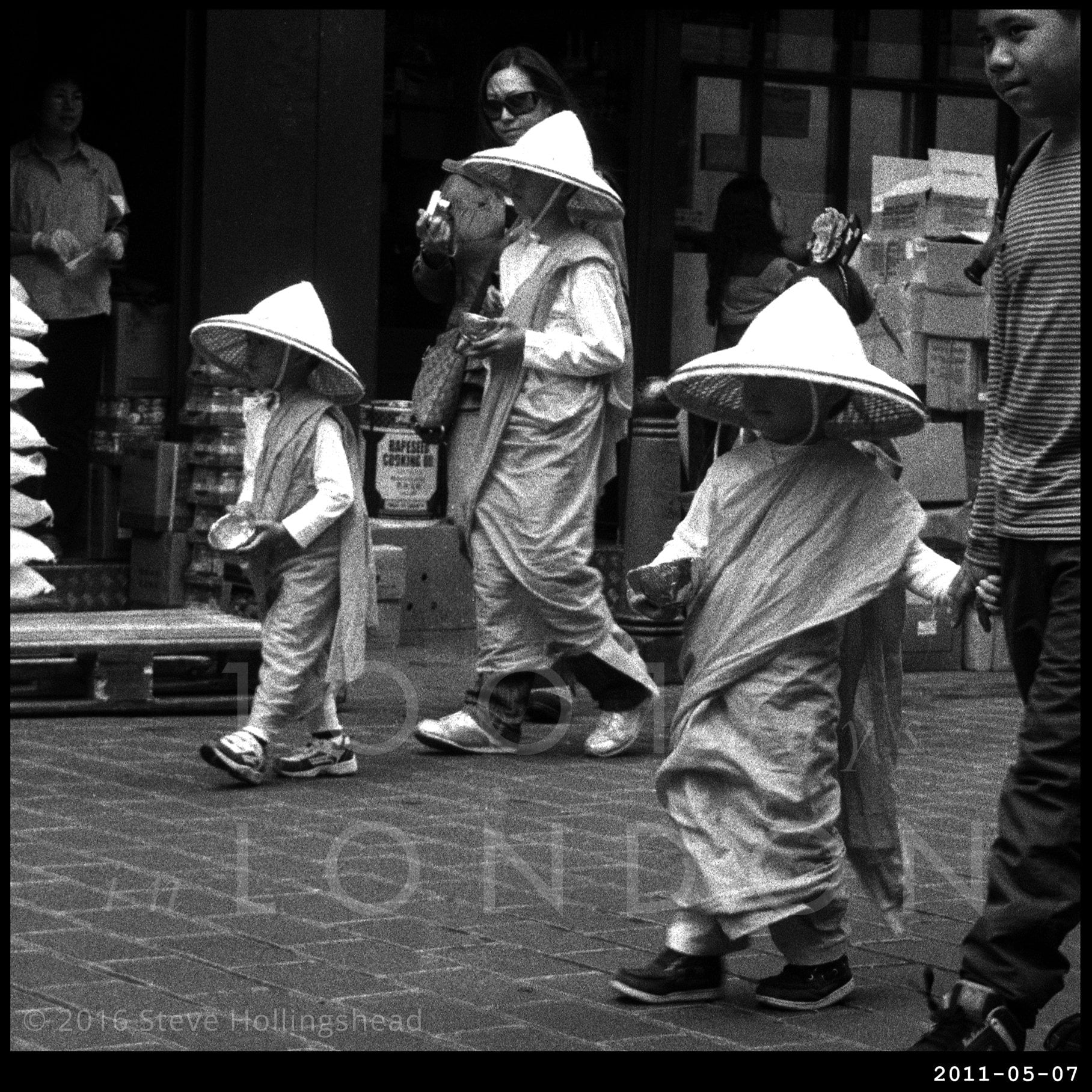 For those of you who have braved recent New Year celebrations in Chinatown and found themselves sharing the streets with half the population of London, this event may be a bit more to your liking.

It may be considerably lower key, and there won’t be any firecrackers, but there’s a colourful procession (maybe not as big as the one in New York, but then that’s a much larger community), with lions and drums, a Buddha bathing ceremony and some music and dance. It’s also a lot easier to get something to eat. 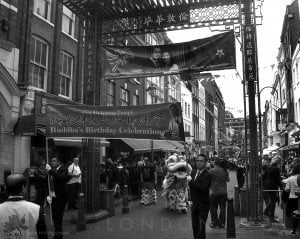 So this is Vesak (or Wesak) Day, celebration the birth, enlightenment and death of Buddha, who, in 2011 would have been 2555 years old (despite no one being exactly sure when he was actually born), the event being organised here by the London Fo Guang Shan Temple.

The Chinese began to establish themselves in this part of Soho in the 1960s, when the rents in the historic but run down Lisle and Gerrard Streets were very affordable, even for Jazz legends. That’s not quite the case now, so the long term future of the community here is somewhat precarious.

Meanwhile, back to Buddha’s birthday, and here’s a song from Vietnam you can join in with, should you be so taken…