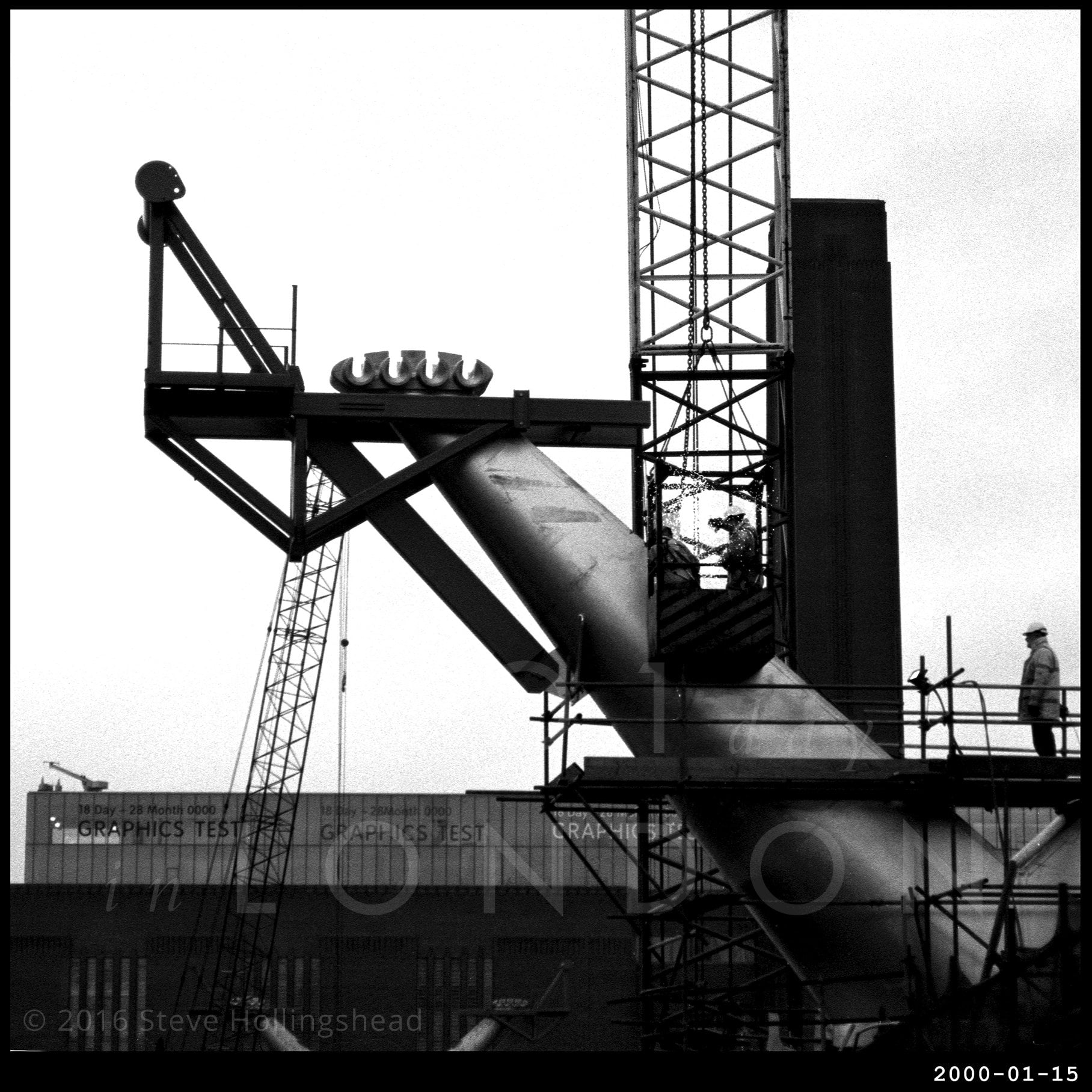 Until that pesky Sam Wannamaker started sniffing around near the buried ruins of the old Globe Theatre, and some Tate Gallery bods decided that that abandoned old power station could be quite useful as a gallery space, there really wasn’t a huge demand for a footbridge crossing the river at St Paul’s [not like the massive demand there is for a part-public funded privately owned super expensive folly to link a breakfast TV studio with a big Australian pub, oh no…]. Even river documentaries rarely took in the location – at 2.03 here, 2.51 here and 3.55 here. 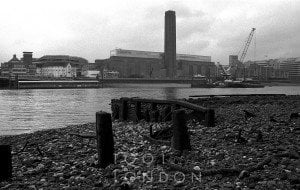 So, with interest beginning to blossom again in the once fashionable area called Bankside, Southwark Council held a competition [yes, a proper competition] to link these two iconic structures. And Foster & Partners won (with a bit of help from Sir Anthony Caro) with their Blade of Light idea. 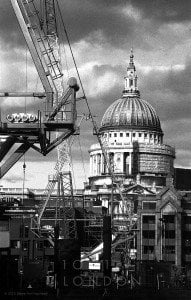 In fact, if it hadn’t been for the interruption of the first world war and escalating costs, there could easily have been yet another road bridge built here during the middle of the 20th Century: St Paul’s Bridge was to run from the East side of the cathedral and would then cut a swathe through the slums around Bankside on the south. And right where Shakespeare’s Globe ended up being built. 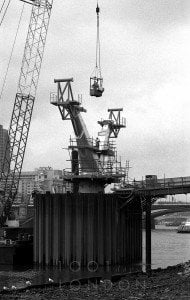 As can be seen here, the bridge wasn’t quite on time for the epochal landmark event it was named after. Although, as fate would have it, a somewhat different name would be appended the structure within days [hours, even] of its opening.

Not quite a blade of light, but a diamond nonetheless (sorry…)