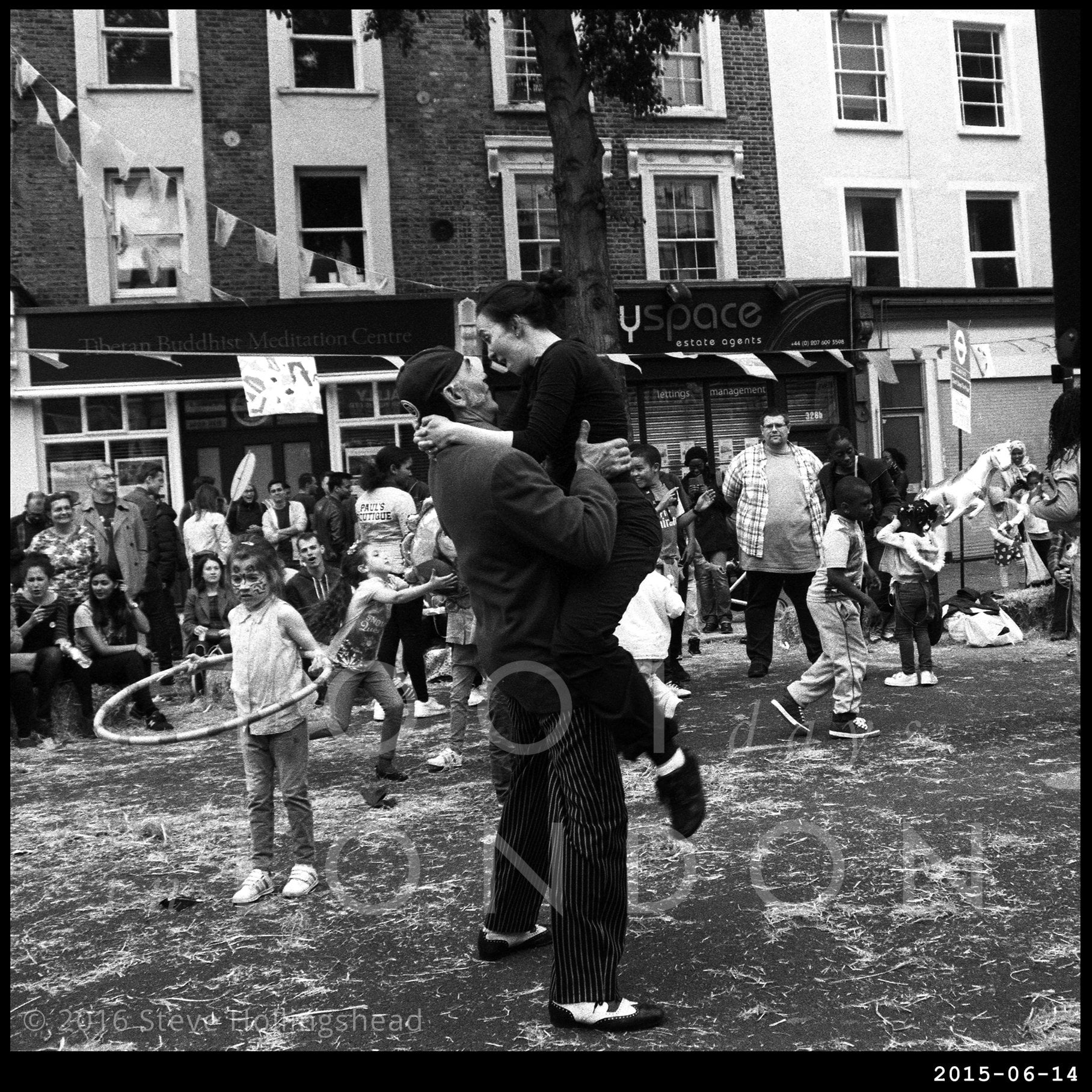 One of those rare things – a central London community that has succeeded in maintaining its presence in spite the constant pressure from developers and landlords to maximize profits through property – particularly challenging when your neighbours are Barnsbury on one side and Kings Cross on the other. 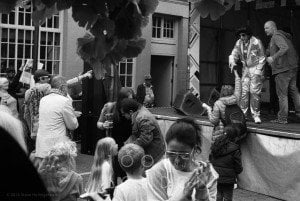 The area may no longer have its cattle market (which evolved into a bric-a-brac / antiques market, which then found itself shipped off to Bermondsey), but it still has the clock tower – as well as two rather splendid murals celebrating the Tolpuddle martyrs. There’s also a quite famous prison, but we don’t need to dwell too much on that. The BBC came this way with a documentary crew in 2012, which was nice of them.

Anyway, the people of Caledonian Road have been celebrating their manor with an eclectic and popular street party every year since 2010. Amongst those entertaining the crowds are local celebrity Dave Elvis – receiving approval here from his East London counterpart – and not-quite-so-local ska funsters Killomanjambo. 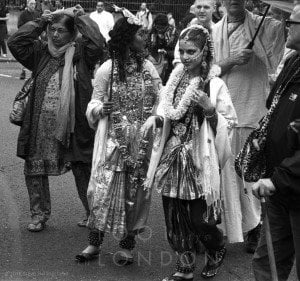 Oh, and it was another of those days with more than one event to take in – and it’s Rathayatra time again, but we’ve covered that already…