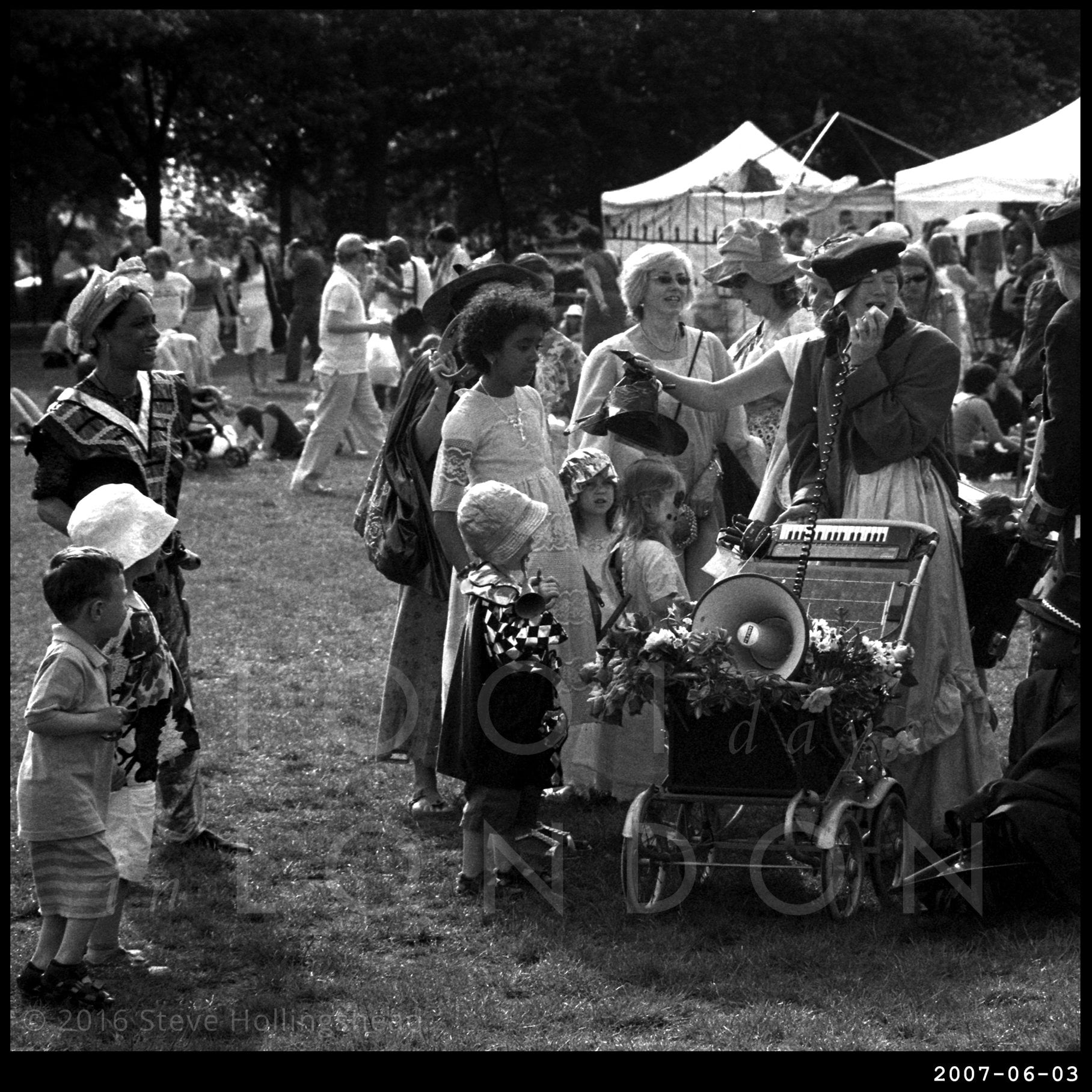 To be honest, I’m not entirely sure what’s actually going here. The event we’re at is the annual Camden Green Fair – not a fair in Camden Green (slightly outside of our remit, that one…), but a festival of all things environmental, recyclable and healthy (with some fun stuff as well, of course…) held in Regent’s Park, the eastern chunk of which lies in the Borough of Camden. 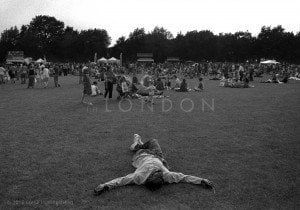 The fair itself began as a small gathering of like-minded activists in 1991, expanded over the years to warrant a move to Regent’s Park in 2005 and by 2011 was big enough to call itself the London Green Fair [the website for which now appears to have become a Chinese Viagra shop, which I suspect wasn’t part of the original plan]. 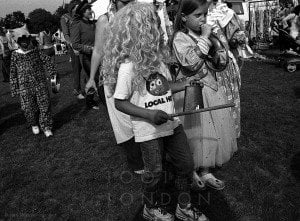 What appears to be going on here is no doubt some sort of brainwashing activity in which very young folk are trained into becoming ‘eco-terrorists‘ of the future by luring them with some fancy clothes to dress up in and allowing them to wander round the park making lots of noise with a loudhailer and some musical instruments. The fiends. 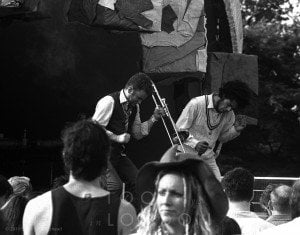 Meanwhile, over on the main stage was some much more wholesome fun with the highly energetic (and occasional guerilla giggers) Imperial Leisure.