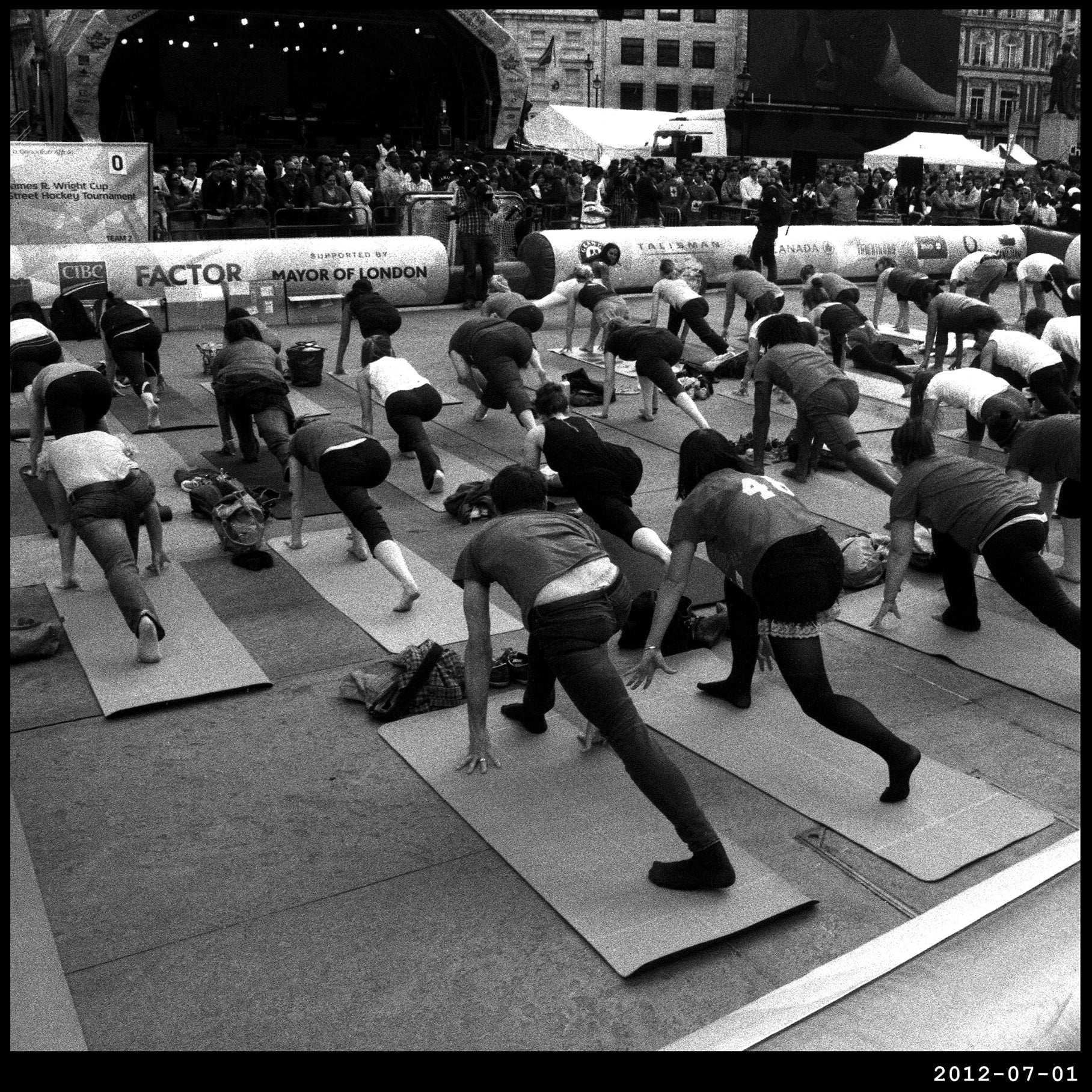 Well, I don’t expect we’ll see this sort of thing happening in Trafalgar Square on St George’s Day. Somehow, the Canadians here (for this is the annual Canada Day Festival) are quite comfortable with clearing enough space (previously occupied by a pop-up hockey pitch) for a mass yoga session. You would think yoga doesn’t seem like a particularly Canadian pastime, but then if your Prime Minister’s seriously into it, then why not? 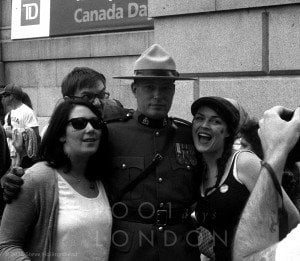 Obviously Hockey is very much a Canadian thing, and there’s plenty of that going on here as well as lots of other Canuck activities on a day that commemorates the day in 1867 that the Dominion of Canada was formed, creating the conditions for the unleashing of Mounties, Poutine, Peanut Butter, Neil Young, Lacrosse, William Shatner and Justin Bieber upon the world. Thanks. Incidentally, if you look up ‘Canada Day in London’, you might not necessarily get the right London. just thought I’d let you know. 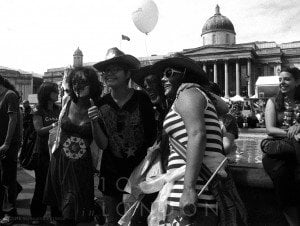 Anyway, back in Trafalgar Square, the giant yoga mat is rolled up & the place fills up for an evening of homegrown music to keep the ex-pats happy, especially fans of Rich Aucoin and Our Lady Peace, which brings us to this interesting recording.