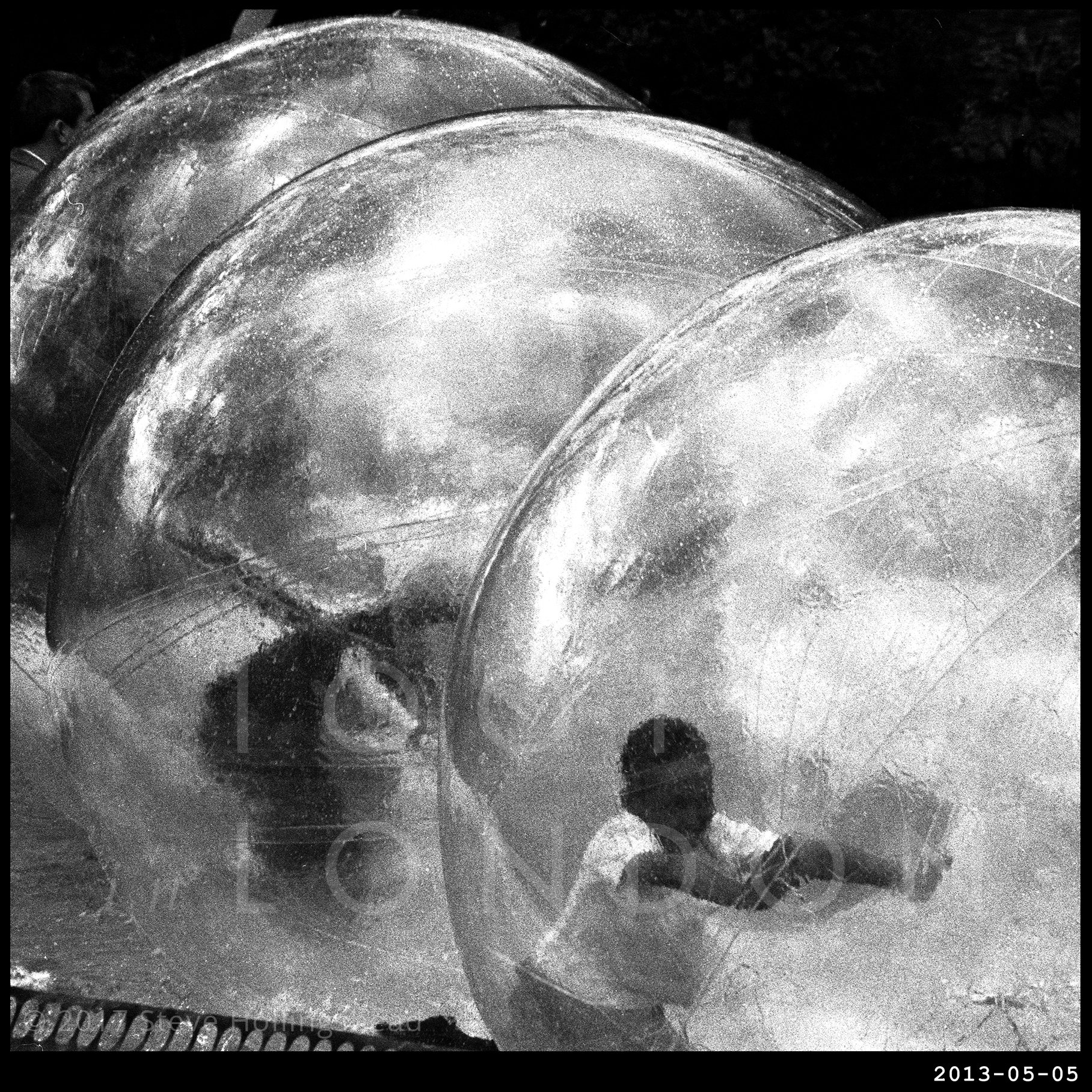 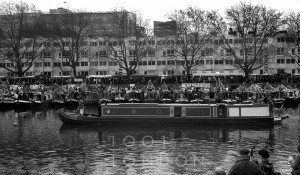 As may have been mentioned before, there’s an awful lot more to do at the Annual Canalway Cavalcade in Little Venice besides admiring the hundreds of elaborately decorated and bunting strewn canal boats butted up tightly against each other along the full extent of the towpath (and beyond). 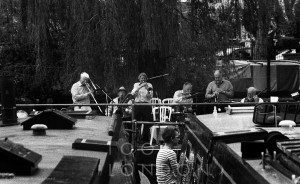 Obviously there’s lots of traditional waterways memorabilia and merchandise to buy, along with the mainstays of a traditional English spring day out: beer tent, Morris dancers [and you won’t get the latter if you don’t provide the former], Punch & Judy, teddy bears … there’s even a priest passing by to bless the boats. 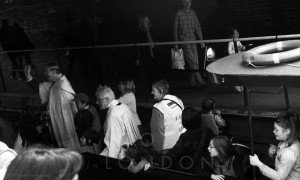 These days, though, the kids are after something different and a bit more challenging in the form of entertainment, and for the past few years Bubble of Fun have provided just that.

Naturally, children of an older generation are keen to make the most of this innovative approach to water sports, and water zorbing is now all the rage, although a higher centre of gravity does make standing up that much more difficult, and there’s always going to be some idiot who fails to appreciate the limited oxygen supply and temperature control these ‘vessels’ provide. 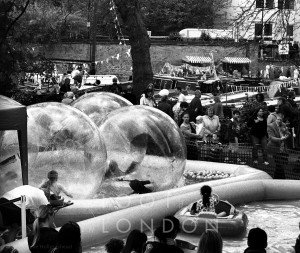 So, while we’re on the theme, we’ll commemorate the original Boy in the Bubble, not in the way John Travolta or Jake Gyllenhaal somewhat misguidedly attempted to, but with Patti Smith instead…