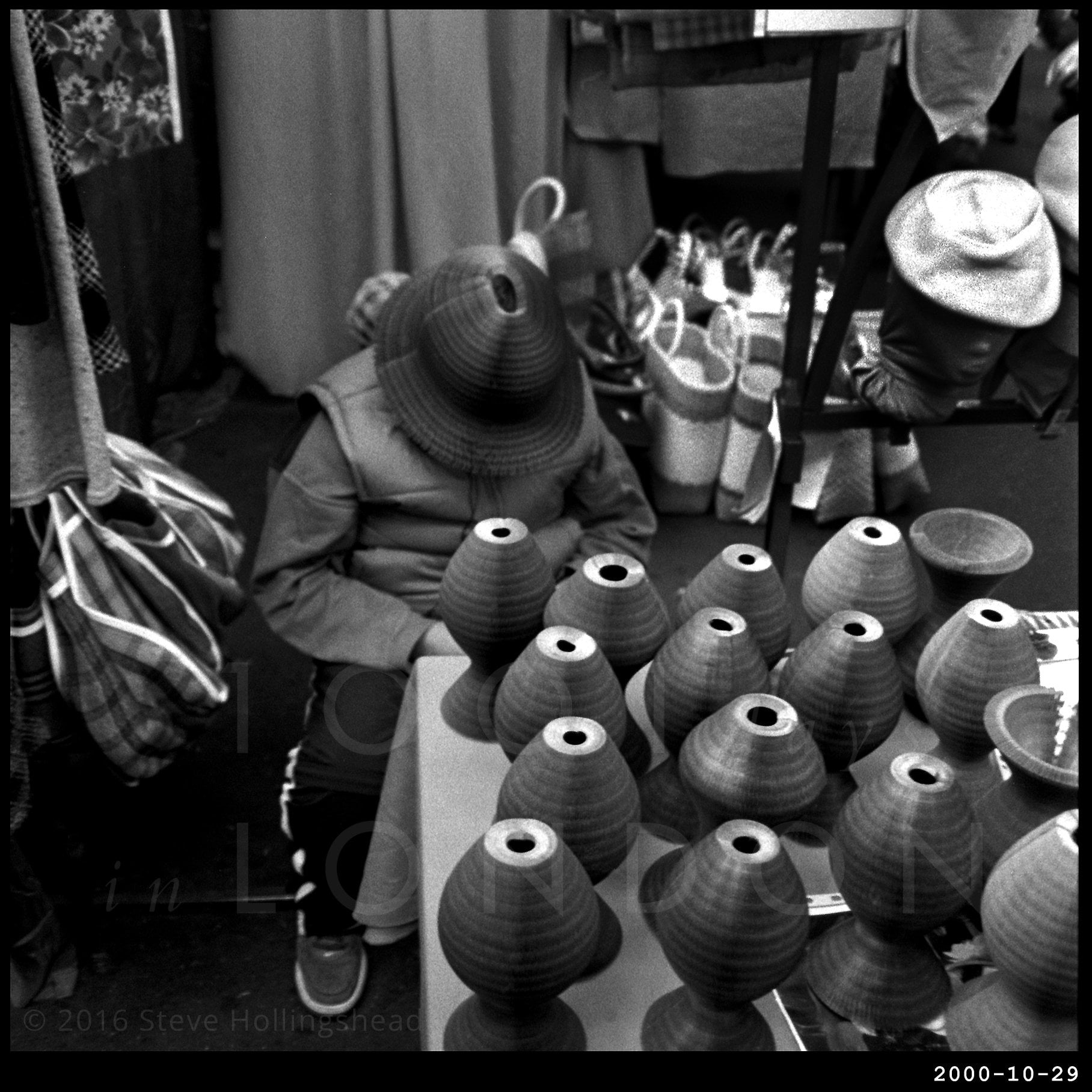 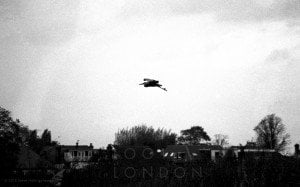 I must have had a considerable amount more stamina back in the early days of the century, as, somehow, to appease our weekend guests we managed to take in East London’s Sunday Market mecca and follow that up with a trip to Barnes to experience the Wetlands Centre [despite the fact that a lot of the residents here had already buggered off to the Caribbean for the winter]. 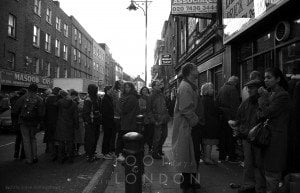 Brick Lane at the time wasn’t quite the hipster/tourist magnet it is now – in fact Phil Maxwell’s images from a few years earlier wouldn’t have seemed that out of place. What doesn’t seem to change is the perpetual queue at the Beigel Bake that has prevented the place from ever closing for the night since it opened in Roman times (well, it probably seems that long to the staff). 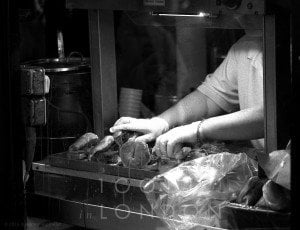 Equally (as mentioned before), ‘Old’ Spitalfields Market then had a good deal more rough charm than it’s post-2005 incarnation has ever managed – and what could be more charming than a stall selling (when the young chap wakes up) these ‘incredible’ and ‘amazing‘ vase-hats/hat-vases. 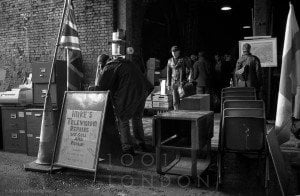 Made of corrugated cardboard (although you can now get wooden ones, which at least won’t disintegrate in the rain), they’ll look just the thing displayed on your cardboard table next to your cardboard sofa. We even have Elenie Mandell singing its praises…well, sort of…