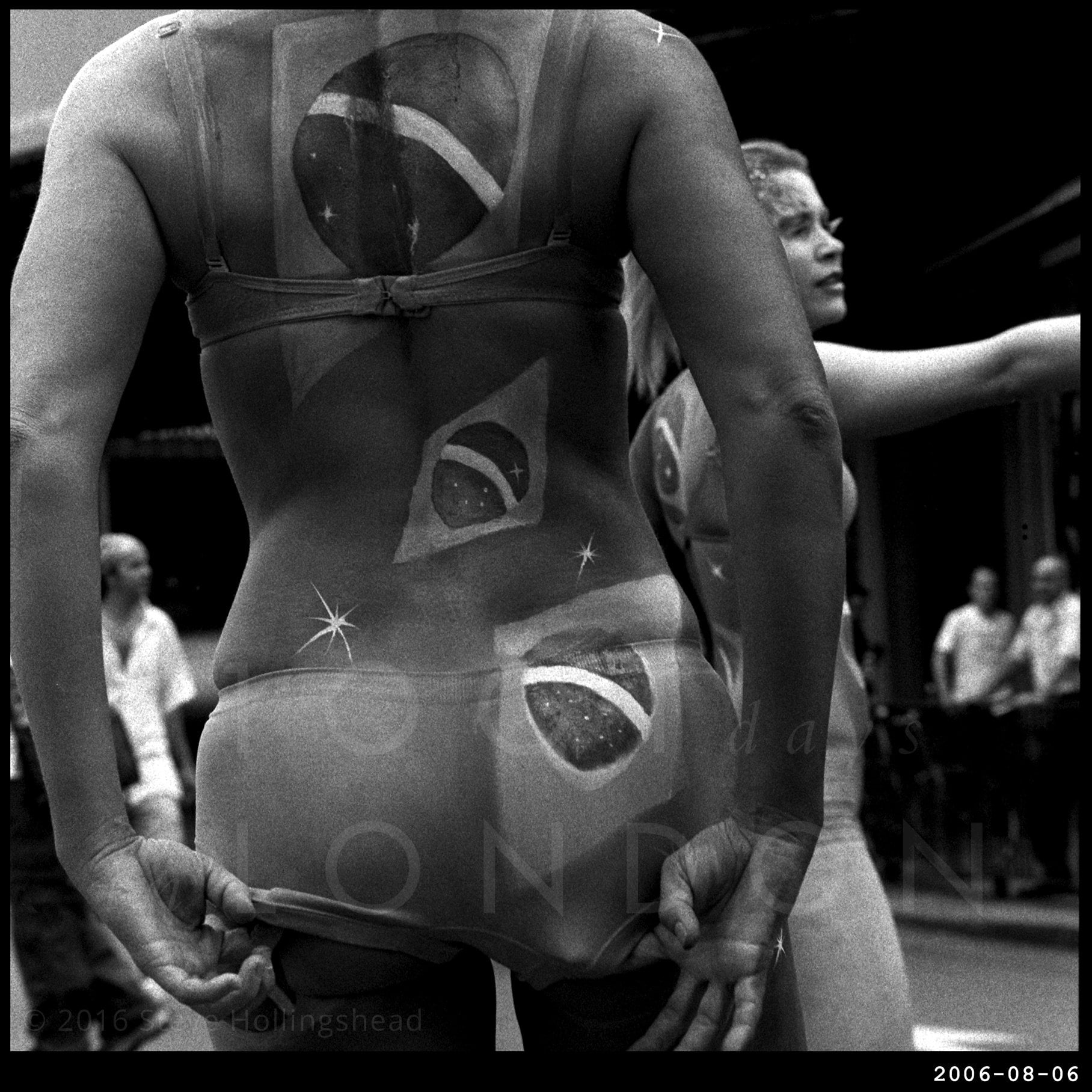 In a way it was completely appropriate for the organisers of the 2006 Carnaval del Pueblo to have their colourful multi-national procession dance their way along Borough High Street towards the main festival in Burgess Park – it is, after all, London’s original highway for travellers and of pilgrims. On the other hand, it’s a warm old slog even in a British summer, and some of the more energetic performers were completely shot by the time they were halfway down the Walworth Road. Maybe stick to starting at the Elephant in future.

The vast majority of participants here are ex-pats from Spanish-speaking Latin America nations in traditional costumes performing traditional dances, mostly based in the area south of Elephant and Walworth (for the time being, anyway) – the Brazilian community in London is slightly more dispersed – but no carnival procession is complete (no doubt decreed by law these days) without a contingent of scantily clad body painted Samba dancers. 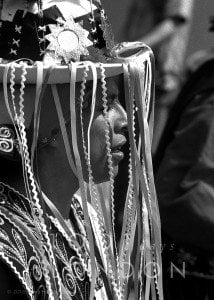 Brazil, as we all know, is a pretty big place & there are quite a few other dances to discover: There’s Caporeira, of course, and Forró is becoming more popular over here, but you could always try your hand at Jongo or Carimbó. 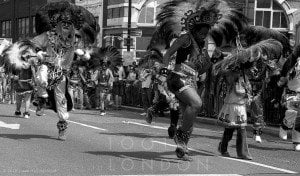 Slight time dislocation here, but had the procession continued to take this route in subsequent years they would have passed Southwark Playhouse, which, in 2014, brought In The Heights (with its Dominican Republic ex-pat lead) to a much appreciative city…