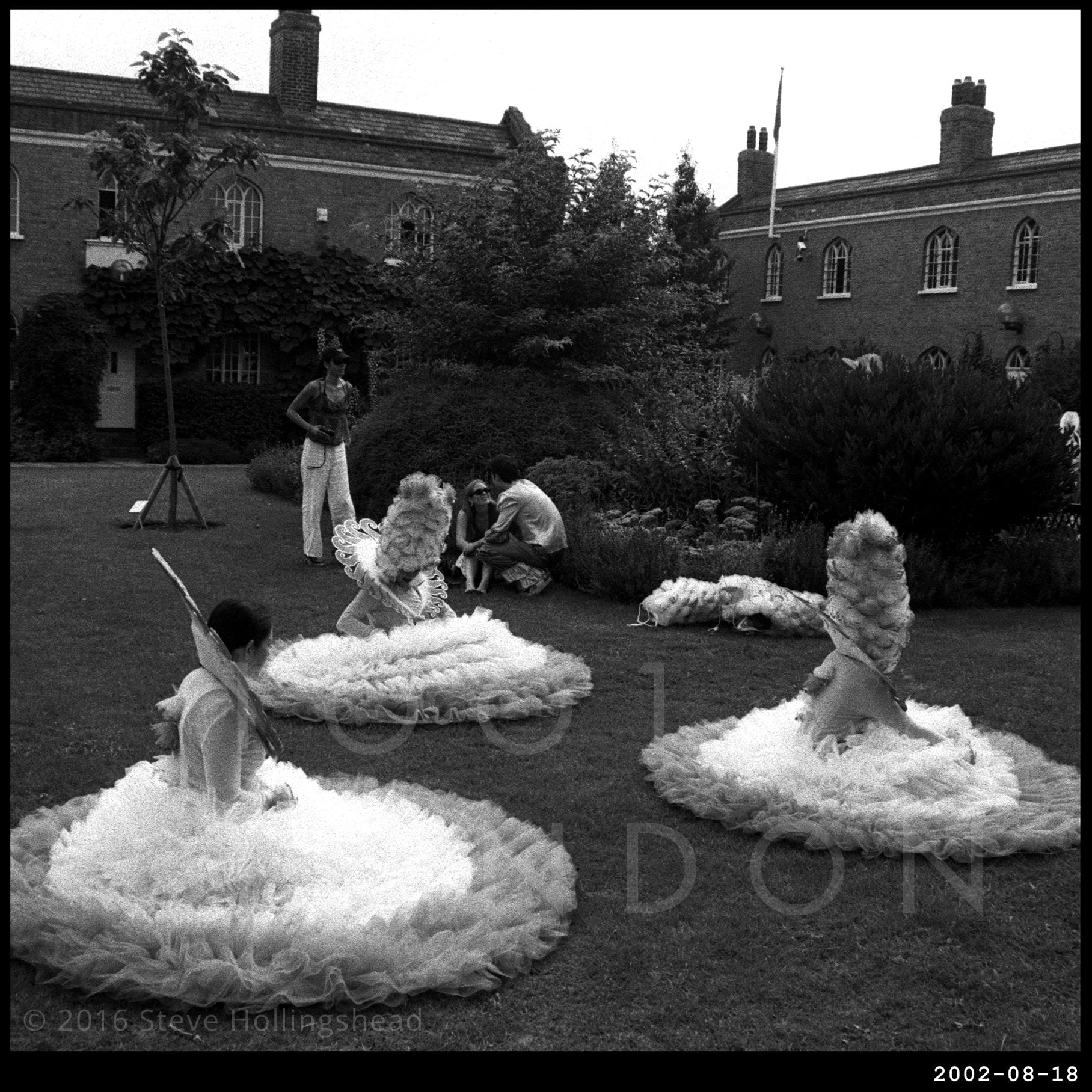 No, this isn’t another remake of Invasion of the Bodysnatchers, with alien replicants sprouting from pods buried in the ground. Nor is it a particularly unfortunate accident for this group of performers simultaneously coming a cropper during preparations for a tree planting session. These are in fact participants in the annual Carnaval del Pueblo (or ‘Europe’s biggest Latin American Festival’ to us gringos), having a bit of a break between the long procession from Elephant Road (here showing part of the Heygate Estate before it was sold off to the Far East) and performing in the festival proper in Burgess Park. 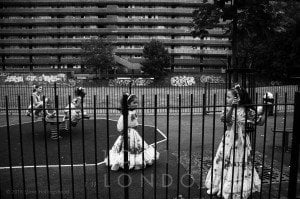 We’ll cover the parade on another date (and probably mention the rapid demolition of a community which used to provide the heart of the event itself, no doubt). And we already know a bit about goings-on in Burgess Park.

This little oasis of calm is Chumleigh Gardens, old almshouses that in a previous existence was the Female Friendly Society Asylum and these days is serving an equally sociable purpose as an arts venue and café.

The Festival itself, enjoyed by expats from Bolivia, Colombia, Chile, Dominican Republic, Ecuador, Mexico, Peru, Cuba, Brazil and more, gradually builds during the afternoon and climaxes with a packed evening of music & dance the park. Amongst the acts taking place have been (almost) all-woman band Caramelo Orquesta