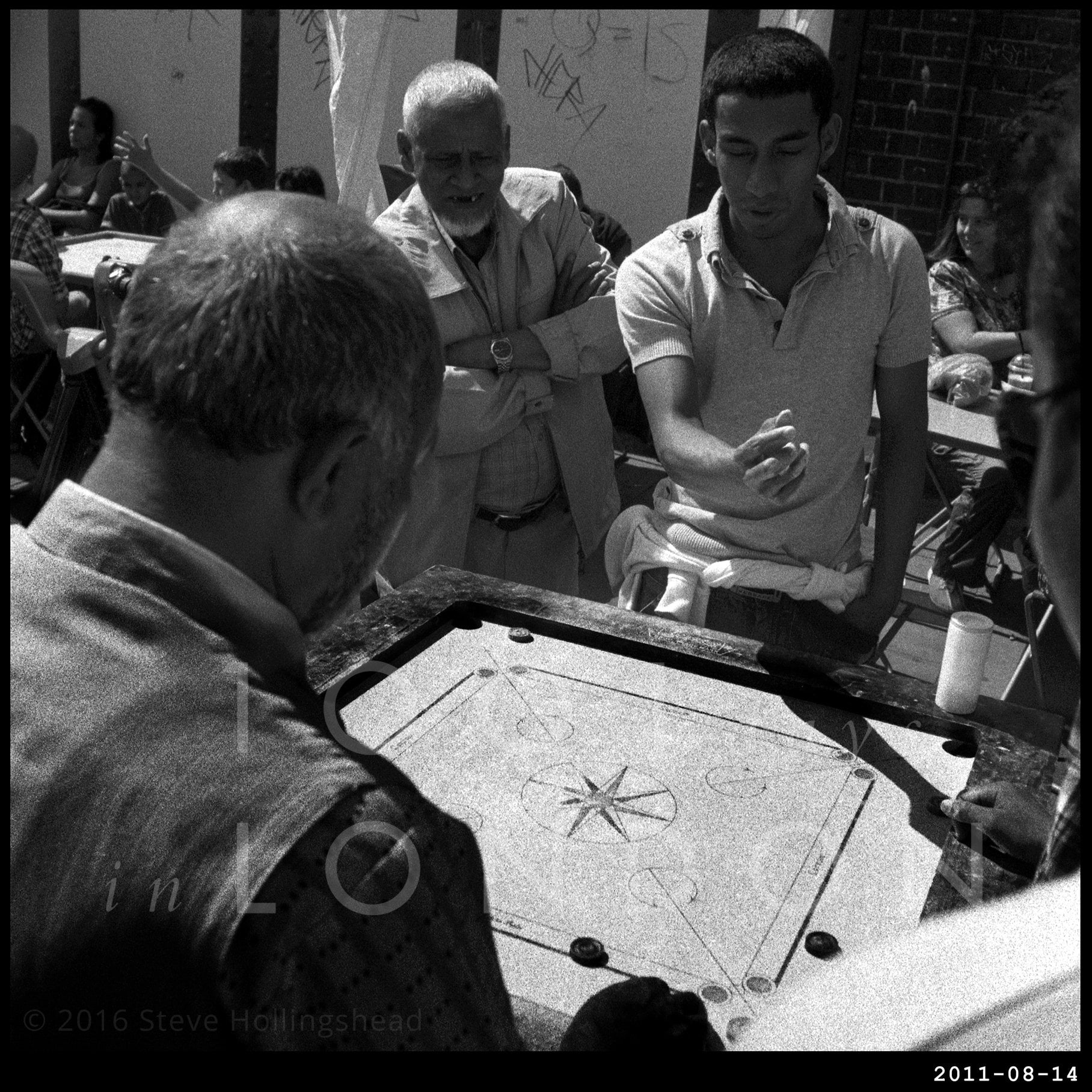 Brick Lane, generally, is famously known for two seemingly disparate groups of occupants: there’s its continually evolving migrant population, the current holder of that particular badge being a large vibrant Bangladeshi community. Meanwhile, at weekends in particular, street fills with young clubby types looking for vintage clothing, kitsch furniture and bagels – and photo opportunities, naturally – not much, then, to analyse in the Venn Diagram of contemporary cultural interaction here. 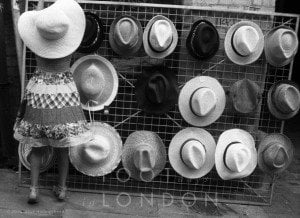 Except here in the street food zone near the bottleneck created by the London Overground bridge works, where enterprising enthusiast ‘Carrom Paul’ (yes, there’s a bit of a clue in the name) has created a rare zone of activity that seems to appeal to all comers.

So this is Carrom – a sort-of cross between drafts and billiards that became popular in India well over a century ago and is now played throughout the world (even Royalty are giving it a go), and our Paul is quite the enthusiast for the game. 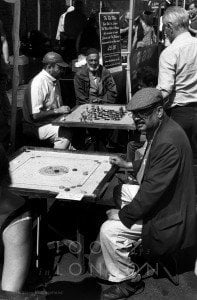 Not to be outdone, there’s an enthusiast for the slightly more traditional game of chess sitting nearby, taking on as many as four opponents at a time, and he’s apparently known as The Chess Master (does nobody have a proper name around here?).