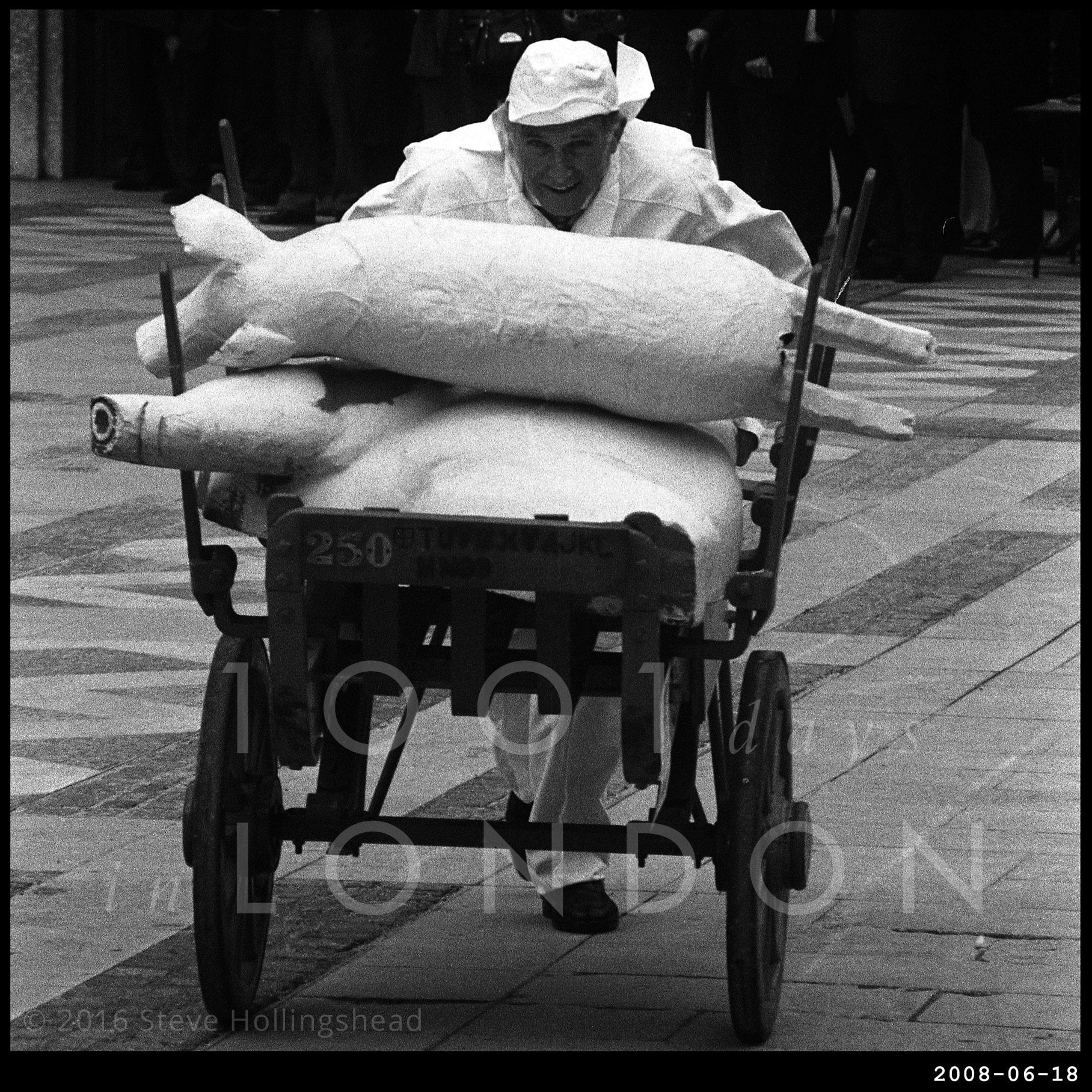 It may look like this fellow is rather earnestly trying to get away from a posse of irate shoppers who’ve just discovered his ‘rare breed’ pork wasn’t quite the organic delicacy they’d been led to expect. In fact the truth is almost as implausible: He’s just run with his barrow halfway across Guildhall Yard so that some chap in expensive robes can push a hot branding iron into the side of his vehicle, and then turned round and run all the way out again.

Yes, we’re at Guildhall, the heart of the City of London, which is getting on for 600 years old now, and which also houses an excellent library and art gallery. Much earlier, though, it was a Roman amphitheatre, which is undoubtedly the perfect excuse to hold the occasional gladiator contest here. 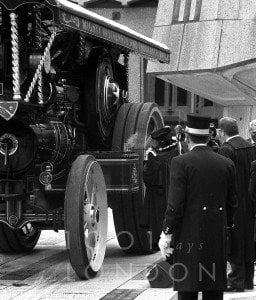 Anyway, I digress. This is Cart Marking day – an ancient tradition (well, since the 16th century, anyway) in which the current Lord Mayor gets to ‘mark’ a selection of vintage and modern commercial vehicles with an annually changing letter as a licence to trade in the city. The Worshipful Company of Carmen has the story here. Ian visited the same day & has his report here, along with lots of photos. Here’s the experience from a driver’s point of view. And here’s a song from the most famous cart man of all. 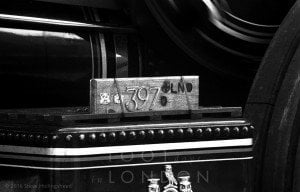