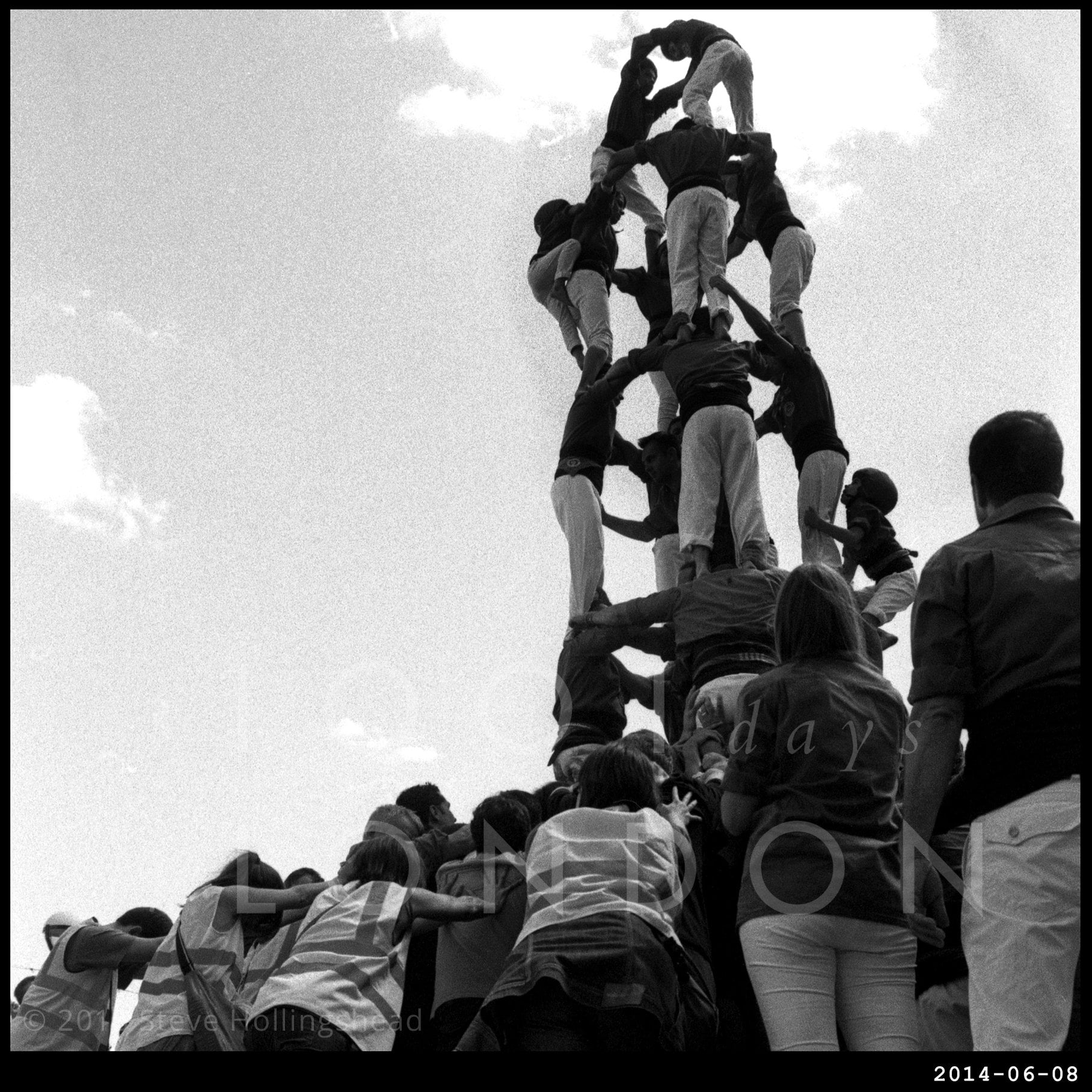 As a political demonstration on behalf of a region wanting independence from an apparently uncaring, monolithic and centralised organisation this takes some beating. Maybe the happy band of Gove, Johnson, Duncan-Smith, Galloway et al could attempt something similar in an effort to convince the still-undecideds of the nobility of their cause. I don’t imagine crash helmets would be necessary.

So… Catalonia. Yes, it’s part of Spain (other parts of which have featured in previous posts), but would really rather not be. As part of an independence awareness campaign, a good number of exponents of their awe inspiring human tower displays took themselves off to a half-dozen or so European capitals for a simultaneous demonstration of strength and unity. London’s Catalan community gathered with them by Tower Bridge, appropriately enough. 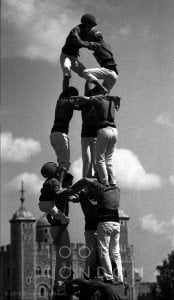 And strength is something very much in abundance in the building of a Casteller Tower. These have been a feature of Catalan life going back centuries, and every two years teams from various regions come to the city of Tarragona for a spectacular competition. 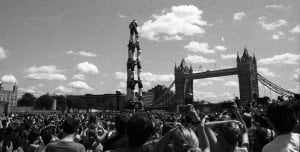 It’s also becoming hugely popular in China and India (never wanting to miss out on a World Record opportunity). A tower was created in New York  on the reconstruction site of the World Trade Centre, and a documentary has been made about the phenomenon – this is part of the soundtrack…

Meanwhile, just along the riverside 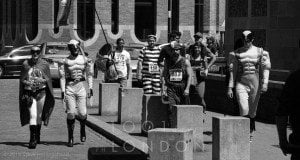 A whole host of superheroes are wearily making their way around town. It’s the annual Walk For Life charity fundraiser for Terence Higgins Trust, and participants are possibly regretting their selection of eye-catching yet stultifyingly hot costumes…