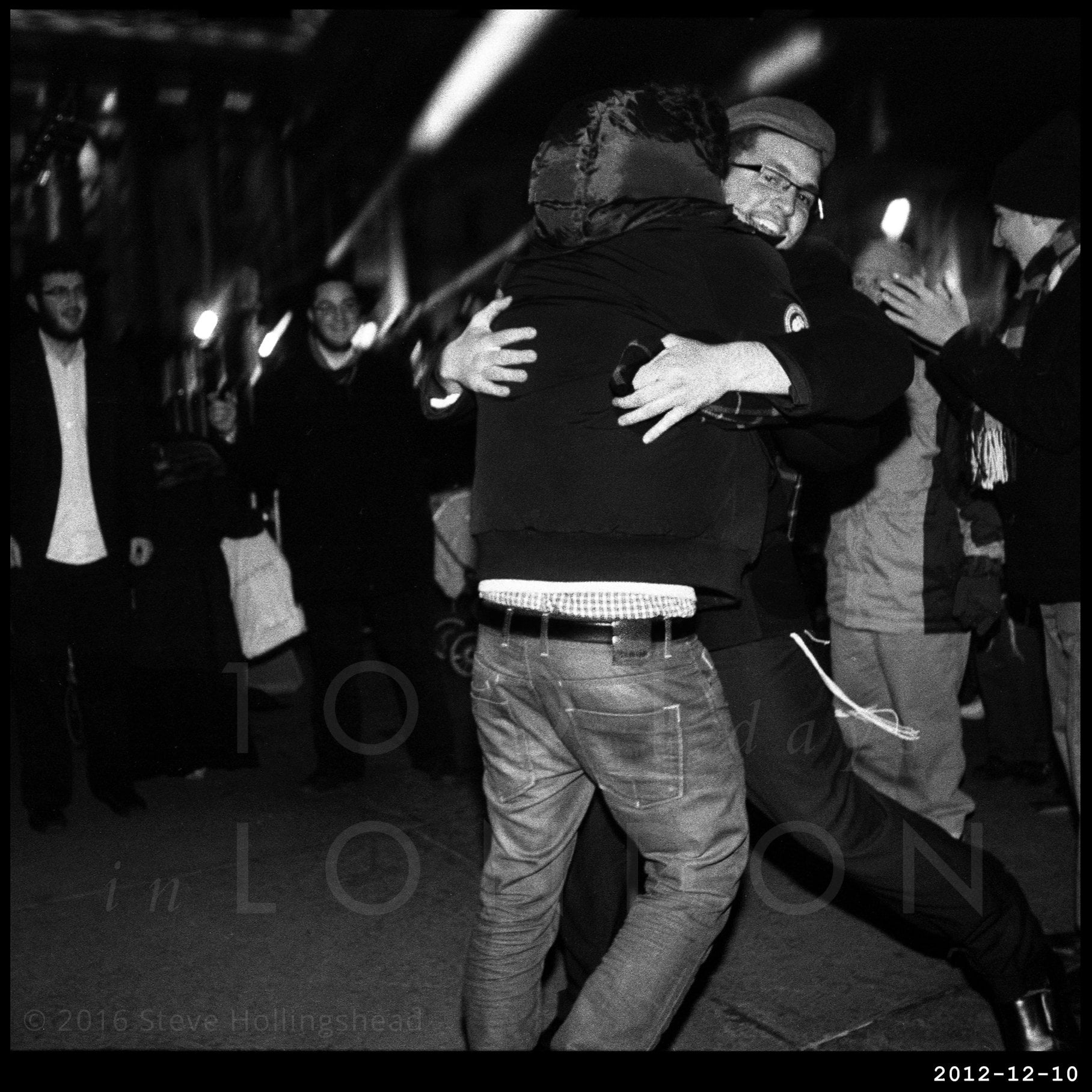 Chanukah in the Square 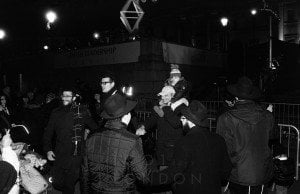 Chanukah (or Hanukkah if you prefer) is the Jewish Festival of Lights – which has nothing in common with the Hindi/Sikh Festival of Lights Diwali. It also has nothing in common with Christmas, despite the unavoidable presence of London’s big annual festive tree looming brightly in the background during the celebrations (although gifts can be given, which is seen as a sort-of compensation for Jewish kids missing out on all the fun those lucky Christians seem to be having around the same time) 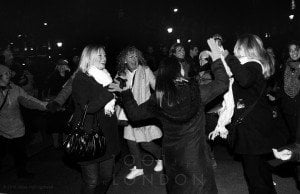 The festival is actually celebration of oil – not in the contemporary sense, of course, but in the miracle of the one day’s worth of oil that managed to burn in the menorah in the temple for eight days following a successful revolt against the Greeks around the time of Alexander – hence the significance of the candelabra and the 8-day duration. This also apparently accounts for the vast numbers of doughnuts (oil cooked, you see) being handed out during the evening. 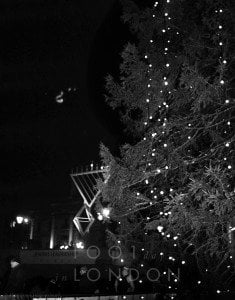 The major hero of the battle was one Judah Maccabee, which goes some way to explaining the name behind this group of performers who came one year to entertain the [somewhat damp on this particular occasion] crowd, if not this group, who didn’t. 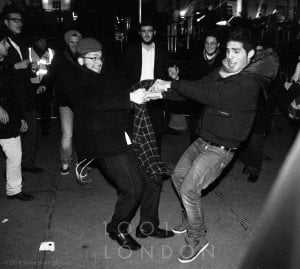 Anyway, Chanukah is considered to be a ‘minor’ holiday in religious terms, but it still provides a rare occasion where you’ll come across Orthodox Jews letting their hair down [metaphorically speaking] in such a public space. So… let’s rock!